The digitalisation of the railway sector is much talked about right now, but RailNetEurope (RNE) – a Vienna-based umbrella organisation for railway infrastructure managers/allocation bodies – has been promoting digital solutions for over a decade. One such example is PCS – RNE’s international Path Coordination System – and in 2016 a revamped version called PCS Next Generation was released. RNE’s Harald Reisinger (Chief Information Officer) and Máté Bak (Head of PCS) explained to Global Railway Review the ways in which this deployment represents a leap forward for the industry. 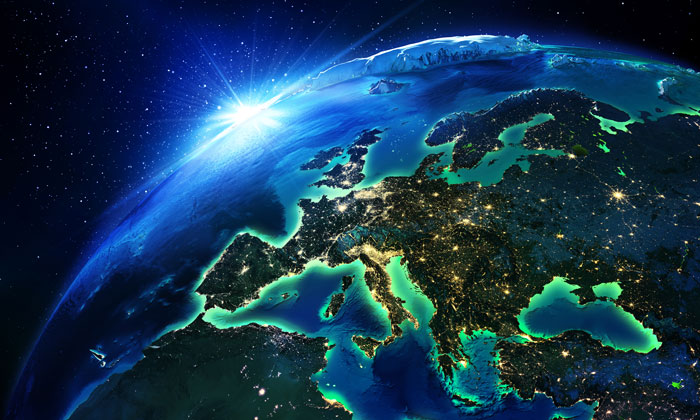 The RNE Path Coordination System (PCS) is a web-based platform for international train path applications and offers. It is used by railway undertakings, infrastructure managers, and allocation bodies to coordinate their production plans for the annual international railway timetable – without the need for paperwork. It also handles ad-hoc path requests, as well as Pre-arranged Paths (PaPs) on Rail Freight Corridors (RFCs), according to harmonised procedures. International paths need only be requested once, either in the domestic booking application or directly in PCS.

Moreover, PCS assists railway undertakings and applicants in their pre-coordination tasks related to international train path studies. Thanks to additional functions developed as the need arose during the past 12 years, PCS has become international timetablers’ favoured planning tool.

From Pathfinder to PCS

Responding to a clear market need, the ‘Pathfinder’ online platform was launched in 1997 under the aegis of six countries and later joined by Forum Train Europe (FTE), a framework organisation of infrastructure managers and railway undertakings in charge of international train path planning and timetable coordination. RNE was set up in 2004 and shortly afterwards tasked to take over Pathfinder, which, by 2005, already boasted 260 users from 22 different companies.

In 2008 the Pathfinder Integration Platform was launched, which improved the interface between Pathfinder and national path booking systems, while 2009 saw the introduction of two new functions in the tool: ‘Late’ and ‘Ad-Hoc’ path requests.

Clearly, Pathfinder had implications for railway regulation, hence it was demonstrated to several national railway regulatory bodies and the European Commission in February 2008. To ensure non-discriminatory functioning, a joint annual meeting institutionalised information exchange about new features. The first edition in November 2008 led to the signing of a Memorandum of Understanding between RNE and the regulatory bodies in November 2009.

In 2011 Pathfinder became ‘Path Coordination System’ as part of RNE’s new corporate design and PCS 3.0 was launched. In 2012-2013 development concentrated on requirements stemming from TAF/TAP TSI and the European Union’s Rail Freight Regulation 913/2010.

Continuous dialogue with users has been a feature of the system’s development right from the start and resulted in an e-learning platform being set up in 2008. The first ‘Pathfinder Days’ were held in December 2009 in Vienna and since then this event has become an annual fixed point in the RNE calendar. 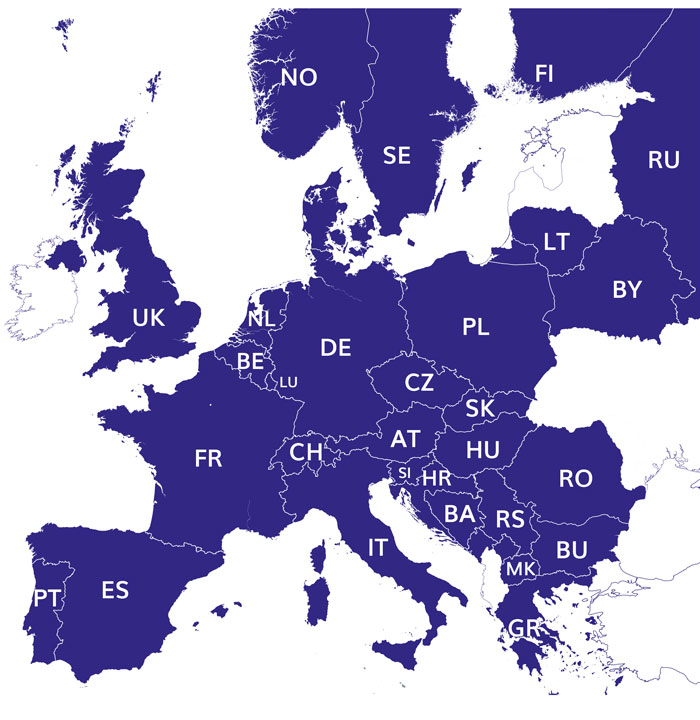 Following user feedback and changes in the European legislative landscape, many developments have taken place in the past three years. Two major functions were added in 2013: ‘Pre-arranged Path’ (PaP) and ‘Corridor One-Stop Shop’ (C-OSS), which meant that in November 2013, when the initial six RFCs began operations, PCS was the only system in which RFCs could offer their capacity (PaPs) to railway undertakings. PCS 4.0 then introduced the ‘main and subsidiary timetable concept’, which allows the creation of one master timetable (main) and as many additional timetables (subsidiaries) as needed within a single dossier.

In November 2013 the managing boards of RNE and FTE agreed to collaborate more closely on international timetabling and a new ‘PCS Advisory
Group’ first met in February 2014, bringing together representatives of infrastructure managers and railway undertakings. Representatives of FTE Members were also invited to participate in two new groups: PCS Test and PCS Training.

The increased number of users and the complete coverage of the annual timetabling process by PCS led to a higher level of transparency. This helped some railway undertakings to detect pressure points and enabled infrastructure managers to focus on several key process issues. These were acknowledged by the RNE General Assembly and a high-level task force was created to focus on filling the identified gaps.

The roll-out of PCS across Europe intensified in 2015 and resulted in many RNE members and their customers connecting their ICT systems to the platform. However, RNE must account for the fact that the ICT and process landscape of these companies is heterogeneous – every connection has brought unexpected challenges. RNE uses TAF TSI standards for these connections but other formats must also be supported.

From PCS to PCS Next Generation (PCS NG)

The number of PCS users had grown steadily over the years and 10 years of development – necessitated, among other aspects, by the Rail Freight Regulation and TAF TSIs – had turned PCS into a complex, somewhat rigid system. In 2014 a PCS team comprising a Technical Manager and Functional Manager was set up at RNE. In consultation with RNE’s Sales & Timetabling Working Group, the RFC community, and FTE, it listed more than 200 items that needed improvement, created a new development workflow and supervised system changes, leading to a totally new interface: ‘PCS Next Generation’.

This major overhaul focused on all functions and phases of the timetabling process, as well as on the system’s technical foundation. The architecture was improved – along with user-friendliness for railway undertakings, applicants, infrastructure managers, and RFCs (e.g. C-OSS) – by strongly relying on user feedback; for instance, the results of a user survey carried out in 2014. A new back-end, able to absorb new functionalities as the need arises, has been created, along with a new front-end that makes PCS easier to learn. Other important aspects included: Customisation (users can adjust the tool to fit their own needs), learning by doing, and continuous improvement.

Re-engineering a system that was over 10 years old initially led to some serious problems. However, these hitches were overcome and the majority of the functions deployed in January 2016, the remainder being activated in April 2016. The software and visual design have been adjusted to users’ needs. Information can now be accessed more quickly than before, the number of processing steps has gone down, search functions have improved, each user has a task overview and screens have been optimised. Moreover, system performance has increased and future updates will be easier to perform.

According to a small-scale user survey conducted in July 2016, PCS NG is overwhelmingly viewed as a ‘better’ or even ‘much better’ system. In particular, users appreciate the more structured navigation, the much-improved train characteristics copying function, the easier ‘quick search’ and ‘advanced search  functions, better visual design, labels, and filters. 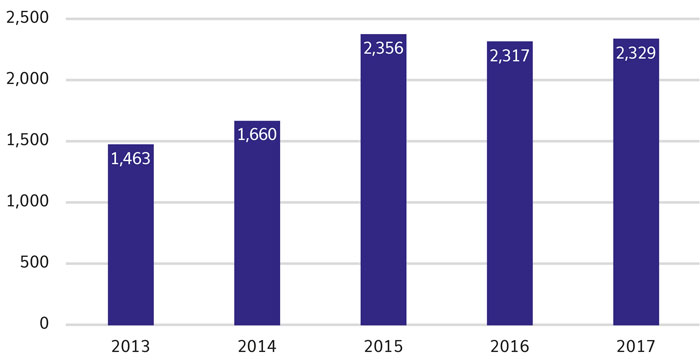 Number of allocated dossiers per year

A software tool for the European Railway Area

More recently, the European Union Agency for Railways approved the TAF/TAP TSI compatibility of PCS. Indeed, along with RNE’s TIS (Train Information System), PCS is viewed as a front-runner system both for TAF and TAP.

The ICT world never stands still. Infrastructure managers and allocation bodies that are RNE Members had to maintain four different location databases for different RNE applications that have grown in a disjointed way within different organisations (PCS, Train Information System, Charging Information System and the newly-acquired Common Components System). This is a source of inconsistencies and stands in the way of interconnection. To remedy this situation, the RNE Big Data project has been initiated. Thus, today PCS is provided with a location codes database in line with TAF/TAP TSI. All locations now have a Reference ID and are harmonised across PCS and the CRD (Central Reference File Database), which is part of RNE’s Common Components System (CCS).

Following the transfer of CCS from the UIC to RNE at the beginning of 2015, RNE is now in a position to create and run a Central Application Database (CAD) to manage topological data. Thanks to the CAD, RNE Members will only have to maintain one system, and other RNE applications will synchronise the required information. This project will also simplify the use of functions shared across several RNE applications.

A new release went live in November 2016. In addition to several improvements, the ‘Empty Envelope’ concept is being developed. A group of PCS users, supervised by RNE, FTE, and Netcetera, is working on the standardisation of dossier generation – from the design phase to the active timetable phase. If all goes according to plan, a release in November 2018 (for the 2020 timetable year) will incorporate this improvement. In any case, thanks to its adaptability, PCS continues to respond to current train path planning complexities and plan for future needs.

There are two ways to work with PCS:

For other details and the PCS guidelines, visit: http://pcs.rne.eu

HOW CAN YOU BECOME A PCS USER?

Free user accounts are offered to all RNE Members and their customers licensed on any of their networks. Basic services are free-of-charge but additional services are subjected to a fee. Please get in touch with PCS Support via [email protected] You will receive PCS IP documentation and a PCS Interface Agreement for Users, which has to be signed. A process and system analysis will be conducted with a successful test phase ending with a ‘go live’.

Since January 2007, Harald Reisinger has been the Chief Information Officer (CIO) of RailNetEurope (RNE). Prior to this between 2005 and 2006, he was the CIO of ÖBB, the Austrian railway company and, before that (2002-2005), CIO of ÖBB Betrieb AG (the Austrian rail infrastructure manager). Harald holds a Master’s degree in Computer Science and Economics from the Technical University of Vienna.

Máté Bak graduated from Budapest’s University of Technology and Economics as transportation engineer and started his career at VPE, Rail Capacity Allocation Office Ltd, first as IT Coordinator and later as IT Manager. He joined RailNetEurope (RNE) in 2014 as PCS Technical Manager and as such was responsible for all PCS-related developments, first level support and trainings. He was recently promoted to Head of PCS, which entails the lead of the PCS team within the RNE Timetabling department.