More than ever, the European Rail Traffic Management System (ERTMS1) is at the heart of the European strategy for an ever interoperable, high-capacity and safer European railway network. The specifications implemented on key lines and corridors in Europe, but also in an increasing number of countries outside of the European Union (demonstrating the maturity and reliability of the system worldwide), are bringing numerous benefits for railway undertakings and infrastructure managers but also to the system as a whole. Michel Van Liefferinge, General Manager of UNISIG and Léa Paties, Project Manager at UNIFE, provide information on the evolution of ERTMS telecommunication technologies for the coming decades. 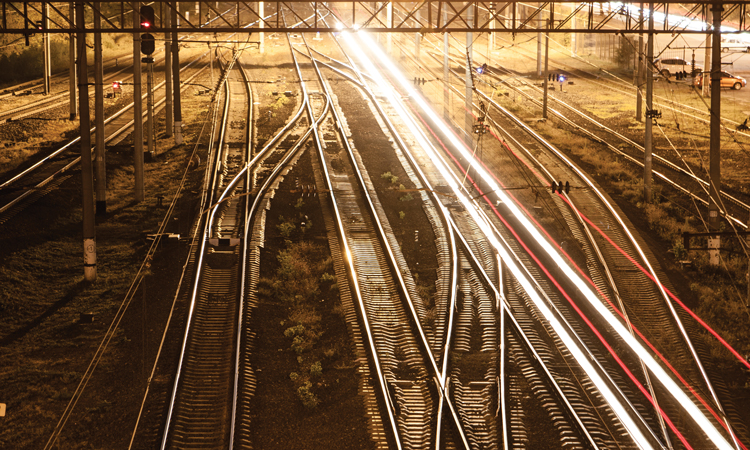 Today, almost 10,000 vehicles are ETCS equipped worldwide and almost 70,000km of tracks are ETCS fitted. These figures are making for a very encouraging future for ERTMS.

Whilst the standard is now recognised as a reference in rail signalling, return on experience is being processed and specifications updated accordingly. More and more countries are now starting to deploy ERTMS as part of their national strategy (e.g. Belgium, Denmark or the United Kingdom), whilst others are developing their plans for implementation. New requirements according to the type of network and type of operations are also pushing the system to continue its evolution. The railways are looking to get all the benefits of ERTMS Level 2 and Level 3 to face an increasing capacity demand, together with a step change in the telecom technology. Market requirements are evolving in Europe and worldwide. Both components of ERTMS (ETCS – European Train Control System and GSM-R – Global System for Mobile communications – railways) are bound to continue their development. Telecommunication applied to rail signalling is today at a turning point.

At European level, the European Railway Agency (ERA), which acts as the system authority for ERTMS, is preparing, with the support of the European Commission and the entire sector, the future of telecommunications for railway signalling.

UNIFE, the association of the European rail manufacturing industry, and its members, the world-leading ETCS suppliers, share in this supplement their vision on the evolution of telecommunication technologies, for ERTMS, in the coming decades.

ERTMS is made of two main subsystems: ETCS, managing the movement authorities and GSM-R, used for both voice communication and for the transmission data of ETCS in ERTMS Level 2 and Level 3 between the infrastructure and the mobiles.

For ERTMS Level 2 and Level 3, the movement authority is communicated directly from a Radio Block Centre (RBC) to the on-board unit through the GSM-R network.

For the future of (mainline) signalling systems based on ERTMS Level 3, an accurate, continuous and safe position data will need to be supplied to the control centre directly by the train, rather than by track-based detection equipment. As the train continuously monitors its own position, there will be no need for ‘fixed blocks’; rather the train itself will be considered as a ‘moving block’. No more track circuits or axle counters will be necessary for the detection of the trains.

These two levels have been designed to increase safety and capacity on the railway lines. The highly performant as well as resilient and secure communications is an important aspect of the future evolution. GSM-R, a circuit switched technology, as of today provides a low performance, compared to modern standards based on packet switched technology. The system is now reaching its limits and is facing a number of drawbacks, compared to the evolutions of the system: for instance, the long call procedure, the non-optimised use of available bandwidth which limit the number of trains capable of being controlled in certain areas or also the low bit rate are issues that are hindering the proper performance of the system.

On the ETCS side, the vision is based on the exchange of information between the on-board and the trackside equipment through an IP network, independently of a specific bearer, providing that the essential performance requirements of ETCS are met. The performance of ERTMS Level 2 and Level 3 relies (in addition to parallel evolutions in ETCS) on transmission speed and quality. Indeed, for these levels, a continuous, secure and fast communication between the train and the track is essential and a prerequisite in order to guarantee an optimum performance level of the entire system.

The GSM-R technology, whose specifications were developed starting from the 1990s, is now showing its limits, especially taking into consideration the foreseen evolutions of ETCS and additional functions like Automatic Train Operation (ATO).

A complete independence of ETCS from the communication bearer will allow for the use of more performant and modern standards. The introduction of packet switched technology, in a first step GPRS/Edge, will allow for an increased speed of data transmission. An IP-based communication wireless network, as imagined today, will be one key element to transmit additional information related to train position, maintenance data or ATO data.

Further down the road, LTE (Long Term Evolution) or satellite applications are also expected to be used for ERTMS.

In Europe, GSM-R is expected to become obsolete by 2025. Outside Europe, some customers cannot use GSM-R to deploy ERTMS Level 2 and are currently looking for alternatives. Indeed, some projects have already been developed with ERTMS using other communication standards, like Tetra for instance.

The consequences to move to an IP-based communication system are the following: the on-board architecture will have to be adapted: the EVC (European Vital Computer) will get an IP port to communicate with a new ‘intelligent’ EDOR (ETCS Data only radio IC) which will be capable to choose continuously the best available bearer.

Bringing ERTMS into the modern era

The European railway sector is currently preparing for a long-term evolution. This evolution has to be properly managed through the drafting and agreement on a roadmap for future European standard in order to ensure backward compatibility, a key element to preserve investments made by railways and suppliers. This evolution of ERTMS is also important for the implementation outside of Europe.

Nowadays, modern telecom standards are all ‘IP-based’. ERTMS will have to adapt to these new standards in the future ensuring that investments already made will not be lost. The concept of backwards compatibility also has to be introduced in this context. This is imperative in the framework of the management of the evolutions of the system: adapting to a new environment and to customers’ needs whilst ensuring that already-made investments by others are taken into consideration.

A certain number of key initiatives have been launched over the past few years to start preparing the ground for the technological evolution of telecommunication for ERTMS.

For example, the TEN MAP2011 project co-financed by the European Commission includes an activity aiming at developing ETCS over GPRS specifications and demonstrating the suitability of a packet switching technology, such as GPRS, as a transmission system for ETCS.

UNIFE launched in 2013 a project co-funded by the European Commission (via the Seventh Framework Programme) called NGTC2 (‘New Generation Train Control’). Research activities on ‘IP-based radio communication’ are one of the main objectives of this project, gathering the key actors in the field of (mainline and urban) rail signalling. General Requirement Specification for the radio communication system will be collected and consolidated. NGTC, whose activities are expected to be completed by mid-2016, is preparing the ground for the future research and demonstration activities planned to be carried out by the companies involved in the SHIFT2RAIL3 Joint Undertaking.

SHIFT2RAIL will be the first major rail research initiative at European level and an entire pillar of its programme will be dedicated to the long-term evolution of railway signalling. Activities in Innovation Programme 2 (‘Advanced Traffic Management and Control System’) are expected to start in 2015. This pillar will be a key enabler in achieving the necessary step change in rail control.

Contributing to a robust, resilient and robust rail transport in Europe and worldwide

The sector has now moved from a stage of early definition and early implementation of ERTMS to a more mature stage. The commitment to prepare its evolution is part of the strategy of UNIFE.

The updated ERTMS Memorandum of Understanding, signed in Copenhagen in 2012, includes those requirements to be fulfilled by the sector. More than ever, the cooperation of all concerned actors, under the leadership of the European Commission, with the technical support of the ERA is vital. Coordination at European level is a must to fulfil these important and ambitious goals in order to ensure a competitive railway sector vis-à-vis other transport modes.

Michel Van Liefferinge has a background in telecommunication engineering. For 20 years, he has built a solid experience in the Signalling Division of Alstom where he has occupied several managerial positions including Vice-President Railways, Vice-President Technical, Vice-President ERTMS and Managing Director of Alstom Belgium Charleroi, the Alstom Development Centre of ERTMS Solutions and Projects. Since April 2011, Michel has been working as a Consultant and is currently acting as UNISIG General Manager for UNIFE.

Léa Paties holds a Master’s degree in European Studies and Project Management from the University of Strasbourg. She joined UNIFE in 2010 after having gained experience in public subsidies as a Business Analyst at Ineum Consulting in Brussels. Léa was previously involved in European Research and was the Co-Secretary of ERRAC, the European Rail Research and Advisory Council. She is now responsible for managing the rail signalling and ERTMS-related activities of UNIFE.