Throughout their history, railways have built their reputation and efficiency by ensuring that operational safety is their topmost responsibility, and as such a key constraint and core concern. Over the last 20 years or so, they have also had to deal with security challenges in the sense of preventing and combating malicious intent and behaviour harmful to customers, staff and infrastructure, etc., ranging from everyday delinquency through to the most sophisticated terrorist acts. Though the responsibility to protect people and property in a given country lies first and foremost with state bodies, railway companies have also had to develop security strategies in support of the action taken by national authorities – strategies which serve their business and development goals. 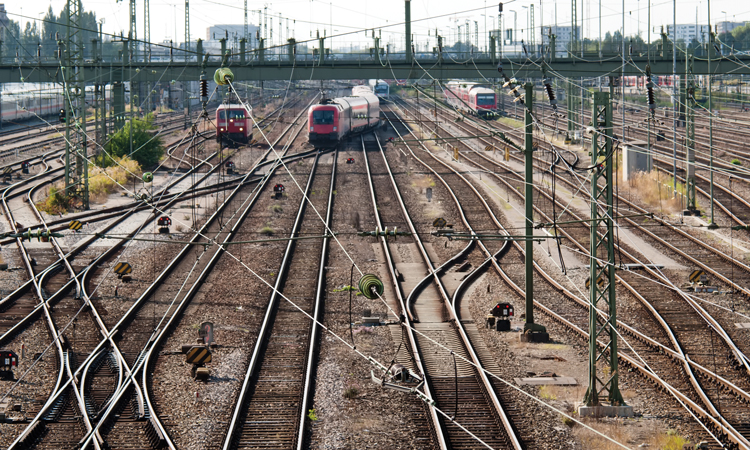 These strategies need to be drawn-up, developed and adjusted on an on-going basis, firstly because security issues evolve over time in a manner which is unpredictable and impossible to quantify in probabilistic terms, but also because the institutional framework for action is undergoing considerable change, with legislative and regulatory developments particularly pronounced in Europe.

The current reality, particularly in Europe, is becoming ever-more complex, and requires renewed efforts in favour of a joined-up approach between security policies, because:

Whilst it is important to isolate security from other constraints/aspects of service quality – if only because responsibility is shared with the public authorities – we still need to develop the concept of consistency with other constraints such as operational safety, allowance for natural risks, extreme weather events, etc., because from the customer’s point-of-view, the primary concern is that nothing disrupts his or her journey – whatever the cause or responsibility.

The concept of ‘comprehensive protection’, on which the UIC has worked specifically during 2013, responds to this idea and also includes the notion of resilience in the sense of the ability to restore normal service as quickly and efficiently as possible; this touches on civil defence, crisis management, partnerships with the emergency services, etc.

The UIC has been working on security matters for the benefit of its members since the late-1990s. Security is part of the UIC ‘Fundamental Values’ division, which sits alongside the more conventional technical divisions. The UIC Security Platform is a statutory body with a global (not purely European) focus, whose work is structured across five Working Groups and which holds an annual Security Congress to take stock of the work done and plan its future continuation. Moreover, specific efforts have been made in terms of European research projects: the UIC Security Department is directly involved in seven projects, one of which it coordinates. The goal is simultaneously to represent UIC members in these projects in order to highlight their needs, and to disseminate information amongst these same members in order to share the cost of investment, where possible, in order to obtain optimum return for the best price.

The current Working Groups comprise firstly the three permanent groups: Human Factors (chaired by the Russian Railways, RZD), New Technologies (chaired by the Italian Railways, FS/RFI), and Strategy and Regulations (chaired by the Belgian Railways, SNCB). The purpose of these groups is to propose harmonised practices or common standards in order to boost consistency between national security policies. The output of the first two groups is available and was published for the 9th UIC World Security Congress which was held in Paris in mid-November 2013.

In addition, two subject-specific groups have been set-up at the request of UIC members: one on the subject of metal theft, and the other on the security of international rail corridors and border crossings. The ‘metal theft’ group published its initial output in time for the Congress, with a view to developing a joint position paper between various organisations in the field of rail transport, and possibly others. This position paper will lay down a number of principles and actions, distinguishing between the tasks incumbent on rail companies, on national authorities, and possibly on European or international organisations.

The Congress, whose overarching theme was ‘Security policy: which strategies, regulations and partnerships for railway companies?’ addressed various aspects of security partnerships in terms of the principles underpinning them and the practical application thereof, and was attended by over 150 delegates from 33 countries.

The purpose of all of these actions is both to meet immediate needs and to prepare for the future, since it is certain that tomorrow’s challenges will not be met with yesterday’s or today’s solutions. This explains the focus on research projects, currently for the most part within the ambit of the European Union.

Two on-going projects will conclude in 2014:

The purpose of PROTECTRAIL is to validate the most effective technologies for the security of individuals, stations, tracks and various other railway infrastructures. These technologies are configured such that they provide those in charge of security with optimum decision-making support, and are assembled in modular fashion so that modules can be exchanged and new perspectives integrated without difficulty. The project’s concluding conference will take place at the UIC in Paris on 13 and 14 May 2014.

Coordinated by the UIC, RESTRAIL’s goal is to reduce the occurrence of suicides and trespasses on railway property and to mitigate the impact thereof on operations and service. The main measures envisaged (technical measures, education/training-focused behavioural measures) are currently being field-tested, and a toolbox for decision-makers is being prepared in order to allow them to act within their sphere of responsibilities with as much decision-making information and support as possible.

The other research projects are under development and will be presented at a later date.

For all of these subjects – evolving security policies, fitting security into the context of comprehensive protection of the railways, developing research efforts – the UIC acts in response to the needs voiced by its members in order to develop the consistency and resilience of rail systems: these latter concepts will doubtless be key to priorities in 2014.

2014 will also see the production of a handbook on the security of high-speed systems, and thought given to the threat to rail operations posed by cybercrime. 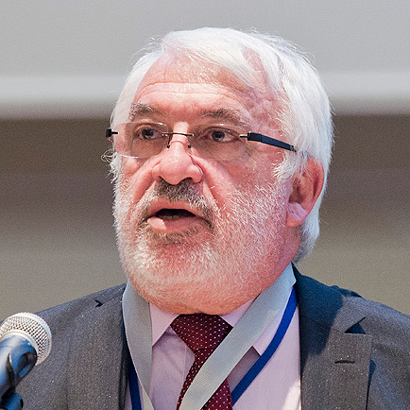