East Coast leads the digital revolution: A partnership of operations and technology 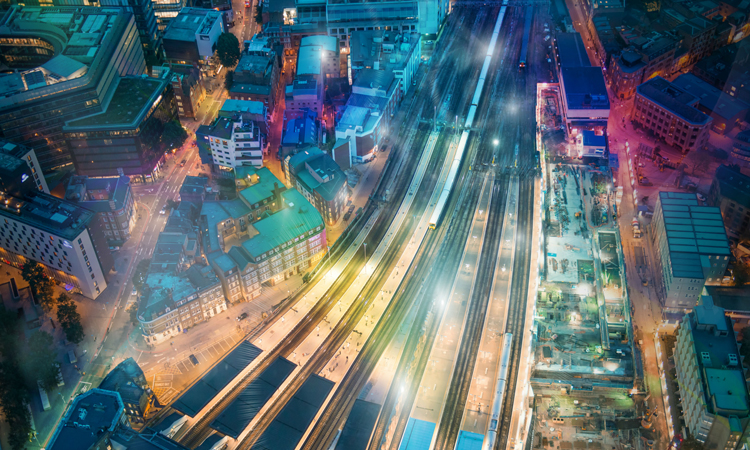 Keen observers of the rail industry will be aware that we have embarked on a transformative journey on the East Coast Main Line (ECML).

Back in August 2018, we announced our search for a train control partner to help us deliver the first major intercity introduction of modern signalling in a completely new way. Under a framework contract that’s worth up to £1.8 billion over the asset life, the successful bidder will join us early in the process to play a central role in the development and deployment of digital technologies on ECML. The supplier will be embedded in the London North Eastern and East Midlands (LNE & EM) route in a partnership that’s fundamentally changing how we do things.

Alongside this, we’ve also decided to find and appoint a rail system integration partner, who will help us build the capabilities we need – coordinating industry, establishing a collaborative relationship with the route, its technology partners and stakeholders, and providing governance and assurance – to realise this complex programme of transformational change.

On East Coast, we are in the vanguard of the digital railway opportunity. We will not only deliver the first major route deployment of digital railway technologies, but in the process, we’ll be fundamentally challenging everything we do, from how we work across the industry, to how we procure technology, to how we operate the railway – to make the railway work better. This is not a technology project. It is a cross industry operational change programme – enabled by technology – and the only way to succeed is by having the operational railway at its core. To do that we must bring technology providers and operators closer together.

Digital will allow us to address the deep challenges of this railway in a systemic and sustained way, tackling structural limits such as in safety, performance and costs in a completely different and more efficient way. It will allow us to deploy the super human capabilities required to operate a high demand modern railway. And it will create the platform from which will emerge the organic industry change and opportunities unlocked by technology.

Deploying on the ECML will specifically allow us to improve the train control system’s capacity and reliability to optimise it for the mixed-use railway we operate. Initially this will take place on the southern end of the line and will continue north with subsequent renewals. This will deliver a high-performing railway with improved system resilience that will enable better intercity services for the North East of England.

But as with all change, particularly technological, timing is fundamental to success.

Turning the digital opportunity into operational reality requires two fundamental things: Modern signalling systems that don’t rely on trackside-heavy infrastructure; and modern rolling stock fitted with in-cab European Train Control System (ETCS) signalling – or in the simplest of terms, modernisation of both the track and the train. This creates a specific challenge, due to the commercial structures and investment horizons within the rail industry, meaning the two must be planned and managed in deep alignment and harmony.

On the southern section of the ECML, we have a once-in-a-generation alignment. The signalling system is due for replacement in the coming years, and at the same time, much of the rolling stock has either been built with ETCS, or newly-fitted trains are due to come into service shortly. This means that a tipping point has been reached on the southern section of the route. With 70 per cent of passenger trains being digital, there is a really compelling case for a digitally-based, renewal-led, train control system upgrade.

Also, the strategic significance of the East Coast south area means it will act as a route and network-wide catalyst. By starting to deploy a digital railway here, digital renewals further north will naturally follow. By extending the fleet of digitally-controlled trains, other parts of the network will also develop strong business cases for modernisation.

I am certain that we must approach this programme in a fundamentally different way for it to succeed. Business as usual is simply not an option. We cannot deploy technology on this scale in the same way that we buy a bridge, and we cannot undertake a cross-industry transformation without a partnership approach.

That’s why we’re establishing a route-based, operationally-centred partnership, and it’s why we’ve launched this procurement very early in the programme development cycle, to work together on the best way of achieving the benefits. This approach is also aligned to the nature of digital technology, which necessitates an early and whole-life relationship between the system provider and user.

We developed this partnership approach model in collaboration with the industry and technology providers, so I am confident that this will deliver much better value for money and lead to a more effective way of deploying digital train control technology.

We will change the way we do business to create an environment where together, we find the best balance between what’s possible and what’s affordable, innovating and creating for better user outcomes. We are working to establish a partnership in the true sense of the word, working intimately for the pursuit of a better performing railway – representing the best interests of users and customers.

To succeed we must be bold and pioneering. We cannot continue doing the same things and expect transformative results. Our plan is ambitious, and it represents a break with the past.

This approach will be transformative, both for users and for how the industry works together. I believe it is the best chance to create a modern railway which places its users and passengers at the centre of how it operates.

I am excited that the introduction of ETCS and Traffic Management Systems on the 100-mile stretch of the East Coast Main Line (ECML) will be the first major transformation programme under the Digital Railway strategy that was enthusiastically endorsed by the wider rail industry and supply chain when it was launched earlier in 2018.

There is a compelling case for fitting modern signalling and train control on this southern section of the ECML. The big challenge of digital railway is the integration of the infrastructure and rolling stock, and with the need for asset renewal coming at the same time as 70 per cent of passenger trains are being fitted, we are presented with a huge opportunity to align track and train in an efficient way.

The way the ECML team is managing this programme is radically different from anything Network Rail has done before and this is reflected in the procurement process. This was developed through the Digital Railway’s Early Contractor Involvement initiative which established some important principles on how best to work with our supply chain partners.

No longer will they be expected to slavishly follow overly prescriptive and highly specified contracts. We want them to work with us as equals in long-term partnerships to deliver performance for passengers and freight, and not just a capital project. This means we will deliver better outcomes for customers as well as drive down long-term operating costs.

Having started his career in infrastructure management and operations, Toufic Machnouk went on to deliver major projects and industry change programmes. He delivered the first multi-traction train maintenance facility for the Great Western Railway where his team was recognised for breakthroughs in safety performance and industry collaboration, receiving national awards. He was most recently on Crossrail, the largest infrastructure project in Europe, responsible for the network’s train control systems and operational infrastructure upgrades in the Greater London area. Toufic holds a degree in Mechanical Engineering Design and is passionate about technology and developing skills and talent, lecturing at universities.