A plan to deliver faster, more efficient and reliable rail in Australia

Danny Broad, CEO of the Australasian Railway Association (ARA) discusses recent developments in Australia where the re-elected Morrison Government will promote its ‘Faster Rail’ plan and strategy for East Coast High Speed Rail over the long-term. 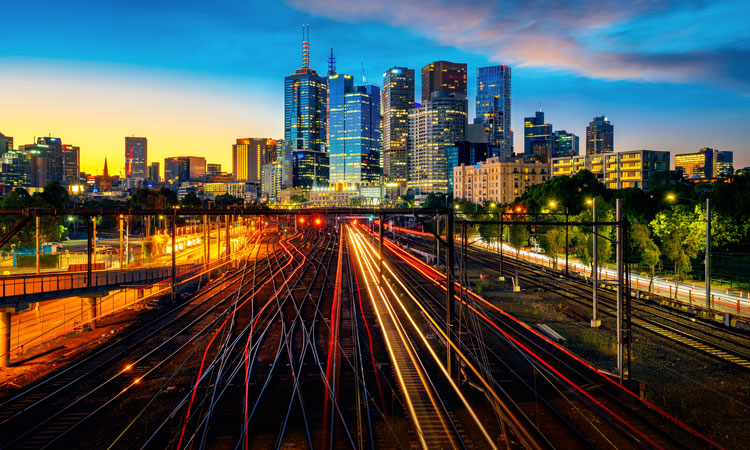 Faster Rail is officially on the Australian Government agenda. The re-elected Morrison Government is dedicated to working in partnership with the state governments to assess, plan, finance and deliver inter-city and regional ‘Faster Rail’ projects over a 20-year strategic horizon.

Faster Rail, generally defined in Australia as short- to medium-term upgrades to, and optimisation of existing routes, as well as new fleet, will provide train speeds averaging from 150-200km/h.

A key point of the Morrison Government’s infrastructure agenda was the promotion of Faster Rail schemes to ease population pressures and assist with decentralisation of Australia’s major cities.

Road congestion and over-burdened public transport services in major cities have fed a growing public demand for light-rail and metro projects that now dominate nearly every Australian capital city. ARA estimates there are more than AU$150 billion committed to rail projects around Australia over the next 10-15 years.

Faster Rail, generally defined in Australia as short- to medium-term upgrades to, and optimisation of existing routes, as well as new fleet, will provide train speeds averaging from 150-200km/h.

There is currently a plethora of potential Faster Rail projects at business case assessment and planning stage.
In March 2018, the Commonwealth Government committed AU$20 million to conduct three Faster Rail business cases along Australia’s East Coast between Melbourne to Greater Shepparton, Sydney to Newcastle and Brisbane to the Sunshine Coast. These are expected to be released during 2019 and will be considered in the context of the 2020-2021 Budget.

In its 2019-2020 Budget, the Morrison Government committed AU$2 billion to help deliver fast rail services between Geelong and Melbourne, dependent on matched funding from the Victorian Government.

Additionally, AU$40 million was allocated to fund an additional five Faster Rail business cases between Sydney to Wollongong, Sydney to Parkes (via Bathurst and Orange), Melbourne to Albury-Wodonga, Melbourne to Taralgon and Brisbane to the Gold Coast. These business cases are expected to be completed over the next 18 months.

As well as these, there are other proposals being developed by state governments, the traditional owners, planners and funders of passenger rail in Australia.
In late-2018, the New South Wales (NSW) State Government announced a number of assessment studies into a NSW Fast Rail network connecting Sydney to Newcastle, Sydney to Orange/Parkes, Sydney to Nowra and Sydney to Canberra.

In 2018, the Victorian State Government announced a fast rail line from Melbourne to Geelong as part of the Government’s Western Rail Plan. The new fast line would likely utilise a new Sunshine-CBD rail tunnel to be built as part of the Melbourne Airport rail link, and could use new electrified rolling stock.

Planning for the rail will occur alongside the business case for the Airport Rail link, and all projects will likely take a decade to complete, with construction set to begin by 2022.

The naming of many projects has raised community expectations. The Government will need to be clear in how it is assessing and prioritising so many competing projects for limited available resources.

A key initiative is the creation of the National Faster Rail Agency to lead the development of a 20-year Commonwealth Faster Rail strategy.

A key initiative is the creation of the National Faster Rail Agency to lead the development of a 20-year Commonwealth Faster Rail strategy.

The agency will work in close partnership with state and territory governments to oversee the development of Faster Rail business cases and identify additional corridors. It will support the delivery of construction projects, develop an investment strategy and work in partnership with the Project Financing Agency to explore alternate funding mechanisms such as private investment and value capture.

These areas have traditionally been the responsibilities of state governments, so the success of this agency is highly dependent on its ability to work in partnership with the states.

This agency will also provide advice on options to future-proof corridors for high-speed rail, including the need for technical guidelines, corridor planning and protection.

The Labor Opposition has for some years supported the establishment of a High-Speed Rail Authority to commence the planning, financing, route selection and acquisition for an East Coast High Speed Rail line, linking Brisbane to Melbourne via Sydney and Canberra. Indeed, Labor took this policy to its unsuccessful 2019 election campaign.

The construction of a high-speed rail link along the east coast looks now to be back on the medium-term agenda. Corridor preservation is listed as being a ‘High Priority Initiative’ in the Infrastructure Australia Infrastructure Priority List.

ARA has long campaigned for consideration of high-speed rail in Australia. Inter-capital rail currently has very low market share due to low speeds and infrequent service. The Melbourne–Sydney route is the second busiest domestic air route in the world with 54,000 journeys a year. The Brisbane–Sydney route is the 12th busiest with 33,000.

High-speed rail has been subject to several investigations since the early 1980’s. In December 2000 the Howard Government commissioned a study to investigate all aspects of the design and implementation of a high-speed rail system. The East Coast Very High Speed Train Scoping Study – Phase 1 was released in November 2000.

The report concluded that although a high-speed rail system could have a place in Australia’s transport future, it would require significant financial investment from the Government – up to 80 per cent of construction costs. The Government decided not to progress that proposal.
In October 2010, the Rudd Government issued the terms of reference for a strategic study about implementation of high-speed rail on the east coast of Australia between Melbourne and Brisbane. Its 2013 High Speed Rail Study Phase 2 Report found the corridor would comprise approximately 1,750km of dedicated route linking Brisbane, Sydney, Canberra and Melbourne.

It estimated that once fully operational, from around 2065, the corridor could carry approximately 84 million passengers a year and that the route could be constructed in stages, starting with Sydney–Melbourne. The estimated cost of constructing the corridor in its entirety was AU$114 billion (2012).

The study found that it would be expected to produce only a small positive financial return on investment so Government would need to fund the majority of the upfront capital costs. However, if passenger projections were met at the fare levels proposed, it could generate sufficient revenue from fares and other activities to meet operating costs without ongoing public subsidy.

However, the defeat of the Rudd Government in 2013 ended any further progress on the study of high-speed rail, until now.

ARA looks forward to working with governments and industry to progress the development of Faster Rail initiatives. We believe Faster Rail is an important short- and medium-term priority to dealing with congestion and assist decentralisation of major cities. Over the long-term, with population growth, an East Coast High Speed Rail line will become a more viable solution. We support initiatives to empower the National Faster Rail Agency to commence corridor acquisition and preservation.

Danny Broad is Chief Executive Officer of the Australasian Railway Association (ARA) – the peak body for rail in Australia and New Zealand. Danny is responsible for all facets of the Association’s activities, including policy and advocacy, membership growth and the implementation of the ARA’s strategic vision. Danny has an extensive knowledge and passion for the Australian rail industry. During his career, he has advanced from behind the drawing board in a structural design capacity, through to project management and general management in the power, civil, construction and rail industries, having worked on numerous major infrastructure projects across Australia. 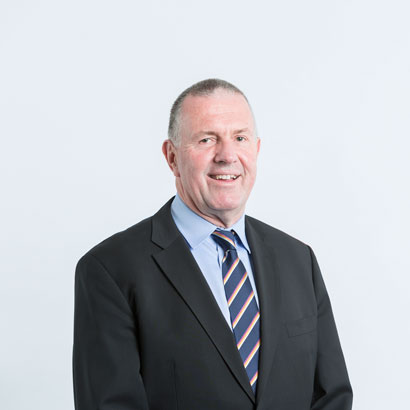