In this paper, we will try to provide a general overview about the state-of-the-art aspects of satellite positioning systems and their usage in the railway safety assessment field, in particular in the On-Board Technological Systems (OBTS) assessment processes. Obviously CENELEC norms are applied in Italy, but the national peculiarities request additional specifications for the testing of ETCS with the integrated Italian National Automatic Train Protection System, the SCMT (Sistema di Controllo Marcia Treno, i.e. Train Run Control System). 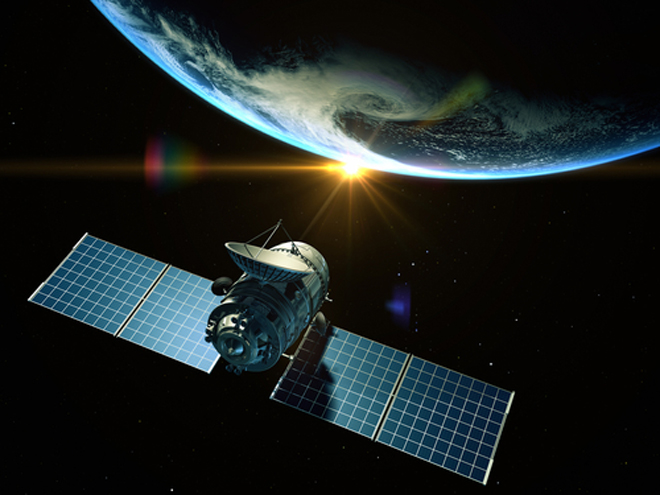 The advanced functionalities of satellite positioning systems are very important for an exhaustive execution of several tests described in document1. This is particularly true from a National ATP assessment point-of-view. In Italy, for example, in a vast section of the conventional lines (non-High-Speed) trackside, a continuous signalling system based on codified currents injected in the rails is actually in use. The signals carried by these codified currents are read by the OBTS through inductive sensors (antennae). The Signal-to-Noise Ratio (SNR) measurement for this kind of ‘signal-uptaking’ is a critical issue for the entire OBTS assessment, and so it is the evaluation of the impact of the electromagnetic perturbations produced by the engines of the rolling stock on its OBTS. Following the document1 directions, this impact must be determined in several different operating conditions, including the worst-case scenarios of maximum torque traction and maximum electric brake effort. Information on rolling stock speed, properly obtained by a satellite positioning system, allows the production of great-added-value charts, as for example, shown in Figure 1.

The production of charts like in Figure 1 requires information on speed. In this case, that information is obtained by a receiver capable of receiving the signal of the U.S. GPS (Global Positioning System) satellite positioning system, because of its affordability and its finding easiness. From the same receiver, useful information about position is possible to obtain, which is used during a subsequent phase in which the signal on the sensors is analysed for discerning the cases in which trackside peculiarities (like the presence of high-power factories’ machinery) produce the noise on the sensors instead of the rolling stock engines.

The use of the GPS is the state-of-the-art for the position/speed information acquisition for the tests described until now at the start of 2011, including the cited ETCS tests in Italy (GLONASS system is not used for railway assessment in Italy, or, however, authors of this paper are not aware of such use). But this is a situation that can be surely ameliorated. The GPS system has, in fact, some intrinsic weaknesses: first of all the system availability is totally in the hands of the U.S.A., and for this reason the system itself can be stopped at any time or its performances can be reduced. This characteristic can be a great problem for the execution of the tests of document1 because they must be performed by a variegated group of human resources (Notified Body experts, Trackside Manager Workers, Train Operating Company drivers, Signalling Systems’ Producers personnel, etc.) together synergistically at the same time. It is clear that an unexpected unavailability of the GPS system can produce a large delay on the tests’ planning, because all the cited human resources must be re-aligned and re-coordinated.

Besides, the quality of the signal is not assured2 and so we can have a situation like the one depicted in Figure 2.

The two cited problems will be solved in the near future (approximately 2013) through the use of the Galileo satellite positioning system. It will be possible to use the Commercial Navigation encrypted service for having an assured system performance with an accuracy one order of magnitude better than the GPS system (from about 10m to about 1m). Besides, improvements in other scenarios will be possible through the usage of the most advanced planned Galileo features. The Locally Assisted service could, for example, be employed for the realisation of special test tracks used specifically for railway safety assessment, while instead the Combined Services could be used for the improvement of the Railway Emergency Call (REC) functionality, which could be able to provide not only generic information about the single GSM-R cell in which a critical episode happened, but also the exact spatial position of the event, through the communication towards the Trackside Manager of the ID of the section of the rail network where the event occurred and its precise progressive mileage. This last opportunity would be very useful in a framework of assessment of future prototype version of ETCS, because in test runs in which such a kind of Automatic Train Control System is tested, the REC can be a real necessity.

But the use of the Galileo system is a future perspective. Surely a near future, but the performances of satellite positioning systems used for the railway safety assessment can be improved also today. It can be useful to take a look at the approaches employed in not-railway applications. The SESTANTE project is an example (SESTANTE means ‘SErvizi per la Sicurezza del Trasporto su Acqua basati su Navigazione satellitare e altre TEcnologie, i.e. SErvices for Safety of the water Transport based on satellite Navigation and other TEchnologies). The Electrical Measurements Research Group of the University of Rome ‘Tor Vergata’ gave an important contribution to this project3 – a contribution tied to the possibility of an effective conjugation between the satellite data and the data provided by the on-board equipment of boats (like compasses, etc.). This result is obtained through the selection of the ‘best’ data fusion algorithm, among the ones proposed by literature, on the basis of a good number of real tests performed using a private car equipped with a professional GPS receiver. The ‘winner’ algorithm selected by the tests is an Unscented Kalman Filter in Tightly Coupled configuration with Phase Smoothed observations, capable of producing a ‘data fusion’ able to reduce the error on position of the GPS system to about 3m.

This kind of approach can surely be extended to the railway world, selecting (or compiling, if necessary) an adequate data fusion algorithm able to improve the performances of the GPS system through the conjugation of satellite data with the information provided by the On-Board Technological System sensors of a train, especially the odometric information provided by the complex ETCS odometry system.

Davide Quatrini helps Italcertifer s.c.p.a., Italian Notified Body and National Body, in the assessment processes of On-Board Technological Systems (OBTS) for rolling stock, including ETCS and Cab-Radio applications. He is also a Ph.D. Student at the University of Rome ‘Tor Vergata’, and his research field is related to Space Systems and Technologies.

Claudio Evangelisti works for Italcertifer s.c.p.a., Italian Notified Body and National Body, in the assessment processes of Trackside Signalling Sub-Systems field, including National ATP applications. He worked on the SESTANTE project during the production of his thesis, focusing his activity on the ‘data fusion’ algorithms.

Dario Murgia is a BoE (Bachelor of Engineering) and an MoE Student in Electronic Engineering. He is also an expert technician, and he performs for ISATEL ltd. the tests related to the assessment of OBTS.

Giuseppe Fazio is Associate Professor of Electrical Measurements in the Department of Electronic Engineering, Faculty of Engineering at the University of Rome ‘Tor Vergata’. He has a 30 years experience in the railway field, and he is member of the Technical Advisory Board of the INESS (INtegrated European Signalling System) Project (EU 7th Framework Program).