Network Rail chairman maps out priorities for his final year 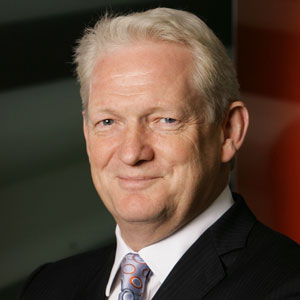 Before an audience of almost 150 senior leaders and executives of the rail industry, Mr Haythornthwaite outlined the massive strides the industry has made over the past 10 years in delivering a punctual, safe and growing network.

He outlined the unique challenge that a growing demand presented when coupled with a need to cut costs, keep performance and safety at historical high levels while having less resources to call upon as the country struggles to cope with the economic crisis. He highlighted the trade-offs that need to be considered – capacity vs performance vs costs – and engaging the public, rail’s users and its workforce in a debate about our railway and its future and significance to the health and wealth of our country.

Mr Haythornthwaite said: “This is a growth industry and the great challenge for us is how we cope with increased demand. Yet we feel we don’t have scope to create a network that can rise to that opportunity. And we don’t have the mandate from the public who fund us.

“I’ve never been in an industry before where growth felt like such a problem. That’s why, to me, it’s counter-intuitive not to be focussed on finding a way of moving beyond the impasse that we see ahead of ourselves. We need to frame a vision for the future which enables us to respond to the growing demand for our railways which will help us deliver the kind of service I believe people want, and the country deserves.”

Commenting on his decision not to stand for re-election at the company’s AGM in July, Mr Haythornthwaite said: “Serving as chairman of Network Rail has been an immense honour as well as a unique challenge. I hope that during my last year I can help start a dialogue and engage the public in an effort to highlight the unique challenges our railway faces, the tough choices that need to be made, and the importance our railway plays for millions of people and the future prosperity of our nation.”

“My final year will also look to implement the recommendations of the review I set up into governance and accountability at Network Rail. By sending a clear signal that I will play no further role in the company’s affairs from July 2012, everyone can have confidence that I will discharge my remaining duties without fear or favour.”