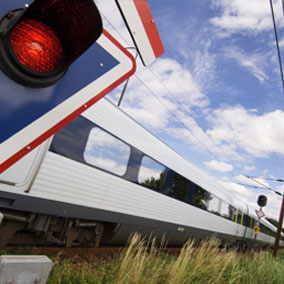 Transport group Stagecoach has called on the Government to introduce tough new measures to tackle the growing problem of cable theft on the UK rail network, including new rules to clamp down on unscrupulous scrap metal merchants.

Stagecoach Group Chief Executive Sir Brian Souter has written to Baroness Browning, Minister for Crime Prevention and Anti-Social Behaviour Reduction, seeking support for a package of proposals to target the thieves who bring misery to millions of rail passengers every year.

It follows a number of recent high-profile cable theft incidents, which have caused misery for thousands of rail users, wasted hundreds of thousands of pounds of precious transport funding and risked personal safety.

Cable theft on the rail industry has grown by around a third between 2008/9 and 2010/11 -despite a range of industry measures such as burying cables, use of CCTV, special identifiers on cables, invisible marking of cable, securing cable in place, the use of trembler alarms and a scrap dealer education programme in partnership with British Transport Police (BTP). Extra, dedicated BTP officers are also being recruited.

The rail industry leads a cross-business group representing the main sectors of the economy affected by the problem, including power and telecommunications. The estimated annual cost to the UK economy of metal theft is around £770m.

You may be interested in our forthcoming conference Rail & Public Transport Safety & Security:

In partnership with BTP and the Association of Chief Police Officers (ACPO), the rail industry is also involved in steps to make cable and metal increasingly difficult to steal, as well as pushing for tougher sentencing, measures to reduce the value of stolen materials and pressing for legislative change to help eradicate the illegal market in stolen metal.

Sir Brian said: “The organised theft of metals is having a huge impact on the rail industry and its passengers, as well as on other critical aspects of the national infrastructure.

“Many rail customers know from bitter personal experience the terrible affect this can have on their daily lives. In June, thousands of our own passengers were severely delayed by a major cable theft incident. As well as the human cost of disruption, criminal activity in this area is now so damaging to our wider economy that we simply must act.”

Sir Brian called for a range of measures, including:

Sir Brian added: “There are many entirely legitimate businesses operating in this arena and there is no desire to penalise them. Improved legislation should actually benefit the business of legitimate metal recycling companies, as well as increasing the amount of tax payments to the Treasury. We urgently need support across Government to make very rapid progress on this important issue.”

Robin Gisby, Network Rail managing director of network operations, said: “Mindless thieves continue to cause delays and disruption for thousands of commuters across the country. The costs incurred as a result of these crimes run into millions of pounds a year, which is money we would otherwise spend on improving and maintaining our rail network.

“Cable theft is a huge issue and one which the rail industry is committed to tackling – but we can’t do it alone. We need to see tougher sentences for cable thieves in the courts and the police must be given the powers they need to tackle the rogue scrap dealers who are profiting from the travelling public’s misery.”

Deputy Chief Constable Paul Crowther, of British Transport Police, who heads the ACPO Metal Theft Working Group, said: “There is no doubt that metal theft is a huge problem for the UK and it affects all types of industry in a variety of different ways. There have been incidents around the country in which homes, businesses and even hospitals have suffered power cuts and surges as a result of criminals stealing copper from power substations.

“Metal theft also causes significant disruption to rail services and that means real consequences for real people – missed business meetings, family celebrations and appointments for instance. And that’s not to mention the huge financial costs to the rail industry and the dangers to the thieves themselves.

“We have increased the resources we are devoting to this issue and are working closely with Network Rail to find more effective ways of reversing this trend.”

South West Trains operates one of the busiest commuter rail networks in Europe, running around 1,700 trains a day in and out of London Waterloo.

It was the most punctual large commuter network operator in 2010-11 and 90% of passengers were satisfied with the punctuality/reliability of services its services in the last National Passenger Survey. In 2010-11, it was one of only three train operators to achieve a year on year increase in punctuality.