This milestone, announced by the California High-Speed Rail Authority, comes as America celebrates Labor Day and the contributions of the American worker. 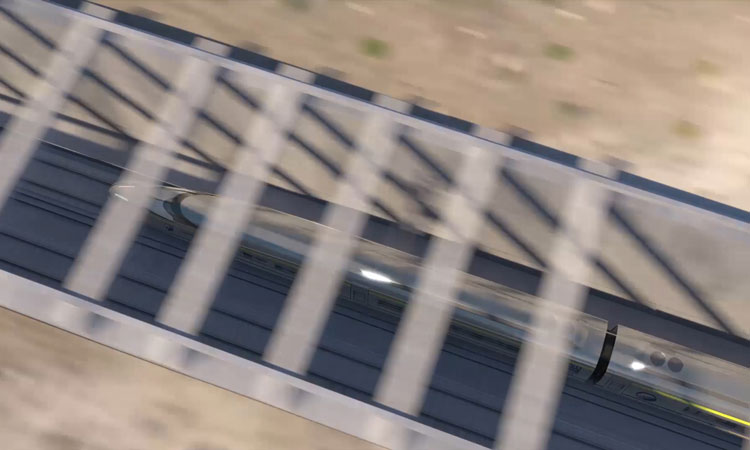 The California High-Speed Rail Authority (Authority) is now averaging a daily record of nearly 1,100 workers dispatched to construction sites throughout the Central Valley.

The Authority is responsible for planning, designing, building and operation of the nation’s first high-speed rail system. California high-speed rail will connect the mega-regions of the state, contribute to economic development and a cleaner environment, create jobs and preserve agricultural and protected lands.

Authority CEO, Brian Kelly, said: “The Authority is proud to keep hardworking men and women on the job and in the field during this worldwide pandemic. These individuals are more than ‘essential.’ Each day, these skilled workers are out building for California and the nation’s future, and their contribution is invaluable.”

The Authority has also released information about projects that have been completed or are nearing completion:

In Madera County, a newly-constructed overpass at Avenue 15 has been opened to traffic. The overpass located between State Route 99 and Road 32 allows traffic to travel over the existing BNSF railroad tracks and the future high-speed rail system. Two other grade separations are getting closer to completion. Crews have recently paved and striped the Avenue 10 and 7 overpasses in Madera County that will open by fall.

In July 2020, crews shut down State Route 99 (SR 99) overnight to place the last two precast girders to form the superstructure of the Cedar Viaduct. Ironworkers continue to tie rebar for the edge beams of the structure. When complete, the Cedar Viaduct will be nearly 3,700ft-long and will carry trains over SR 99, North and Cedar Avenues, and Golden State Boulevard.

A Fresno County structure is nearly complete. The American Avenue Grade Separation is paved and striped and ready to take traffic over the BNSF and future high-speed rail lines. The structure will also open by fall.

Several girders have been successfully placed at the South Avenue overcrossing in Fresno County. Construction crews worked through the night to place eight girders over BNSF railroad tracks during a 17-hour window. The girders ranging from 55,000 lbs to 175,000 lbs were manufactured at the Dragados-Flatiron/Joint Venture pre-cast plant in Hanford and transported to the construction site. When complete, the South Avenue grade separation will take traffic over the BNSF and future high-speed rail tracks.

During September 2020, ironworkers at the Conejo Viaduct will continue to assemble rebar cages that will be used to form the columns of the viaduct. The rebar cages will then be lifted and placed in cast-in-drilled-holes (CIDH) bents to provide future support of the structure. On the east side of the BNSF railroad, 26 columns will be needed for the structure. On the west side of the BNSF tracks, 18 of the 24 columns have been erected. Crews are now working on pouring concrete to form the column flares, the portion of the column that supports the structure. All column rebar cages should be fabricated and placed in the coming weeks.

At the northern segment of the Hanford Viaduct near Grangeville Boulevard, crews continue to erect the concrete columns needed to support the top of the structure. Crews continue to work north to south, hoisting the forms for the columns into place toward the middle section of the viaduct before concrete is poured to form the column. In the middle of the Hanford Viaduct, crews are fine grading the bottom of the bridge footings with rock. Off in the distance, crews continue to work going north, driving concrete piles needed to provide support for the structure.

The Wasco Viaduct continues to take shape with plenty of work happening across the entire structure. To the north, crews are placing temporary forms for a retaining wall that will reach 34ft-high. Close by, crews are placing the bulk head on the end of the section footing in preparation for a concrete pour. Nearly 290 cubic-yards will be needed for the footing. At the pergola section crews continue to tie rebar on the upper edge girders while carpenters are placing forms for the upper edge girder for concrete placement.

North of Wasco in Kern County, crews placed nearly 431 cubic-yards of concrete to form the deck of the Pond Road Viaduct. The job took eight hours to complete and was the second concrete placement at the structure. The week before, crews placed 66.5 cubic-yards of concrete to form the diaphragms. The Pond Road Viaduct will span approximately 121ft in length, 52 feet wide, and will allow high-speed trains to cross over Pond Avenue.

In July 2020, crews performed the largest single concrete placement to happen to date in Construction Package 4 at Poso Creek. More than 100 trucks placed more than 1,000 cubic-yards to form the deck of the superstructure. In August 2020, crews placed another 535 cubic-yards of concrete to form the east and west stemwalls.