The U.S. Rail Passenger Fairness Act will give Amtrak the ability to take freight railroads to court if they fail to provide preference to passenger rail operating on their lines. 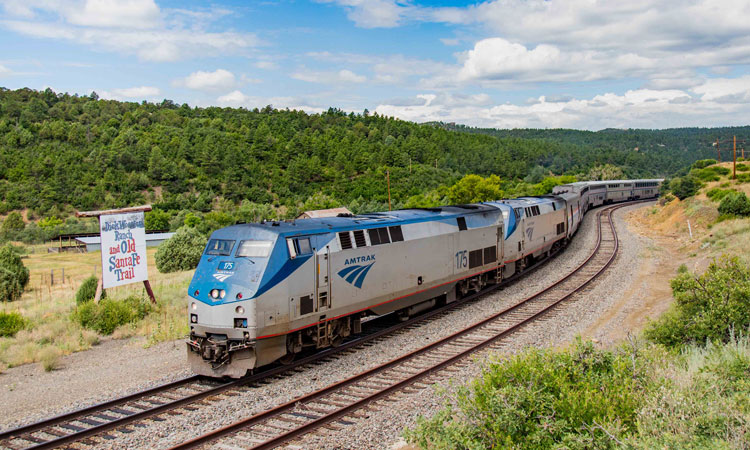 The bill provides Amtrak with the ability to take the freight railroads to court in order to enforce current law, which requires freight railroads to provide preference to passenger rail operating on their rail lines. The Rail Passenger Fairness Act would hold freight rails accountable, reduce Amtrak delays, and save taxpayer dollars.

Amtrak President and CEO Bill Flynn, said: “Host railroads are required by law to provide Amtrak trains preference over freight trains. Unfortunately, some host railroads frequently fail to meet this requirement and ‘freight train interference’ is the largest source of delay to Amtrak trains on host railroads, violating the law and inconveniencing passengers. Amtrak thanks Senators Durbin and Blumenthal and Rep. Payne, Jr. for introducing legislation that upholds the rights of our customers to be on time and gives us tools to fight costly delays to Amtrak trains.”

Dick Durbin said: “For far too long, freight railroads have taken preference over passenger rail, resulting in poor on-time performance and delays for Amtrak riders. With the Rail Passenger Fairness Act, we can finally hold freight railroads accountable when they fail to follow the law and get Amtrak’s on-time performance back on track. Illinoisans – and Amtrak riders across the country – deserve the assurance that they will arrive at their destinations in a safe and timely manner.”

Donald M. Payne, Jr. commented: “When freight trains are given priority over passenger trains, it delays the arrival of millions of Americans who use Amtrak daily. Freight rail carriers need to follow the law and give Amtrak priority on our nation’s railroad network. I am proud to introduce this bill because it will improve Amtrak’s performance, get people to their locations faster, and save American taxpayers millions of dollars.”

Richard Blumenthal said: “The Rail Passenger Fairness Act will improve on-time service for Amtrak riders by better enforcing legal protections for passengers’ right to the rails. Freight railroads are failing to follow the law and provide preference to Amtrak trains on their tracks, delaying passengers all over the country. Amtrak is the lifeblood of the Northeast Corridor and an essential everyday service for thousands in Connecticut – when freight railroads don’t play by the rules, it inconveniences riders and it hurts our economy.”

While the Amtrak Improvement Act of 1973 mandated that intercity and commuter passenger rail be given preference over freight railroads in using a rail line, freight railroads continue to ignore their obligation to provide Amtrak preference. As a result, freight train delays have caused roughly 60 per cent of Amtrak’s delays in recent years. The Rail Passenger Fairness Act would ensure that Amtrak could sue freight railroads who continue to violate the law, adding significant and unnecessary delays around the country.

In 2019, a report published by Amtrak’s Office of Inspector General (OIG) found that low OTP was a key factor driving Amtrak’s operating loss of $171 million during Fiscal Year 2018. The report also found that improving and maintaining OTP on all Amtrak routes, particularly on long-distance lines, would result in $41.9 million in annual cost savings and revenues, plus an estimated $336 million in equipment savings.