Amtrak has agreed to support the proposed combination of current partner, Canadian Pacific Railway Limited and Kansas City Southern railways, to expand Amtrak’s service in the Midwest and South. 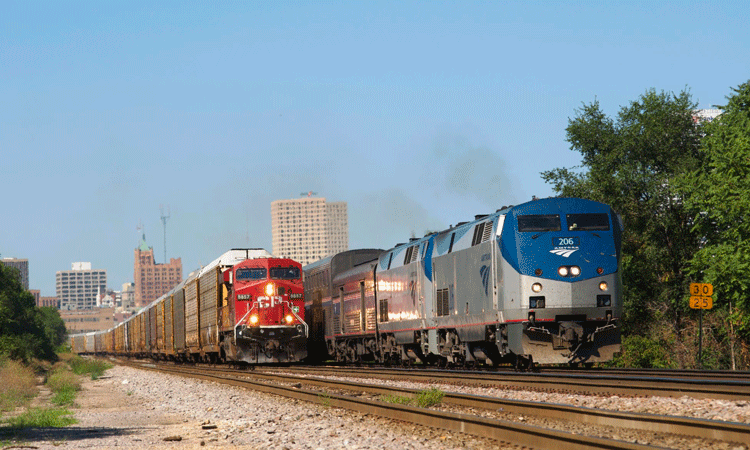 “CP has been an excellent host of Amtrak intercity passenger service year after year and has established itself as a leader in the railroad industry,” said Stephen J. Gardner, Amtrak President. “We welcome CP’s commitment to our efforts with states and others to expand Amtrak service and are pleased to have reached an agreement formalising CP’s support of Amtrak expansion in the Midwest and the South.

“Given CP’s consistent record as an Amtrak host, we support CP’s proposal to expand its network,” added Stephen. “This is exactly what Congress and the Administration are seeking: Amtrak and the freight railroads working together to benefit freight customers, Amtrak passengers, our state/regional partners, and the general public.”

Keith Creel, CP President and Chief Executive Officer, said: “We are proud of the success we have achieved as a host railroad providing industry-leading service to Amtrak on our lines. We thank Amtrak for its support of our historic combination, which will have no adverse effects on intercity passenger service. CP is pleased to continue to support Amtrak and its infrastructure projects to provide capacity needed to accommodate additional service.”

CP has consistently received an A rating from Amtrak in its annual host railroad report card, recognising its industry-leading on-time performance record. CP is also the first Class I railroad to complete 100 per cent certification of its Amtrak schedules to the U.S. Surface Transportation Board (STB).

CP has committed to maintaining its industry-leading role as a host railroad and to co-operating with Amtrak to implement its long-term strategic vision to bring new and expanded intercity passenger rail service to more North Americans, including:

Subject to CP’s application for control of KCS being approved by the STB, the agreement also includes CP’s commitment to support Amtrak efforts to work with the Southern Rail Commission (SRC) and others for the first service in more than 50 years on two U.S. routes:

Minnesota Department of Transportation Commissioner, Margaret Anderson Kelliher, said: “We appreciate Amtrak’s efforts to provide additional intercity passenger rail service that will benefit the people and economies of both Minnesota and Wisconsin. Once complete, the second daily round trip between Saint Paul and Chicago is expected to improve existing infrastructure and provide increased choice for residents traveling between some of our major cities – with stops in towns and cities of all sizes along the way.”

SRC Chairman Knox Ross of Mississippi said: “We appreciate the work Amtrak is doing to unite more of the south with passenger trains, from Mobile to New Orleans to Baton Rouge and now opening the door in this agreement to directly connect Mississippi and Louisiana with Texas on the I-20 Corridor. The SRC continues to be impressed by CP welcoming the start of new Amtrak service west of New Orleans to Baton Rouge, while other railroads have fought new Amtrak service.”

Amtrak and CP will file their agreement as part of the docket in the CP-KCS proceeding at the STB.