The FRA have established a Corridor Identification and Development programme to direct federal investments into passenger rail services across the nation. 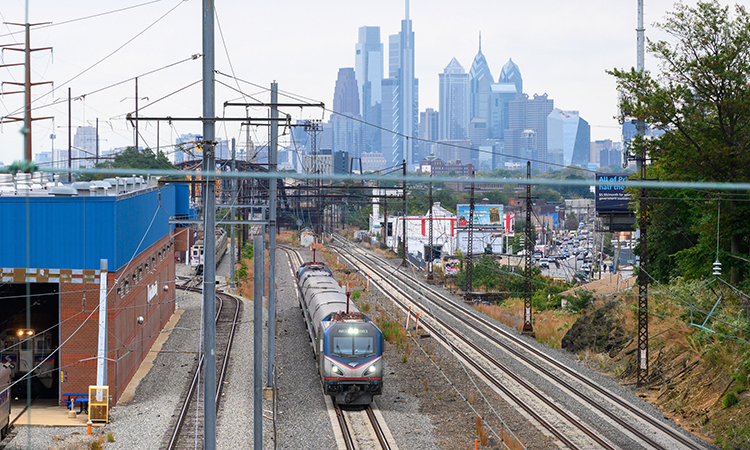 The U.S. Department of Transportation’s Federal Railroad Administration (FRA) has established a new Corridor Identification and Development (ID) programme. This is the first step in an unprecedented undertaking to transform America’s passenger rail network through President Biden’s Bipartisan Infrastructure Law.

The Corridor ID Programme will establish a pipeline of projects ready for funding, allowing them to be implemented faster and with greater coordination than ever before. The programme will serve as a key vehicle for directing federal investments and technical assistance toward new or improved intercity passenger rail services across the nation.

“Americans deserve what people in many other countries currently benefit from, a world-class rail system that allows you to get where you need to go quickly and affordably, while reducing traffic and pollution on our roads,” Pete Buttigieg, U.S. Transportation Secretary, said. “In launching the Corridor Identification and Development Programme, which was made possible thanks to President Biden’s Bipartisan Infrastructure Law, we are taking a major step to transform America’s passenger rail network and connect our smallest towns and our biggest cities with great train service.”

“The Corridor ID Programme will help expand intercity passenger rail service beyond the Northeast Corridor,” Amit Bose, Administrator for FRA, said. “This is just one of many ways the Bipartisan Infrastructure Law is bringing about the next great rail revolution.”

President Biden signed the Bipartisan Infrastructure Law in November 2021, making the largest investment in passenger rail since the creation of Amtrak, including $1.8 billion for the Corridor ID programme. The law directed the Secretary of Transportation to establish the Corridor ID Programme within 180 days, giving public entities a formal mechanism to partner with FRA to develop proposals that will expand, enhance, or restore passenger rail service in their communities. Within a year, FRA will submit an annual report to Congress on the programme and its project pipeline.

The FRA previously published a Request for Information to inform the programme’s key components. That solicitation attracted hundreds of responses from a diverse range of stakeholders, which helped inform the Corridor ID programme. Following the establishment of the Corridor ID Programme, FRA will be soliciting formal proposals for the programme within this calendar year. FRA will select corridors for participation in the programme based on readiness to commence development and statutory criteria. For each selected proposal, FRA will work with the entity that submitted the proposal, the relevant states, and, as appropriate, Amtrak to prepare or update a service development plan.

“We are excited for state transportation departments and other parties to notify the FRA that they are interested in proposed new routes and expanded service to be considered by the FRA as part of this federal programme,” Amtrak said in a statement. “This is an easy, effective, and no-cost way for states and local groups to take the first step and bring more trains to more people in their home states and across America. We look forward to seeing which states and other parties submit Expressions of Interest to the FRA, and to working with all stakeholders to advance more trains to more people across America.”