Etihad Rail have signed MoUs with Renfe, GB Railfreight and High Speed 1 to exchange knowledge and expertise in the railway sector. 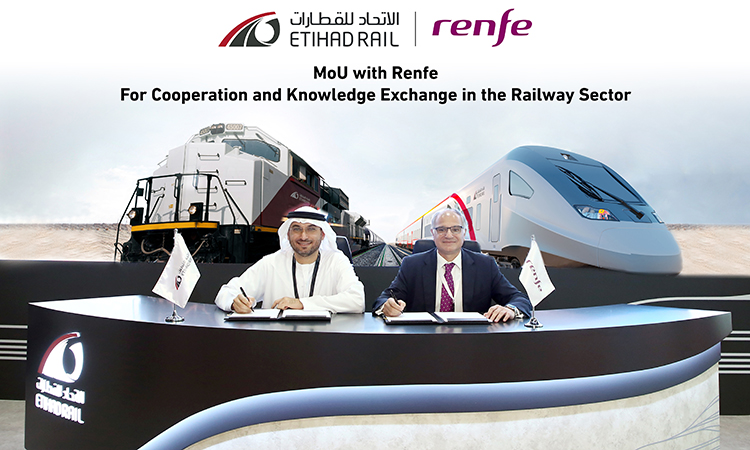 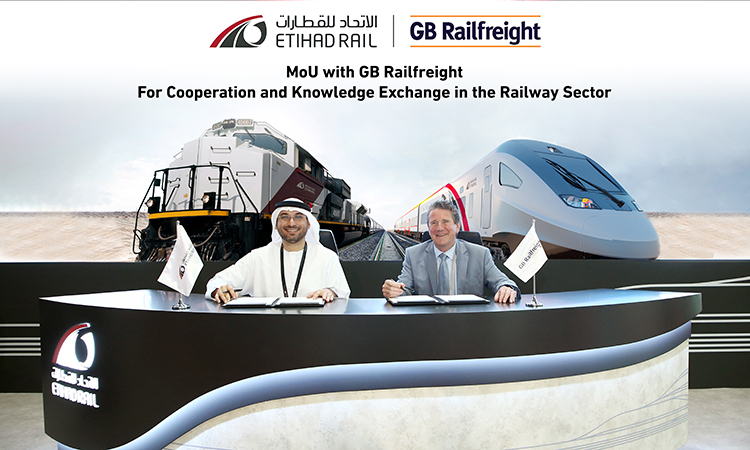 Renfe, Spain’s national railway operator, operates the largest high-speed rail network in Europe and the second largest in the world. It operates about 5,000 trains per day, and transports more than 500 million passengers per year. High Speed 1 is a British company that operates high-speed passenger trains in the UK and has the concession to own, operate and maintain the UK’s only high-speed railway. In addition, GB Railfreight is the third largest rail freight company in the UK, and one of the fastest-growing companies in the railway sector, moving 22 per cent of the UK’s rail freight.

“Etihad Rail is committed to achieving the goals of the National Railways Programme and completing the Etihad Rail project on schedule,” Shadi Malak, CEO of Etihad Rail, said. “We are constantly working to sign agreements and build partnerships to improve the effectiveness and efficiency of the National Rail Network, as part of Etihad Rail’s diligent efforts for bolstering cooperation and exchanging expertise with some of the global leaders in the railway network, to provide the best world-class services.” 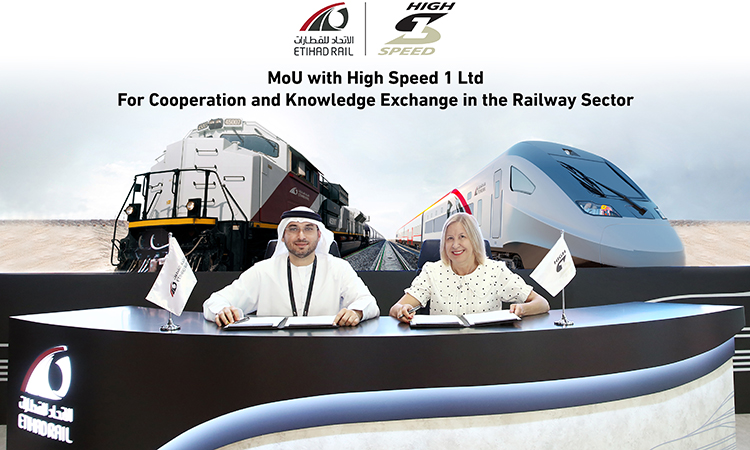 The MoUs centre on exchanging knowledge, expertise, and the best practices in the railway sector, rail maintenance, and managing technical development such as the planning, design, development, and commissioning.

Dyan Crowther, CEO of HS1 Ltd, said: “We are delighted to be working with Etihad Rail to help accelerate their work in developing and operating the UAE’s national railway network. As the UK’s first high-speed rail line, we have extensive knowledge of operating a successful railway, and we look forward to sharing our expertise and knowledge with Etihad Rail.”