RIA Scotland have announced the appointment of Meiron Thomas and Campbell Braid as new Chair and Vice Chair respectively. 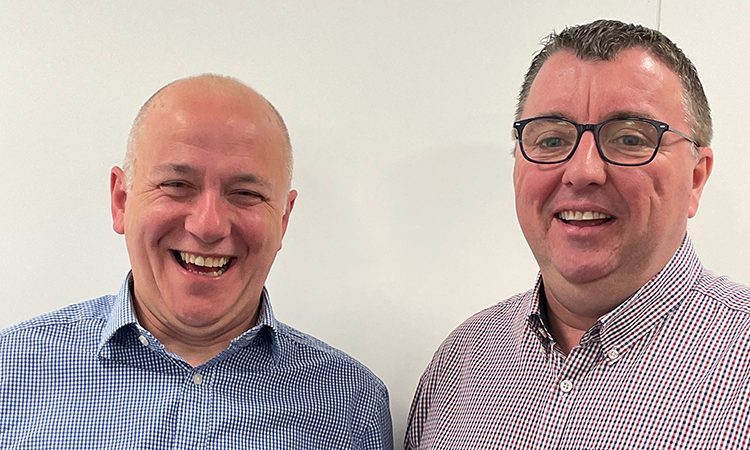 RIA Scotland has announced a new Chair, Meirion Thomas of Arcadis, and Vice Chair, Campbell Braid of Siemens, to set the strategic direction of the group. RIA Scotland is the devolved national division of the Railway Industry Association, supporting rail suppliers across Scotland. RIA Scotland will support the industry through a range of activities including networking events and representing the sector to decision makers, and is part of RIA’s Nations & Regions Network, which aims to bring RIA’s work closer to where members live and work.

RIA Scotland has already made great inroads, holding events across the country, publishing our manifesto last year ahead of the Holyrood elections and meeting with key decision makers, including Transport Minister Jenny Gilruth,” Meirion Thomas, new Chair of RIA Scotland, said. “As Chair, I’m really excited to build on this positive work, offering more events and networking sessions for RIA members, and advocating the views of rail suppliers to Scottish policy makers and stakeholders.”

“It’s great to be part of RIA Scotland, supporting RIA’s Nations and Regions Network roll out,” Campbell Braid, new Vice Chair of RIA Scotland, said. “Meirion and I look forward to meeting with RIA Members across the country over the coming weeks and months, finding out more about how they are supporting the Scottish rail network, its passengers and freight users, and the wider economy.”

“Congratulations to Meirion and Campbell on their appointments, it is great to have their expertise and knowhow to help guide RIA Scotland’s activities,” David Clarke, Lead and UK Technical Director for RIA Scotland, said. “Whether its preparing for the next Control Period, continuing to decarbonise the network or ensuring rail suppliers are involved in changes to the rail industry’s structure, there is a huge amount to get involved with. We look forward to working with RIA members, the Scottish Government, Transport Scotland, Network Rail and many others, to deliver a successful, vibrant railway industry in Scotland.”

Amtrak recognised on the Best Employer for New Graduates 2022 list