Investors in People have assessed Northern to be one of the best performing people organisations in Britain. 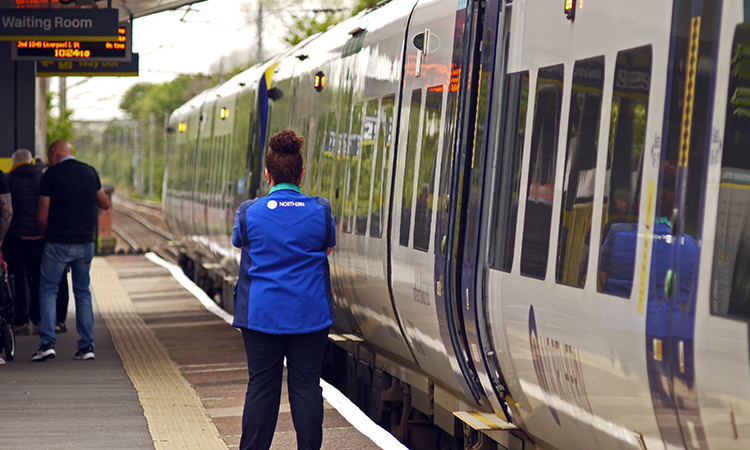 Northern has confirmed that it has been awarded the Gold Standard from the Investors in People (IiP) scheme. The train operator, which employs close to 7,000 people, has been assessed through a rigorous process to have made work better and has improved on its Silver accreditation from 2019.

Investors in People is an independent and non-profit making organisation that reviewed what it was like to work at Northern through an all-colleague survey and more than 120 staff interviews. The Gold Standard is extremely difficult to achieve, and Northern accreditation puts it in the top 83 per cent of organisations assessed across the globe.

In their report, the IiP assessors recognised a number of highlights which they said Northern should be proud of. Northern was deemed to have a very clear vision and long-term business plan, allowing colleagues to understand expectations, targets and their contribution to operating a successful service providing more than 100 million passenger journeys a year. Assessors praised the collaborative internal approach and noted colleagues were encouraged to ‘go do their thing’ whilst Learning and Development within Northern was acknowledged as sector leading with fantastic opportunities for personal development and career progression. Northern has worked hard on its approach to equality, diversity, and inclusion and the IiP experts agreed that significant progress has been made in these critical areas. Strong two-way colleague communication and the use of feedback within the workplace were also viewed as positive and making a difference to internal culture.

“This is fantastic news and everyone at Northern is proud of achieving the Gold Standard accreditation,” Nick Donovan, Managing Director for Northern, said. “Gold is not an easy thing to achieve, and the review process has been rigorous and detailed. I am delighted that Investors in People assess Northern to be one of the best performing people organisations in this country. We won’t rest on our laurels, and we will continue to work together to make Northern a great place to work.”

Over the last 30 years, Investors in People have accredited more than 50,000 organisations and their accreditation is recognised in 66 countries around the world, making it the global benchmark when it comes to people management.

“We’d like to congratulate Northern,” Paul Devoy, CEO of Investors in People, said. “Our Gold accreditation is a fantastic effort for any organisation, and places Northern in fine company with a host of organisations that understand the value of people.”