The United States Department of Transportation have awarded Central Florida a grant of up to $15,875,000 for the project. 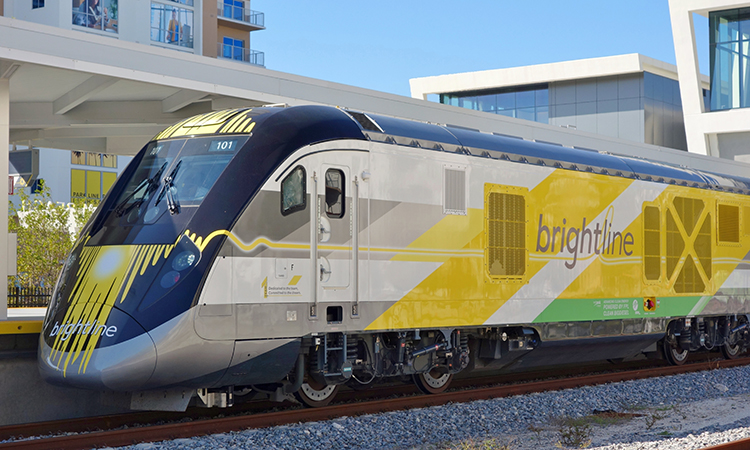 It has been announced that the Central Florida region has received a grant award of up to $15,875,000 in federal funding from the United States Department of Transportation (USDOT) Consolidated Rail Infrastructure and Safety Improvements (CRISI) Grant Programme. The funding will go toward Central Florida’s Sunshine Corridor and Brightline’s proposed Tampa to Orlando intercity passenger rail project. The grant award, combined with up to $15,875,000 in contributing funds from Brightline, will result in a $31,750,000 total investment. The grant application received substantial community and bipartisan support.

The grant award will support the preliminary engineering activities and environmental approvals required to construct an intercity passenger rail system between Orlando International Airport and Tampa. The activities will include completing 15 per cent and 30 per cent engineering design for a completely grade-separated, mostly double-tracked railway built within the right-of-way of the Interstate 4 (I–4) median and other existing transportation corridors.

Brightline is currently operating between Miami and West Palm Beach and constructing an extension from West Palm Beach to Orlando, which is expected to be complete at the end of 2022 and carry passengers in 2023. An extension to Tampa is the next step in connecting 70 per cent of the state’s population by Brightline.

“The Sunshine Corridor is a comprehensive, ambitious transportation solution for Central Florida; it represents the missing link in Brightline’s plan to connect Orlando and Tampa with modern, eco-friendly, intercity passenger rail,” Michael Reininger, Chief Executive Officer for Brightline, said. “New, innovative transportation solutions will provide an economic boost to Central Florida and makes the state even more attractive to businesses and future residents.”

“As a result of this administration’s efforts to improve our nation’s infrastructure, Central Floridians will be one step closer to easily accessing Orlando International Airport, our beautiful theme parks, and Tampa,” Darren Soto, Congressman, said. “I was proud to be a part of this bipartisan request with Reps. Demings, Murphy, Bilirakis, and Webster to keep Central Florida moving and look forward to the future of transportation in our state.”

“As a senior member of the Transportation & Infrastructure Committee, engineer and longtime advocate for infrastructure ensuring our state has the resources needed is one of my priorities,” Dan Webster, Congressman, said. “This grant will help ensure this rail line that connects Central Floridians and our tourists to key points across our region is operating efficiently and effectively.”

“Our community is the heartland of tourism in America, and Brightline’s plan to connect Miami and Tampa to Orlando’s tourism centres will help supercharge our continued growth and attract visitors from across the country and around the world,” Val Demings, Congresswoman, said. “I’m excited to continue to share Central Florida’s attractions, and will continue working with local, state, and federal partners to ensure that this project works for everyone, and that no community’s voice is excluded.”

“This federal grant will help build a modern and environmentally-friendly rail system between Orlando and Tampa,” Stephanie Murphy, Congresswoman, said. “It’s great news for Central Florida families and businesses and for visitors to our thriving region. Orlando is a world-class city, and it deserves a world-class transportation system.”

Central Florida is projected to experience significant growth in population, employment, and tourism over the next decade, which will increase the demands and congestion on current roadways. Currently, travel between Tampa and Orlando is mainly by I-4, which recent studies identified as the deadliest road in America. Intercity passenger rail is a vital tool to help the state manage future growth under constrained conditions that limit the ability to expand highways.