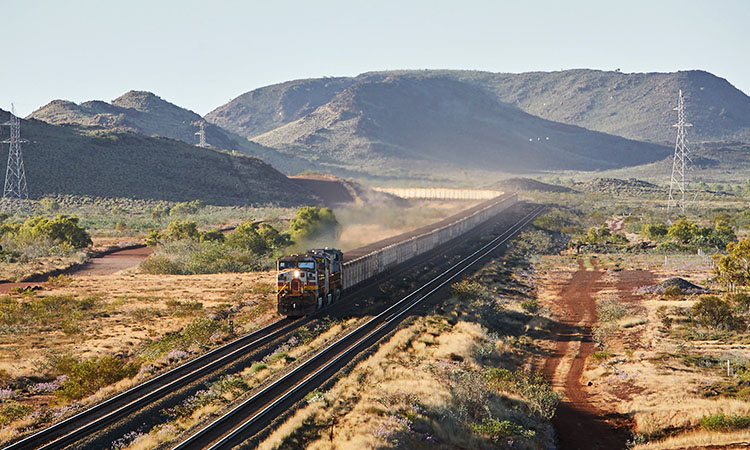 Hitachi Rail and Rio Tinto have marked another significant AutoHaul™ milestone with the commissioning of the autonomous rail transport system for the new Gudai-Darri iron ore mine in Western Australia’s Pilbara. The greenfield mine development has involved the construction of a 166-kilometre rail spur to connect the new mine to Rio Tinto’s existing AutoHaul rail network in the region.

The world’s first fully automated heavy-haul, long-distance rail system, AutoHaul enables 220 trains, which are monitored remotely from an operations centre in Perth, to travel safely and efficiently across more than 1,866 kilometres of track from mines to ports, without the need for onboard drivers.

As the technical lead behind AutoHaul’s development, Hitachi Rail has provided the systems and software to connect the new section of rail for Gudai-Darri. This has included onboard and control centre technology, trackside equipment, radio base stations, and automatic train operation (ATO) interface software for locomotive control, level crossing safety and location tracking. All systems and software are now operational following the first production test run and subsequent successful system commissioning.