New report examines rail links in the Midlands and North

Journey times between the UK cities of Leeds and Manchester could be cut in almost half under proposals published today by Sir David Higgins, Chairman of High Speed Two (HS2) Ltd… 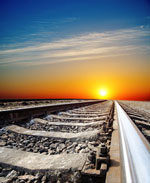 Journey times between the UK cities of Leeds and Manchester could be cut in almost half under proposals published today by Sir David Higgins, Chairman of High Speed Two (HS2) Ltd. This, he says, would be as important to the North as Crossrail is for London, but should only be one step in an overall strategy to improve transport as a whole from Liverpool to Hull.

“Improving connectivity is vital if Britain is to compete in the knowledge economy in which this country has a competitive advantage, but in which ease of travel is an essential element.  Knowledge based companies whether they are in high-tech manufacturing, the creative industries, finance or the law, have to be close, or feel close to the talent, skills base, support network, knowledge pools, collaborators and clients necessary to create the ‘hot-house atmosphere’ in which they thrive. That is why reducing the journey times between and within our cities isn’t just desirable for both passengers and freight. It is a strategic necessity.”

Sir David’s comments and recommendations are contained in his second report on the future of HS2. Rebalancing Britain: from HS2 towards a national transport strategy found here: http://www.hs2.org.uk/news-resources/chairmans-reports – looks at the prospects for improving connectivity across the North of England and the Midlands.

The four main proposals are:

In addition to these recommendations the report sets out a series of conclusions from Sir David’s review of the proposals for Phase Two of HS2. These include:

The report has now been submitted to Government and any final decision on the recommendations made by Sir David will be made by Ministers. An announcement on Phase Two is expected from the Transport Secretary before the end of 2014.