The Norwegian Ministry for Transport & Communications has outlined plans for railway reform in the in the transport system. On the 12th May 2015 a white paper entitled “On the right track. Reform of the railway sector” was presented to the Norwegian Parliament, Stortinget. Ketil Solvik-Olsen, Minister of Transport and Communications, told parliament: “The role of […] 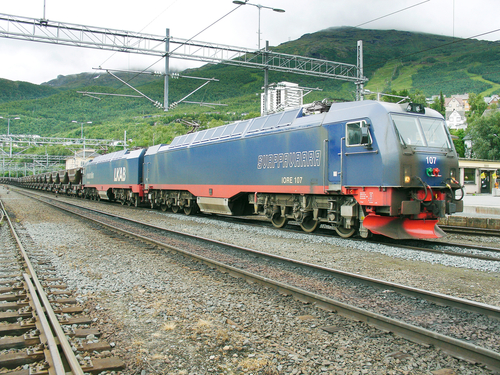 The Norwegian Ministry for Transport & Communications has outlined plans for railway reform in the in the transport system. On the 12th May 2015 a white paper entitled “On the right track. Reform of the railway sector” was presented to the Norwegian Parliament, Stortinget.

Ketil Solvik-Olsen, Minister of Transport and Communications, told parliament: “The role of the railway in the transport system is to be strengthened. With an increase in grants, clearer division of responsibilities and focus on long-term planning throughout the sector, we will lift the Norwegian railway system into the 21st century. We will maintain state ownership of the infrastructure in the reform, ensure a more long-term approach to maintenance, consolidate responsibilities and open up for competition in connection with a number of tasks in the railway sector.”

He continued: “A successful reform of the railways will result in more and better rail services per krone spent. The railways are a key element in achieving important environmental and transport goals. The aim is to strengthen the railways by increasing efficiency and organisation at all levels. Greater emphasis will be placed on the needs of the customer. Railway customers will experience greatly improved services. In addition the administration of the sector will be improved by the political establishment stipulating clear and well-defined objectives for long-term development, while the operative units will have more responsibility for the details.”

Mr Solvik-Olsen outlined a number of challenges facing the industry including the responsibility for railway property, which is currently shared between the Norwegian National Rail Administration and the major train operator NSB’s real estate subsidiary Rom Eiendom. The Ministry believes this creates unclear areas of responsibility in the development of transportation hubs. Other considerations include the weak economic incentives in the Norwegian railway sector. The Ministry states, the current form of organisation does not result in satisfactory focus on customer and supplier relations to ensure that rail traffic is expedited as planned and scheduled. A focus to spur on competition will now be made to improve efficiency and innovation.

The Minister suggested the potential to improve the co-ordination between rail traffic and other forms of public transport. He insisted on any development plans having a long term perspective and a need to take into account the travel and transport needs of the future.

One of the measures in the reform is to gather more governmental responsibilities in one state controlled body that does not have production tasks. The government will retain parts of the Norwegian National Rail Administration as a smaller Railway Directorate, which will report directly to the Ministry of Transport and Communications. The Railway Directorate will amongst other tasks conduct long-term planning and have the role of co-ordinator of the sector’s participants and towards other forms of public transport.

The government plans to establish a state-owned enterprise with the main tasks of operating, maintaining and constructing railways, as well as expediting trains. Parts of the Norwegian National Rail Administration will continue as the new infrastructure enterprise, which will report directly to the Ministry of Transport and Communications. The state-owned enterprise will have a clearly-defined role as the supplier of a fully-functioning railway infrastructure.

Mr Solvik-Olsen added: “The driving force behind the reform is the strong political aim to give the railway’s customers better, improved rail services. Norway already has experience with competition in passenger rail transport. The tendering of the right to operate the Gjøvik line in 2004 has amongst other things resulted in a satisfactory increase in the number of passengers, and high customer satisfaction. The freight transport sector on rail is also fully liberalised since 2007. The government will bring the positive elements of competition into the railway sector to a higher degree with the aim of improving vitality, efficiency and innovation.”