The Competition and Markets Authority (CMA) has published a report consulting on the possibility for greater on-rail competition between train operators in British rail services. The Authority, alongside the Office of Rail and Road (ORR), has engaged in discussion with stakeholders, franchisees and held separate round table meetings with open access operators and applicants, on […] 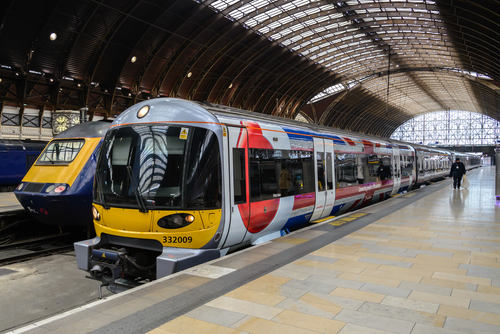 The Competition and Markets Authority (CMA) has published a report consulting on the possibility for greater on-rail competition between train operators in British rail services. The Authority, alongside the Office of Rail and Road (ORR), has engaged in discussion with stakeholders, franchisees and held separate round table meetings with open access operators and applicants, on the possibility increasing ‘on-rail’ competition between passenger train operators. On rail completion occurs when franchises overlap or face competition from approved ‘open access operators’.

The CMA has considered evidence from on-rail competition in the Great Britain passenger rail industry, the experience of European countries where there is competition between passenger rail operators, and other transport markets such as the Great Britain rail freight sector, air transport and airports. It concluded that ‘a material increase in on-rail competition would result in benefits for passengers and taxpayers.’ According to the CMA, benefits would include downward pressure on fares, greater incentives to enhance service quality and to innovate, operational efficiencies at the train operator level, more effective use of network capacity and cost savings in network operation.

The CMA believes there is a need to protect funding for investment in the railways for both current and future investment. Currently some funding is delivered from premiums paid by franchisees. The CMA’s proposals envisage that the shortfall in these revenues, as a result of increased on-rail competition, should be addressed by new entrants making a greater contribution to the costs of the network by payment of fixed track access charges and contributions to socially valuable services that are not commercially profitable.

Four on-rail reform options have been put forward for consultation, they include:

The proposals are not likely to be implemented until 2023 as to protect current franchisees and current and imminent franchise tender processes.

In response to the CMA report and consultation, the ORR stated: “We welcome the CMA report on rail competition, which explores the opportunities for more competition on our railways in the longer-term. ORR highlighted this opportunity in our long-term regulatory framework statement of 2013 and has supported the CMA’s work in this area.

“ORR recognises the benefits that competition can bring to passengers and will continue working closely with the CMA to explore how these options might be implemented in practice, and how they might deliver benefits for rail users whilst protecting taxpayers interests.”

The CMA has invited response by 16 October 2015 before deciding which option to recommend in its final report.