Czech private “open-access“ train operator RegioJet has reported half year profits of 7.5 million CZK and a 31.5% increase in passengers… 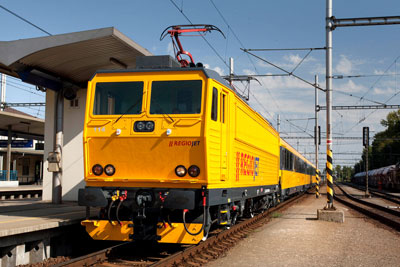 For the whole year 2015 the Company expects reaching profits of 30-50 million CZK.

“On the main Czech long distance train line Prague – Ostrava, we offer trains with the highest capacity reaching up to 600 seats in ten coaches train sets in the peak times. Thanks to that we can report lower seat-cost by 28% in comparison with our competitors,“ says Radim Jančura, the RegioJet owner.

RegioJet will offer more services within the Czech Republic from December 2015. Additional trains will connect Prague with Olomouc and the Zlin region. Thanks to the completion of the reconstruction works on the railroad in the Prague region, all RegioJet trains will be 5 minutes faster between Prague and Ostrava.

In a further extension of its services, RegioJet will launch on the Prague – Košice line (daily night service) and in Slovakia on the Bratislava – Košice long distance line (6 train couples instead of present 3-4).