The General Assembly of the Community of European Railway and Infrastructure Companies (CER) has re-elected its Management Committee and Chairman for a further two years. The CER held its General Assembly in Oslo, Norway on 24 September 2015. A decision was made to reappoint its Management Committee and Chairman, Christian Kern for another two years. […] 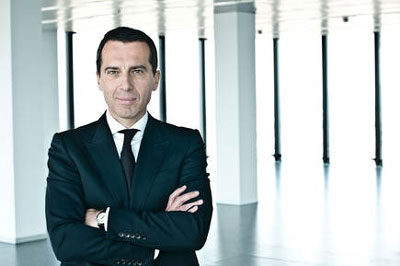 The General Assembly of the Community of European Railway and Infrastructure Companies (CER) has re-elected its Management Committee and Chairman for a further two years. The CER held its General Assembly in Oslo, Norway on 24 September 2015. A decision was made to reappoint its Management Committee and Chairman, Christian Kern for another two years. Österreichische Bundesbahnen (ÖBB) CEO Christian Kern was reconfirmed in his current position of CER Chairman and his new mandate will run as of 1 January 2016 until 31 December 2017.

The other Administrators of the CER Management Committee (MC) for the period 2016 – 2017 will be:

The association will continue working under Christian Kern’s Chairmanship towards the adoption of a final Fourth Railway Package, a constructive mid-term review of the European Commission’s White Paper on Transport, and a level playing field between transport modes in the upcoming European Commission proposal for a new Road Package, among other priority dossiers.

On his reappointment Christian Kern said: “It has been a real honour to be CER Chairman in these trying times. In the last two years, the association has worked on a number of key dossiers for the rail sector. I want to thank all the CEOs of all member companies for this re-election. It shows that we have taken the right path and made our mark, at a time where rail has to fight hard in order to put its priorities at the top of the EU legislative agenda. I want to underline that this also serves as a confirmation of the good and dedicated work done by CER’s staff.

“In the years to come I am sure that the association will be able to count on the support of all members to address the challenge of guaranteeing fair intermodal legislation, legal certainty for our business, adequate financing for our infrastructure and fair competition between all rail companies. I also want to take this opportunity to congratulate the members of the new CER Management Committee: their support will be invaluable to boost the voice of European railways and infrastructure managers.”

CER Executive Director Libor Lochman said: “The cooperation with Christian Kern has been intense these last years, and the association has greatly benefitted from his commitment. I look forward to continuing working with him in the years to come, to improve the regulatory and business environment for our companies and to accomplish a true Single European Rail Area”.