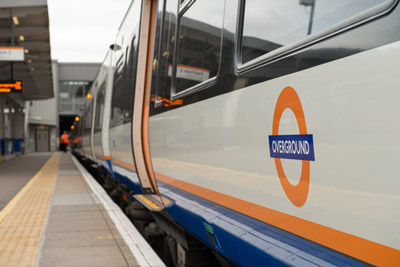 The contract, worth £1.5 billion, will see Arriva operate London Overground services for seven and a half years with an option to extend for up to two additional years. Arriva will take over from existing operator LOROL (a joint venture between MTR and Arriva) in November 2016.

TfL will work with Arriva to implement changes to improve services for customers. These will include modernised stations and more frequent services, the first of which will be on the North London line. New trains will also be introduced in 2018 on London Overground routes out of Liverpool Street station and on the Gospel Oak to Barking line.

Under the new concession, customers on some routes will benefit from extended operating hours, and new services will be introduced on some routes on Boxing Day.  The contract also expects Arriva to deliver sustained improvements in performance levels. To support this, TfL has revealed new incentives have been incorporated into the new contract including financially penalising Arriva should incidents caused by Network Rail, train and freight operators impact on London Overground services. Additionally, there has been a tightening of the rail industry standard measurement for punctuality for commuter services to three minutes within the scheduled arrival time. According to TfL these measures are being implemented to encourage closer working with Network Rail and Bombardier to improve reliability.

Gareth Powell, TfL’s Chief Operating Officer, London Rail, said: “We have worked hard to deliver major improvements for our customers, taking a neglected part of the transport network and transforming it to support new homes, jobs and economic growth across the Capital. Arriva will build on this by extending operating hours, improving frequencies and introducing new trains. I would also like to thank the existing operator LOROL for their work that has helped make London Overground the huge success story it is today.”

Commenting on the award win, Chris Burchell, managing director of Arriva’s UK trains division, said: “It is exciting to be given the opportunity to build on the major improvements we have made in recent years and we are delighted to be playing a key role in the next phase of London’s growth and development.

“London Overground is one of the capital’s big transport success stories with passenger numbers rising rapidly, the transformation of stations, and the introduction of extended trains to help with peak overcrowding.

“They are just some examples of the step-change in quality and how the network contributes to London’s economy. From November, our role is to ensure this success story continues and customer satisfaction levels remain high – helped by 1,300 employees who understand the network inside out.

“We will be working closely with Transport for London to introduce further improvements which will bring world-class performance and customer service levels across the network and to new routes.”

Reacting to the announcement, MTR’s CEO – European Business, Jeremy Long said: “MTR has been involved in London Overground since its inception, so we are obviously very disappointed that we won’t be working with TfL on the network’s next chapter.

“MTR has helped transform Overground from a series of underperforming and out-of-use lines into one of the country’s best railways, regenerating many areas of London.

“The success of Overground is testament to TfL’s vision, investment and stewardship, and the commitment of our staff, MTR colleagues, Network Rail, and our partners to delivering for passengers.”

In addition, Go Ahead issued a statement highlighting its “disappointed not to have been awarded the London Overground contract after submitting a joint bid with Keolis (Go-Ahead 49% / Keolis 51%).” Go Ahead now intends to seek feedback from TfL as part of its evaluation and review.