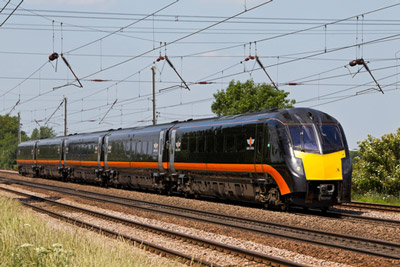 According to the Spring 2016 National Rail Passenger Survey, conducted by Transport Focus, 96 percent of passengers were satisfied, or very satisfied, with Grand Central services, compared to the national average of 80 percent. The survey also revealed the operator scored highly on helpfulness and attitude of its staff, punctuality and reliability, and overall satisfaction with its trains.

The result follows a fleet investment programme which helped it achieve a 90 percent satisfaction score in comfort and seating and an 88 percent satisfaction level in cleanliness of train interiors. Grand Central also saw an increase in passenger satisfaction with its presence at stations, following investment in initiatives such as the regeneration of Wakefield Kirkgate and its ambassador scheme in Brighouse, Hartlepool and Eaglescliffe.

Richard McClean, Managing Director at Grand Central, said: “We are delighted to top the Spring 2016 NRPS. The results show that we continuously listen to our customers, take on board what matters most to them – particularly focusing on consistently delivering the basics brilliantly – and translate their feedback into action. We understand that it is important to provide great value experiences that match, if not exceed, customer expectations, and this is what has led to high levels of customer satisfaction with our services.

“Our continued investment to refresh our fleet, along with the introduction of free WiFi and other services designed to provide great travel experiences on all our trains are just some of the ways in which we aim to satisfy our passengers. Our ongoing support for the regeneration of Wakefield Kirkgate has been recognised with The Cross Rail Award for Urban Heritage and is part of our strategic efforts to further improve the customer experience at the stations we serve, making travelling by train more appealing. As a small operator, we can be flexible in our approach to customers and champion our people to ensure that they are able to provide that personal touch that makes us different. The results are therefore a testament to our fantastic team of people who are committed and passionate to deliver the best service possible.”