Wireless sensors could be answer to improving level crossing safety

The Institute of Railway Research is exploring the possibility of fitting self-powered wireless sensors to improve level crossing safety. 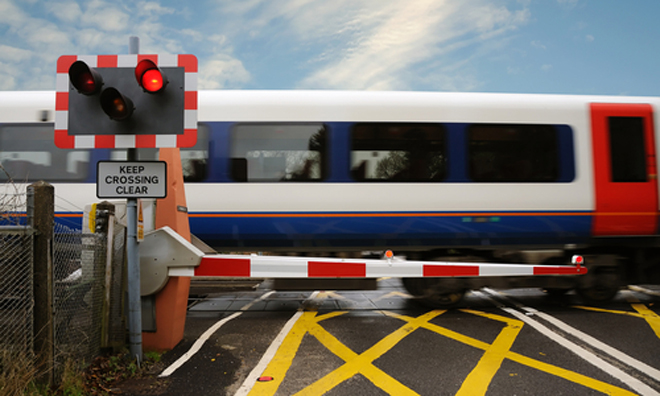 The Institute of Railway Research (IRR) is exploring the possibility of fitting self-powered wireless sensors to improve level crossing safety. The Institute of Railway Research based at the University of Huddersfield, is looking to develop its Department for Transport (DfT) funded crossing control project which uses self-powered wireless sensors to control automatic level crossings.

The IRR believes that using tiny wireless sensors could not only improve safety at railway crossings but would be less costly to install and maintain, drawing their electrical power from track vibration.

Winning funding from the DfT, the successful bid was drawn up by Research Fellow Dr Farouk Balouchi, an electronics engineer with specialising in “energy harvesting”.  This expertise helped develop a solution that gathered electrical power from sources that could include track vibrations caused by an approaching train.

Now that the IRR have demonstrated the feasibility of using wireless sensors to control automatic level crossings, researchers are to hold talks with industrial partners who can help bring the project to fruition. Peter Hughes, a specialist in level crossing safety who has supported the team states: “The UK alone has 6,599 gazetted level crossings and the technology would have global potential.”

The IRR believes large saving can be made as current train detection devices are costly and disruptive to install. With conventional detection systems costing up to £500,000, the Institute says a wireless sensor network in the same situation could be installed for less than £20,000.

“These detectors are expensive because they are made to be failsafe”, said the IRR’s professor in Railway Safety, Dr Coen Van Gulijk. “But we have shown that we can use many cheap sensors and still guarantee fail safety.”

In addition, the network would be self-powered by vibration and ‘self-healing’.

“If one sensor fails, the others talk to one another and create another network, creating another route for the information to travel,” explained Dr Farouk Balouchi.

He added that wireless sensors could be fitted quickly, with no requirements for conduits or wiring that was vulnerable to theft or problems such as being gnawed by rodents. Disruption to rail services caused by installation and maintenance would therefore be minimised.

In addition, the IRR also highlights that the wireless sensors would not only detect trains but, because they respond to vibrations, could also be used to monitor the condition of the track and the track bed.