Passengers can now have a glimpse of the engineering work being undertaken at London Bridge in a new video from Network Rail, ahead of major works throughout 2017. 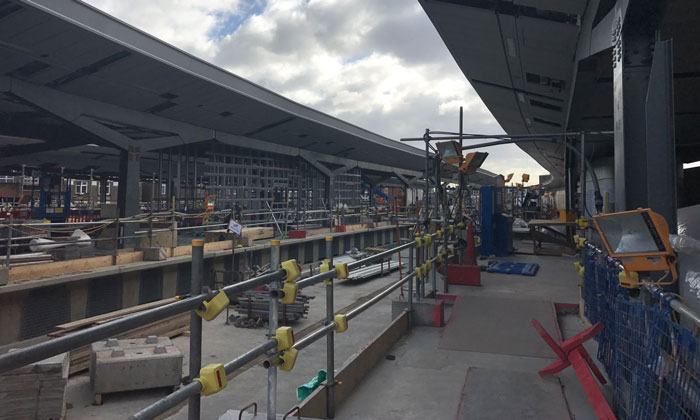 Passengers can now have a glimpse at the engineering work being undertaken at London Bridge station in a new video from Network Rail, ahead of major works throughout 2017. 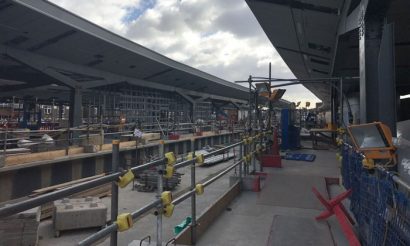 The video shows a peek at London Bridge’s £1 billion redevelopment, which is currently in its final phase ahead of completion in 2018.

This is part of the Thameslink Programme, which is aiming to transform north-south travel through London. When it is complete passengers will have:

A lot of progress has been made on London Bridge’s final section of the new, street level concourse, which will open in January 2018. The foundations are being formed for the station facade, and the lifts, stairs and escalators have also been installed. Furthermore, the pre-cast bridge decks that will support platforms one, two and three have been assembled, as well as the steelwork sections that will form the canopies above.

“As the redevelopment of London Bridge by the Thameslink Programme leaps towards completion, I would like to thank passengers for their patience,” said Andrew Hutton, Network Rail’s lead development manager for London Bridge station. “We understand that it has been tough and urge passengers to plan ahead throughout 2017 while we work round-the-clock on our Railway Upgrade Plan to improve journeys to and through London.”

Passengers are specifically advised to look ahead to August bank holiday and Christmas 2017 when significant engineering work will be taking place.