The Department for Transport has announced that First MTR South Western Trains Ltd has been awarded the South Western franchise which will run for seven years from 20 August 2017. 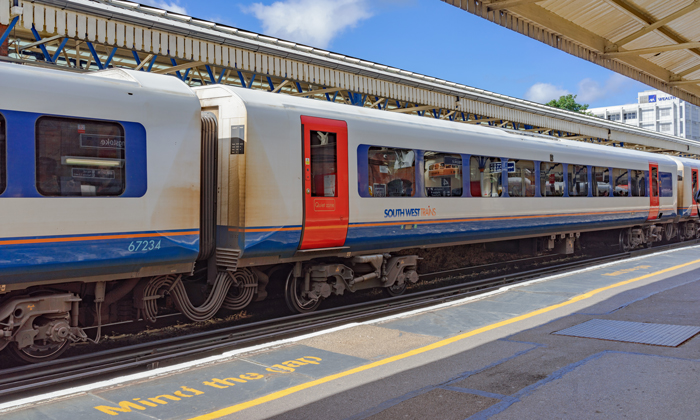 This is part of a wider ambition from the Department for Transport (DfT) to transform the way railways work to deliver a revolution in services for passengers, and is the first franchise awarded since the Secretary of State set out his vision for the future of railways.

“First MTR South Western Trains Limited will deliver the improvements that people tell us they want right across the South Western franchise area, from Bristol and Exeter, to Southampton and Portsmouth, to Reading, Windsor and London,” said Transport Secretary Chris Grayling. “We are delivering the biggest rail modernisation programme for over a century and this franchise will deliver real changes for passengers, who can look forward to modern trains, faster journeys and a more reliable service.”

A partnership between track and train

The new franchise will see a closer partnership working between track and train, and will be run by an integrated local team of people. Furthermore, First MTR South Western Trains Ltd (who’s major shareholder, MTR, operates the busy Hong Kong metro), expects to work close with Network Rail to ensure a smooth operation of routes and improved services.

Investment for the new franchise

See here for a map of improvements to the South Western franchise.

The government is supporting this investment in rail to deliver new world-class infrastructure and create thousands of job opportunities across the country as well as creating 30,000 apprenticeships in the road and rail sector by 2020.

The new contract will also see passengers provided with better information on-board trains, on platforms and through a new mobile phone app, including live information on seating availability and crowding levels.

Responding to the news, Lianna Etkind, Public Transport Campaigner at Campaign for Better Transport, said: “In the future, the Government sees Network Rail and train operators working hand in glove at local level. The new South Western franchise is an important test of how this will work in practice. Passengers will welcome extra ticketing investment, especially commitments to smartcards and new discounts for part-time workers, but will want to see better reliability and value for money as well as long term plans to improve the resilience of the network.”

“Passengers will want to see better reliability and value for money…”

Stagecoach Group plc is disappointed that it has been unsuccessful in its bid for the new South Western rail franchise. “We are proud to have operated the network under the South West Trains brand for more than 20 years and we are disappointed that we have been unsuccessful in our bid for the new franchise,” said Stagecoach Group Chief Executive Martin Griffiths. “We believe we submitted a strong bid for the new South Western franchise. We will be seeking detailed feedback from the Department for Transport on the various elements of our bid.

“I would like to thank all of our employees and partners who have been involved in delivering our vision for the railway in the south-west as well as those who contributed to our strong bid for the new franchise. I know they share our disappointment in the result. Nevertheless, we will continue to work hard on our part to deliver a professional service and meet our obligations in the final months of our current franchise.”

This follows the DfT’s plans to seek views on a new franchise in the south-east, which aims to provide passengers with improved journeys: “Passengers on a new South Eastern franchise from 2018 will enjoy modern trains with more space and a more punctual and reliable service,” Mr Grayling said. “This consultation sets out what we expect the next operator to deliver for passengers and innovative use of technology to improve both ticket buying and compensation if things do go wrong.”