A contract has been signed between GE Transportation, the Ministry of Transportation (MoT) and the Egyptian National Railways (ENR). 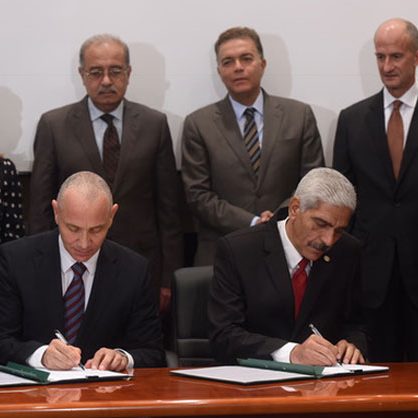 A Letter of Intent worth $575 million between GE Transportation, the Ministry of Transportation (MoT) and the Egyptian National Railways (ENR), has been signed to transform the railway infrastructure in Egypt. 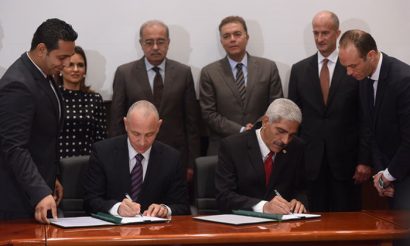 The signed Letter of Intent is to supply 100 GE ES30ACi Light Evolution Series locomotives that can be used for both passengers or freight rail, as well as a 15-year agreement for parts and technical support for GE locomotives in ENR’s new and current fleet.

The agreement, which is the largest ever between the parties, also includes technical training aimed at improving local capabilities and technical skills for more than 275 ENR engineers and employees in region.

“We will work on enhancing the efficiency of rail transportation”

“We are looking forward to bringing the latest technologies to improve rail infrastructure in Egypt,” said Medhat Shousha, Chairman of Egyptian National Railways. “Together with GE, we will work on enhancing the efficiency of rail transportation for both freight and passengers. Additionally, the parts and technical support agreement will ensure that the performance of our fleet is maintained over the years.”

The new locomotives will be equipped with a 12-cylinder, 3,200hp GE Evolution Series engines and will deliver a high power output to enable enhanced productivity and flexibility in heavy haul operations, as well as enhanced reliability.

“This marks a major milestone for Egypt and reflects a long-standing relationship with the Ministry of Transportation and ENR,” added Jamie Miller, GE Transportation Chief Executive Officer. “Today, ENR’s fleet includes roughly 80 GE Evolution Series locomotives to move people and goods critical to Egypt’s economy. With this agreement, we will help the region improve its rail infrastructure and bring products to market faster and more efficiently.”

GE has been a committed partner to Egypt for over 40 years, with over 700 employees in country.