Metra, Chicago’s regional transport network, has elected James M. Derwinski to be the next Executive Director/CEO of the commuter rail agency. 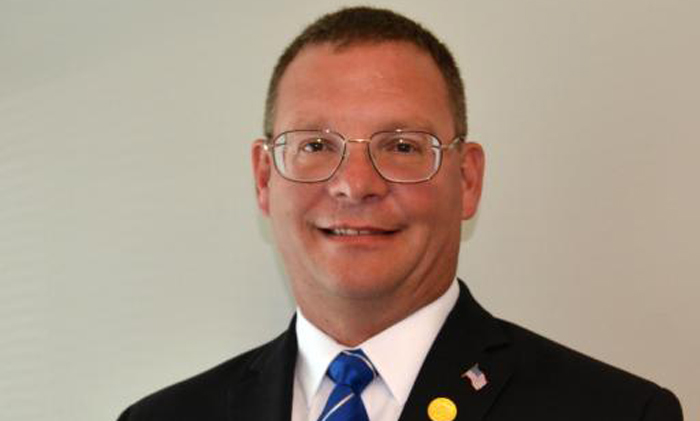 After spending six-years in the U.S. Navy as an electrician on nuclear submarines, Mr. Derwinski began his railroad career as a locomotive electrician with the Chicago & North Western Railroad in 1993.

He was named Chief Mechanical Officer in September 2013, a role in which he oversaw 650 employees responsible for the repair, inspection, cleaning and maintenance of nearly 1,200 railcars and locomotives, as well as being in charge of in-house railcar and locomotive rehabilitation programs, a contract for locomotive remanufacturing and the installation of Positive Train Control on cab cars and engines.

“In Jim Derwinski we have an inspirational leader, well known for his effective communications and ability to develop people, thus earning him great respect within Metra. Using his intelligence and skills, Jim has developed processes and procedures that make efficient use of taxpayer dollars,” said Metra Board Chairman Norman Carlson. “Prime examples are his department’s rolling stock rehabilitation, remanufacturing and maintenance programs that keep our aging cars and locomotives running – helping us to meet our on-time performance goal for 29 months and counting.”

Mr. Derwinski will replace Don Orseno, who is retiring at the end of 2017. The Board made the selection at this time so that there will be a lengthy transition period before Mr. Orseno retires.

“With Jim’s background, railroad knowledge and collaborative working relationship with BNSF, Union Pacific and the regulatory agencies, I am confident he will hit the ground running when he takes the helm at Metra in 2018,” Mr. Orseno added. “I will be pleased to leave the agency under Jim’s leadership.”