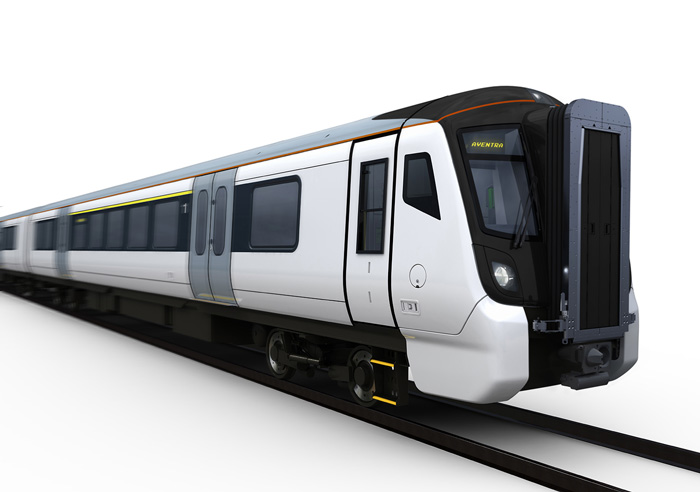 Bombardier Transportation has signed a contract with Corelink Rail Infrastructure and West Midlands Trains and will supply 333 new BOMBARDIER AVENTRA vehicles for use on the United Kingdom’s West Midlands Trains franchise, together with a maintenance and support services contract.

After receiving fleet of 333 AVENTRA vehicles West Midlands Trains will be able to increase the frequency of their services and reduce journey times in England’s second most populated metropolitan area. The additional contract for Bombardier will enable them to ensure a more reliable maintenance service.

The overall value of the rolling stock and maintenance contracts are valued at approximately £542 million ($724 million US). The maintenance contract will run for the duration of the franchise with an option to extend in line with any franchise extensions. Both contract signatures follow the previous customer announcement naming Bombardier Transportation as the preferred bidder.

Chris Grayling, Secretary of State for Transport, said: “We are delivering the biggest rail modernisation programme for over a century. West Midlands passengers will see longer, more frequent trains, faster journeys and a more reliable service. This is part of a huge investment happening up and down the country and will make a real difference to passengers. This investment reflects our commitment, and that of train operators, to put passengers at the heart of everything we do.”

Abellio, JR East and Mitsui were announced as the winners of the West Midlands franchise by the Department for Transport in August 2017 and will operate the franchise from December 2017.

Dominic Booth, MD of Abellio UK, said: “This is all part of the £1 billion investment we’re bringing to the West Midlands franchise. At Abellio we’re committed to supporting the communities in which we operate as much as possible and getting these trains produced in the Midlands is a key part of this.”

Richard Hunter, UK Managing Director, Bombardier Transportation, said: “Our modern AVENTRA trains will be built in the Midlands for the Midlands, and will transform the travel experience for passengers by delivering more reliability, shorter journey times and an exceptional travel experience through enhanced interior design. This important contract win demonstrates that Bombardier is the first choice when it comes to delivering high quality, integrated transportation products and services. It’s another huge endorsement of our workforce and the quality of the products we design, engineer and manufacture in the UK.”

Bombardier will produce and maintain 333 electric carriages, 36 of which will be 90mph three-car trains for metro services. 45 of the carriages will be 110mph five-car trains for outer suburban and long distance configurations. Built at Bombardier’s facility in Derby, the AVENTRA product family platform has the flexibility to meet several market segment needs and complements the fleets that have already been ordered for Transport for London’s Elizabeth line, London Overground’s LOTrain, and the South Western Railway and Greater Anglia franchises.