India’s Northeast Frontier Railway (N.F.Railway) has put to use, in all locomotives, a new GPS based system which will auto warn train drivers of distances when approaching stations or crossings, even when visibility is poor… 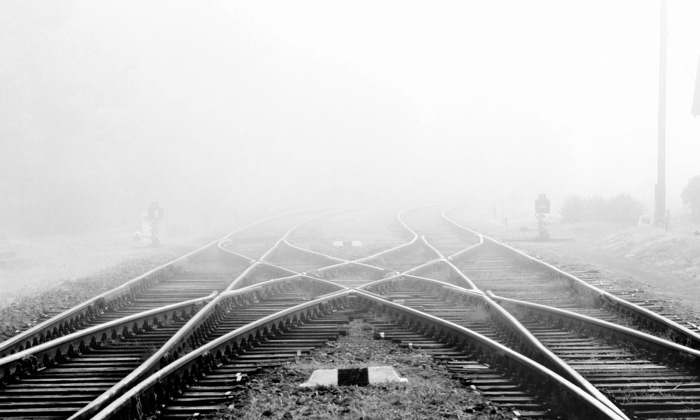 FogPASS (Fog Pilot Assistance System for Safety), equipment that consists of an inbuilt battery and GPS antenna with magnetic base, has been installed in all N.F.Railway’s locomotives.

The device which weighs 1.5kg is carried by the locomotive pilot at the time of assuming charge of the locomotive. Placed o­n the consul of the pilot, as the train moves, it will display a short description and the remaining distance of the next two landmarks o­n an LCD screen.

As a train approaches a station the device will flash the distance left for the home signal of that station, therefore even if the pilot is unable to physically see the signal, they would know how far away they were and would be able to notice the aspect of the signal (red, green or yellow). This system enables pilots to act accordingly even in extreme foggy weather.

Also incorporated into the device for the attention of drivers is the facility of voice announcement in the speakers attached.

At N.F.Railway, a total of 1,101 devices have already been allotted to all divisions for fixing into locomotives.

Railways have before deployed fogmen to place detonators o­n the tracks which alert the locomotive pilots about approaching signals. However with this system senior railway officials are undertaking night foot plate inspection and have to track patrol to detect any cases of rail fracture. Another system to tackle visibility issues has been walkie-talkie sets given out to the crew and station staff, alongside signal indication booklets provided to locomotive pilots.

Ordinarily, during intense fog, railways normally encounter a crew shortage resulting from longer working hours. This is owed to slower mobility, heavy crowding of waiting list passengers and a lack of track maintenance due to reduced capacity.

Therefore FogPASS is expected to relieve these difficulties, increase safety on the rails and ease train operation during intense fog and poor visibility.