Degraded Mode Working System: What is it and what does it mean for the rail industry?

Richard Jones, Senior Technical & Innovation Manager at the Railway Industry Association (RIA), provides an insight into the Degraded Mode Working System (DMWS) which, in the event of a signalling problem, can give an instruction to a train driver that it is safe to proceed beyond the failure locality to a distant position determined by the signaller, and how this system fits in with the future digital transformation of the UK’s railway network. 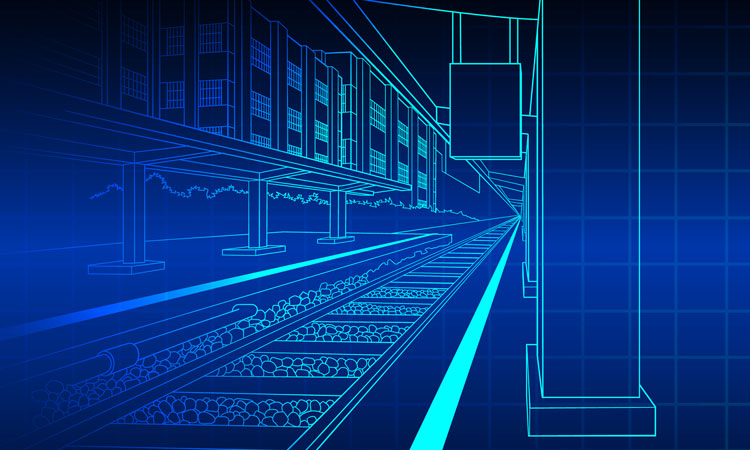 During the Railway Industry Association’s (RIA) Unlocking Innovation webinar series during the week of 29 June 2020, we examined the role of the Digital Railway programme on the UK’s railway network. Throughout the week, innovators and pioneers explored different innovations which could allow the digital railway to deliver even more benefits for rail users – one of which was the Degraded Mode Working System (DMWS), formerly known as the COMPASS system.

But what is DMWS, and what does it mean for our rail network? A presentation by Karl Butler‑Garnham, a Programme Manager at Network Rail, provided some useful insight.

Why is there a need for a DMWS?

The purpose of signalling is to control the safe movement of trains and it does this by giving the driver a ‘movement authority’ in the form of a signal or, in the future, an in-cab display. In the event of a signalling failure due to loss of power, track circuit or axle counter failures, an interlocking fault or cable damage/theft, trains would stop and workers would have to attend the site to implement the manual system. This causes further delay, is frustrating for passengers and is costly for Network Rail and train operators, as there is a penalty charge for Network Rail and, ultimately, ticket compensation for passengers. Most importantly, however, resolving this issue would reduce the risk of rail workers who currently have to conduct lineside work. If a way can be found to speed things up by remotely assessing the on-site situation, fulfilling some proving checks and issuing drivers with cautionary movement instructions, then trains can be instructed to move and working through the defective section is restored more quickly.

DMWS is an independent system that provides a ‘movement authority’ to the train driver via cab radio if the primary signalling system fails, restoring the service quicker than is possible with manual methods. In his presentation, Karl Butler‑Garnham explained that DMWS is an electronic version of the 1990s Temporary Block Working (TBW) system, which was a paperbased instruction, giving authority to pass signals at risk. An improved version is the 2018 Emergency Special Working (ESW) system. These versions were safe and effective but take time to initiate and can cause significant delays. With modern communication and positioning technology, a manual system looks outdated, and Network Rail realised it was time to look at the requirement from scratch. It was decided that the new system would be applicable to both conventionally signalled railways and lines equipped with European Rail Traffic Management System (ERTMS) or European Train Control System (ETCS) in-cab signalling.

For the new system to improve performance during signalling failure, DMWS must know the precise position of the train, the exact track it is on and the expected route it will take, as well as the movement of other trains in the region. The system must also have knowledge of the status of the key infrastructure, including the lie of points and status of ground frames. These are the key elements that need to be established. Once this happens, the driver will be instructed from the central system via the GSM-R cab radio, which is upgraded with the DMWS software, to progress to the specific position. This is also known as an ‘Authority to Move’ (ATM) and is not to be confused with the term Movement Authority (MA), as used in ERTMS/ETCS train control.

The DMWS system has three main subsystems: The central processing system; the trainborne system; and the trackside system. The central system will give the signaller details of the location of trains, direction of travel, lie of the points, status of ground frames etc. The trainborne system will report train position and speed and provide instructions to the driver. The trackside system comprises the IDR (Inhibit, Detect, Repeat) Unit, which will detect the lie of and inhibit the movement of points, suppress TPWS and repeat this information back to the control centre.

Once satisfied that the route ahead is clear and proven, the signaller will instigate DMWS working, issuing instructions to the driver, which are then displayed in the cab on the existing GSM-R cab radio. The text-based instructions can be confirmed by a voice call if necessary.

All of this replicates the present temporary block working and Emergency Special Working (ESW) routines, but can take place much more quickly, improving both recovery of the service and staff safety.

How is DMWS delivered?

The DMWS development project is part of Network Rail’s Research & Development Portfolio – a £245 million investment programme over CP6 to drive improvements to the safety, performance and efficiency of Britain’s railway infrastructure to the ultimate benefit of passengers and freight customers. Network Rail is already working with two train operators and a range of suppliers to develop this system, with system developer and integrator Altran onboard, and Siemens also in contract for the trainborne radio upgrade. The final major procurement activity for the Trackside Inhibit, Detect and Repeat (IDR) equipment was launched in July 2020.

This procurement approach is itself very innovative, as it uses the Innovation Partnership Procedure which, although it is part of the Public Contract Regulations 2015, has not been widely used. It is intended for situations like this, where the required product does not yet exist and so the procurement is about choosing the right partners to work with to develop the new product. It is somewhat like the SBRI (the Small Business Research Initiative), whereby it allows the client to work with more than one supplier who compete to conduct separate R&D activities funded through the contract. However, it has one crucial improvement over the SBRI: Having developed the solution, it is now possible for the client to purchase the innovative product or service directly from the developer without a further procurement, providing a mutually beneficial approach for both client and supplier in developing new types of products and services. This partnership will allow up to five suppliers to develop concept designs, before up to two are taken forward to develop a prototype, with successful trials leading to a framework for deployment – without a further procurement process.

The current business case estimates that targeted deployment would reduce total Network Rail delay minutes by 3.1 per cent and generate benefits of more than 1:3 times the cost of delivery. These figures have been validated using actual data from the Western route.

The next stages of DMWS involves partnership and cross industry collaboration, as the project is anticipated to move into design, build and testing in spring 2022, system integration in summer 2022, operational trial in autumn 2022 and a standards update in spring 2023. An exciting project, not just for its technical content but also for the procurement processes pioneered in its development. In particular, the acceleration of the project towards implementation under governance of the Network Rail R&D team is a very positive look into the future of rail innovation.

Richard Jones has worked in and around the rail industry for the last 20 years and is particularly associated with innovation in the industry. He has worked with consultancies and Tier 1 OEMs to drive change and improvement in processes and products using new approaches and new technologies. His background covers both technical and business roles. As RIA’s Senior Technical and Innovation Manager, Richard is responsible for delivering RIA’s Technical Interest Group (TIG) programme of more than 20 events each year, as well as the very successful Unlocking Innovation events. Richard also attends several technical events, such as RSSB committees on behalf of members and reports back through the TechTalk newsletter.