The reduction and possible elimination of noise became an issue that is steadily gaining importance on railways. After ‘TSI noise’ came into force on 23 June 2006, all new-built rolling stock has to comply with it. One of the main sources of railway noise is the rolling sound of the wheel on the rail. The rougher and the less round the wheel surface – the greater the noise emitted.

Cast-iron brake shoes, still widely used on freight wagons, make the wheel surface much rougher than a similar product made from composite material due to the fusing of minute metal particles into the tread surface during braking (Figure 1).

Replacing cast-iron shoes with a synthetic product can therefore substantially reduce wagon noise emissions, for example by about 10dB for a 100km/h freight train.

However, a number of technical problems must first be solved: 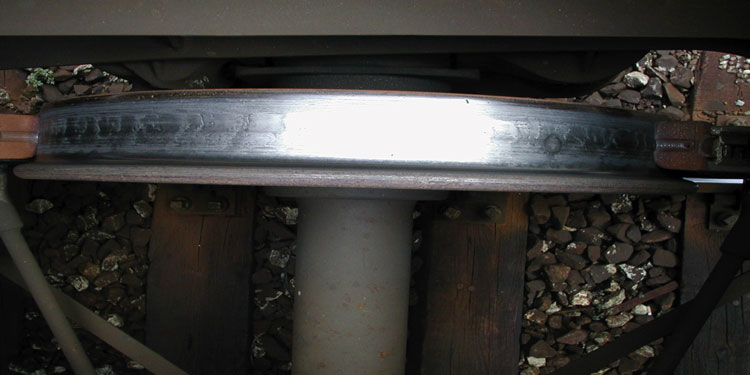 Nevertheless, it has to be admitted that cast iron brake shoes offer a number of advantages, including:

The main disadvantage of cast iron is the double dependency of its friction coefficient versus speed and application force.

Consequently, two approaches were determined to replace cast-iron brake shoes by a substitute of composite or sintered material:

Dynamometer tests are used for a pre-selection of materials, followed by slip-brake tests to determine the braking performance. To prove the capability of the new system to comply with operational demands even under extreme conditions braking tests on alpine slopes were conducted. To assure their braking capability under winter conditions they were subject to line tests in Sweden and in the climatic chamber of RTA (Figure 2). 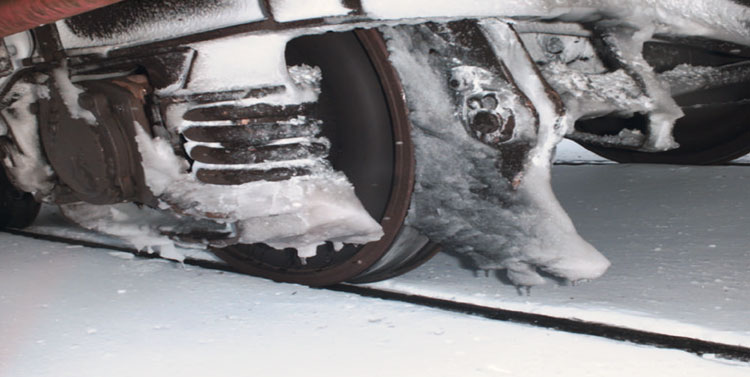 Figure 2: Train braking systems tested in the snow of Sweden

A winter test programme on the dynamometer is about to be finalized within the next few months to replace the costly method of line tests. Unfortunately, experiences from North American Railroads – where composite brake shoes are used since a long time – were not transferable as their operating conditions are completely different from those in Europe:

Three products with a high friction coefficient (K-blocks) were finally identified as being capable to respect all above mentioned requirements. It is now necessary to prove their sustainability in service and to demonstrate that their LCC are not superior to those of cast iron. To gain experience on brake block and wheel wear several freight vehicles in revenue service were equipped with composite brake blocks. Regularly parameters such as wheel surface, wheel diameter, remaining stresses in the wheel rim, together with block wear are controlled, thus being the only method to gain experience on LCC. Positive results led to the equipment of meanwhile approximately 8500 wagons with K-blocks in revenue service, but the economic success of K-shoes depends on their interchange ability between different products, which is not yet the case for all certified products. Operating needs led to new additional requirements for composite brake blocks:

The UIC braking experts committee is continuously working to overcome these obstacles, as well as to translate potential advantages of K-blocks (the higher friction coefficient would allow a considerable mass reduction of the brake rigging) into new technical solutions.

As mentioned above, ‘TSI Noise’ limits noise emission for freight wagons to a threshold that is only achievable if a vehicle is equipped with composite brake blocks or disc brakes. But ’TSI noise’ is only applicable for new rolling stock or vehicles subject to a major refurbishment, existing vehicles may remain in use until the end of their useful life.

A considerable reduction of the noise emission is only achievable if the percentage of cast-iron braked vehicles in a train drops below 30%. Due to the longevity of the life of railway wagons (25-35 years) a mid-term (within the next 7-10 years) reduction in noise emission will only be feasible, if a replacement product can be found with exactly the same friction behaviour as cast iron: the LL-brake block. That would allow replacing cast iron brake shoes in a great number of existing freight vehicles without any additional modifications. During the development of LL-blocks a great number of drawbacks were encountered.

Although the technical development of these so-called LL brake blocks is fairly advanced and finally three types of LL blocks obtained a provisional UIC approval for international traffic, a number of open questions- see above- remain unsolved for the moment. As the exchange of cast iron blocks against LL-blocks will happen on a purely voluntary basis the LCC issue costs is here even more important than for K-blocks in new vehicles. Beside a technically developed functional solution for LL-blocks only a serious guarantee that switching from cast iron to LL-blocks will not entail a LCC penalty can convince wagon owners to convert their fleet. 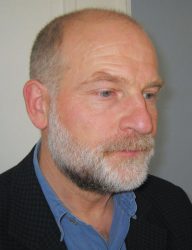 Hans Paukert has been the Senior Advisor of Brakes and Diesel Traction at the UIC since 2004. He studied Mechanical Engineering at the Technical University of Vienna between 1973 and 1981 before taking a post-graduate study on Railway Engineering at the Technical University of Munich, finishing in 1982. Mr. Paukert worked for the Austrian Federal Railways between 1985 and 1989, responsible for the maintenance of pneumatic brake devices. He later became responsible for brake design and construction within the same company before becoming Project Manager for brakes and diesel traction at ERRI in 1993.