Sachinder Mohan Sharma, Group General Manager at the Dedicated Freight Corridor Corporation of India Limited (DFCCIL), explores the details behind building a corridor with appropriate technology that enables Indian Railways to regain its market share of freight transport by creating additional capacity and guaranteeing efficient, reliable, safe and cheaper options for mobility to its customers.

The rail ‘Golden Quadrilateral’ connecting Delhi, Mumbai, Chennai and Kolkata comprises of 16 per cent of the route kilometres but carries more than 55 per cent of passenger and freight traffic. Since this route is saturated, the need was felt for upgrading the sections and also increasing the line capacity for carrying more rail traffic. Keeping in view the surging requirement of powerhouse coal from Kolkata to the Punjab area and the container traffic from the western ports of Mumbai and Gujarat to the Delhi area, the eastern and western dedicated freight corridors were envisaged in 2005. To fulfil this dream, an agency called the Dedicated Freight Corridor Corporation of India Limited (DFCCIL) was established for the construction, operation and maintenance of the corridors. Its mandate also included the setting up of multi-modal logistics parks and providing complete transport solutions to customers. The DFCCIL is a Public Sector Undertaking (PSU) corporation run by the Government of India’s Ministry of Railways.

The Eastern Corridor extends from Dankuni to Ludhiana and is funded by the World Bank to a tune of $1725 million. The section between Sonnagar and Dankuni (538km) is coming up as a public private partnership (PPP) and, for the section from Mughalsarai to Sonnagar (126km), equity funding is being provided by the Ministry of Railways in India. The Western Corridor from Mumbai to Dadri is being funded by the Japan International Cooperation Agency (JICA) and constitutes a loan of about 654 billion JP¥. The overall capital structure of the dedicated freight corridors (DFC) entails a debt equity ratio of 3:1. 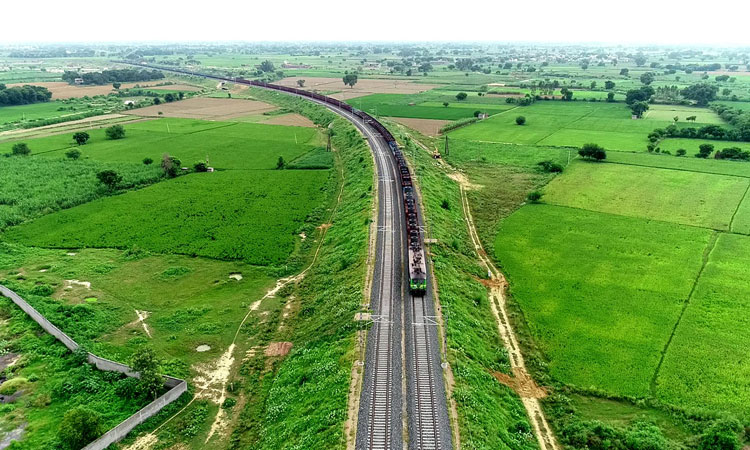 The growth of the Indian economy has created demand for additional capacity of rail freight transportation.

The vision for the DFC is to run longer and heavier trains. To do so, the sections have been made with a long-term perspective and the foundation can cater to a 32-tonne axle load, whereas the tracks and sleeper density have been designed for a 25-tonne axle load. This limit has been kept in mind, because most of the traffic will originate and terminate on the Indian Railways network and pass through the DFC. Routes on Indian Railways are also being upgraded to a 25-tonne axle load so as to ensure seamless first and last mile connectivity. Apart from this, 2×25 KV electric traction is planned so as to ensure 120 trains on each corridor with a time gap of 12 minutes each. The maximum moving dimensions of the DFC are higher than those on Indian Railways, and this will help in using rolling stock with enlarged dimensions, especially if the origination and destination is on the network. All of these will help in higher throughput, thereby improving the asset utilisation and helping Indian Railways to carry more traffic. The DFC will have a positive impact on the rail industry, economy and the environment.

Some of the other innovative features include: Train protection warning systems for safety; train management systems for monitoring operations; and a global system for mobile communication between the train crew and control. As far as track is concerned, mechanised track laying using a new track construction machine, cant in turnout zone, head harden rails, thick web switches, GPS coordinates of land boundary and friction buffer stocks have been used. For the electrical systems, computer simulation tools for optimising the rating of equipment like traction transformers, SCADA (supervisory control and data acquisition) systems for Over Head Equipment (OHE) maintenance and better configuration of electrical wires and regulating equipment has been deployed. For the first time, high rise OHE with a height of 7.1m is being used in the western corridor to enable the movement of double stack containers, which were, earlier, running on diesel traction. For rolling stock operations, the online monitoring of rolling stock systems consisting of wheel impact load detectors and hot box detectors are being used. At various stations, cameras have been deployed for the rolling-in examination of wagons. The whole DFC has been planned without any surface level crossings to enable higher speed and safety. The concept of integrated maintenance depots 150km apart is envisaged, and these shall look after all activities pertaining to infrastructure and rolling stock maintenance and out of course attention. 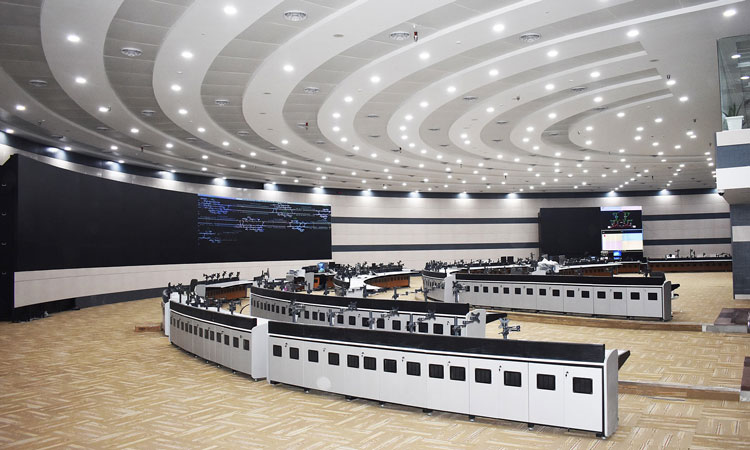 The operation control centre for the Eastern Corridor.

All of these technological upgrades will have a trickledown effect on the Indian Railways. Most of these technologies are either being partially sourced from India or are coming up through joint ventures or partnerships. These will thus help in the ‘Aatmanirbhar’, or self-reliance mission, of India and also help in developing the rail eco-system. This will help in not just job creation, but also skill development.

Every infrastructure project has forward and backward linkages, and it is estimated that the DFC will pay back more than 5.5 times the value of the money invested in it. This will be through the development of industries, jobs and livelihood and the boost to the logistics sector.   In India, logistics cost is estimated to be between 13 to 14 per cent of the gross domestic product (GDP), and it is higher than those in developed countries, while the global average is eight per cent. India is ranked 44 in the World Bank Logistics Performance Index 2018. The average speed of trains will be about 70kmph on the DFC routes, and the cost of operation will be less than half that of IR. The savings will be passed on to the customers, and this will bring down the overall logistics cost. 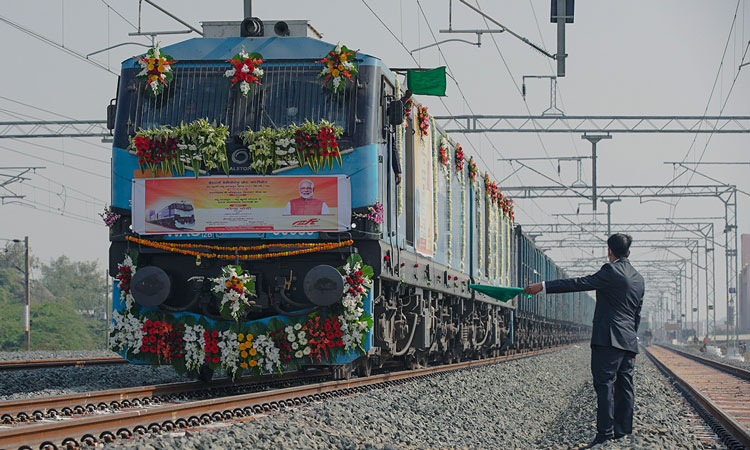 The inaugural run of the 340km section of the Eastern DFC.

Rail traffic estimates in DFC influence areas indicate that the incremental traffic today is expected to be 163 MT, and this will increase to 500 plus MT in 2030-31. The corridors will be along the Delhi Mumbai Industrial Corridor (DMIC) and other industrial hubs, and the cheap cost of transport will make industries more viable. There will be opportunities as we develop MMLPs and PFTs, and, also, the port infrastructure is built up. The whole eco system will develop around the DFCs, and these will be the engines of growth and development in the area. Some of the services planned include:

Other innovative practices to capture the traffic are also planned on the DFC network so as to utilise the higher schedule of dimensions available. It is, therefore, essential that the rail coefficient of the traffic increases so that we may reap the benefits of efficient operations. Some other benefits of the DFC include safety in operations, increased speed of delivery and socio-economic benefits to the nation.

Both the DFC routes are planned for electric traction. Electric supply will be taken through open source, which will bring down the cost. Using greener sources of energy will help in reducing carbon emissions and also reduce the reliance on imported fuel. It has been estimated that the DFC operations will bring about 400 MT of overall saving in terms of CO2 emissions till 2040-2041. On the surplus land, solar panels are also being provided with grid connectivity, and this will reduce the net energy requirements.

The stations on the DFC have also been planned at a distance of 40km and the whole route has automatic signalling, which will ensure efficient operations, thereby reducing the energy consumption due to stoppages. The locomotives are equipped with regenerative braking, which will further reduce the energy requirements. Longer length trains of up to 1,500m will also be more efficient due to tailgating. The manpower on the DFC will be matching the international benchmarks of about one employee per kilometre. Integrated maintenance practices for the rail infrastructure will reduce the duplicity and make the corridor more efficient. Less number of employees implies less energy consumption for non-traction purpose. Thus, the DFC will be a sustainable project whose benefits can be enjoyed in perpetuity. 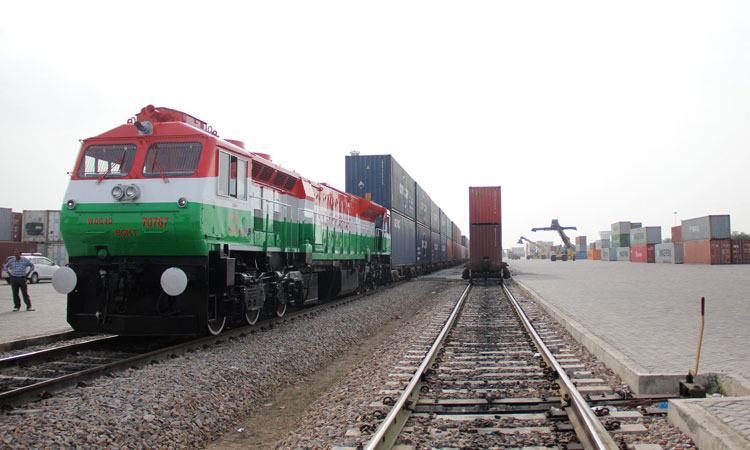 A double-stacked container train operating on the DFC.

Since the freight corridor is a government unit, it has various stakeholders and endeavours to improve their quality of life on a sustainable basis. DFC has a Memorandum of Understanding (MoU) for skill development training and provision of solar lighting. As part of its policy, it looks at making the locals self-reliant and skilled to make them employable. Money was also spent in setting up toilet blocks in rural areas, provision of facilities for differently abled citizens and for promoting rural, national and parasports. (DFCCIL, 2020).

DFCCIL is committed to its pursuit of transforming the transportation scenario in the country. The impact of this project will be like a positive externality, as the savings and logistics cost will be reaped across the domestic and international value chain. The project will bring about a modal shift from road to rail and will also help to capture new commodity traffic. Seeing the potential of this project, four more corridors are currently being planned along the other parts of the Golden Quadrilateral.

Sachinder Mohan Sharma is a railway mechanical engineer with over 27 years of experience in rolling stock maintenance and operation. His other areas of expertise include disaster management, fuel and alternate fuels, crew and diesel locomotives. He is a fellow of the Institution of Mechanical Engineers, UK and India. He has a MPA from the National University of Singapore, is a Chevening scholar from the University of Oxford, UK, and is presently perusing his PHD from the Indian Institute of Management, Kozhikode. 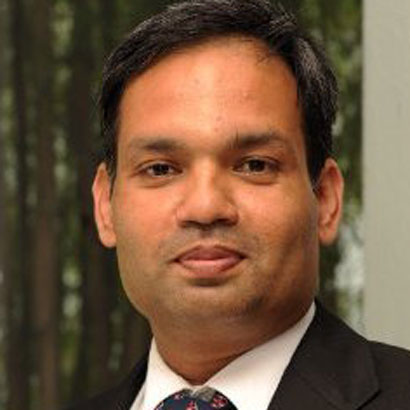