Is magnetic rail in Europe a stepping stone to hyperloop?

Despite the pandemic, 2020 brought a lot of success in accelerating hyperloop technology. But, before hyperloop vehicles can gather speed, the possibility of using magnetic levitation on existing railway infrastructure is being explored. Przemyslaw Paczek, CEO & Co-founder at Nevomo, explains more about a ‘magrail’ solution and asks the question – will Europe be bold enough, or even able, to implement such technology while it waits for the arrival of hyperloop? 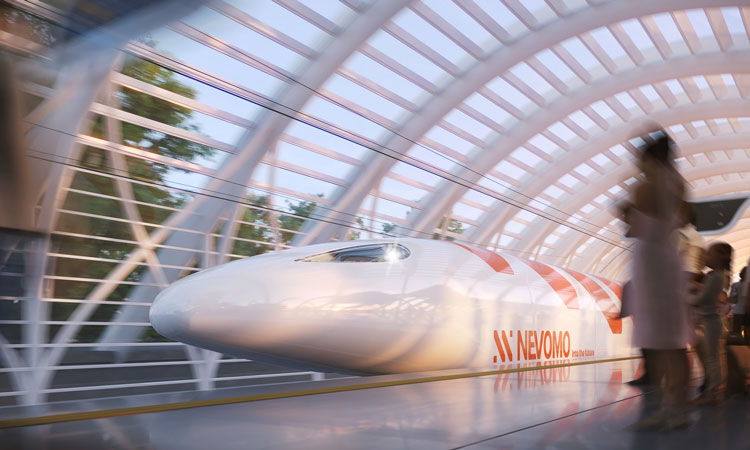 2020 was a breakthrough year for hyperloop technology, also known as the ‘ultrafast magnetic vacuum railway’. Governments of many countries and international organisations discovered that this technology is not science fiction, but is, in fact, a real alternative, which may be the safest and fastest means of transport, reaching speeds of up to 1,000kph (621mph).

In February 2020, the most important entities dealing with hyperloop technology in Europe established the Joint Technical Committee (JTC 20) in Brussels – acknowledging the growing interest in the development of vacuum transport. Its goal is to create a uniform system of ultrafast transport throughout the continent – a common methodology and a coherent structure.

It didn’t take long for a response from the United States. In July 2020, the U.S. Department of Transportation (USDOT) issued a strategic document, ‘Pathways to the Future of Transportation: A Non-Traditional and Emerging Transportation Technology (NETT) Council Guidance Document’. Not only has it defined a pathway to regulate and implement hyperloop, but it also makes hyperloop projects eligible for federal financial aid from the same programmes as rail projects. Experts pointed out that this document has started a race for world leadership in 21st century transport.

The end of the year brought more important decisions, this time, again, from Europe. One of those was the project HyperNex: Ignition of the European Hyperloop Ecosystem. At the beginning of December 2020, a consortium of 13 entities from eight European countries received a grant as part of the Shift2Rail initiative. This project aims to start joint research and cooperation between companies, research centres and R&D institutions interested in the development of a next-generation transport system, such as a hyperloop.

Another initiative at the European level to accelerate this technology’s development was the Dutch Hyperloop Development Program, also announced in December 2020. It is a consortium of 19 entities – global players in the industry and institutions that have been involved in the development of the vacuum railway for years. A total of €30 million has been allocated to the entire project. The start of the project, under which the European Hyperloop Centre will be created, is planned for the beginning of 2021.

Progress of the development of this technology is closely watched by the European Commission (EC), whose initiatives have resulted in regular meetings with representatives of the industry and the creation of a ‘Study on a Regulatory framework for an innovative transport technology such as Hyperloop’ report, which will soon be published.

All of these activities took place on the eve of the European Year of Rail, which aims to promote rail as the most sustainable and safe means of transport, while supporting the achievement of the objectives of the European Green Deal in this area, and accelerating work on the creation of a coherent and functional rail network throughout Europe.

Unfortunately, the data from the report issued by the European Commission (EC) on the condition of the European rail network in 2015-2018 does not look optimistic. First, rail traffic grew by only 2.5 per cent per year for passengers and 4.1 per cent for freight transport. The share of rail in passenger transport, taking into account all means of land transport, increased only from 7.6 to 7.8 per cent and, in the case of goods, it even dropped – from 18.8 to 18.7 per cent. Thus, the role of rail in Europe is still relatively low – cars still dominate on shorter distances, and passengers choose air traffic for travelling between European countries.

This fact is not a good starting point when discussing the future of European railways – especially when you look at China and Japan, which have just begun competing to create the world’s first long-distance magnetic line between major cities. Experts estimate that if they complete their projects on time (2035 China, 2037 Japan), they will gain an advantage when it comes to exporting new technology. 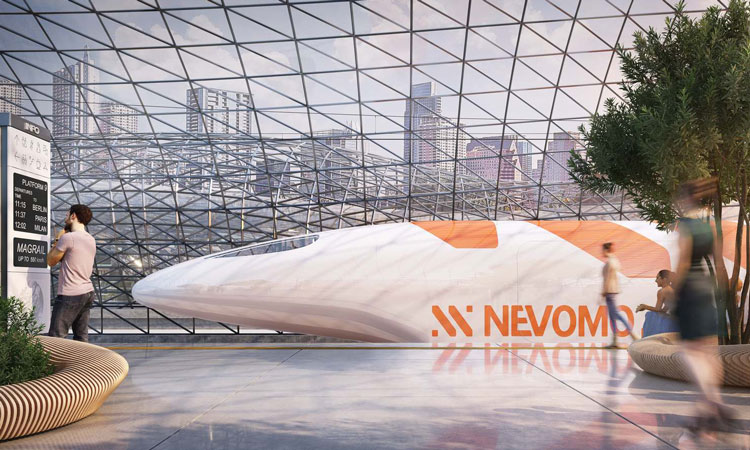 Meanwhile, Europe, despite the billions entrusted to building a common Trans-European Network (TEN-T), the completion of which is scheduled for 2030, is facing major difficulties meeting these objectives. The European Court of Auditors, which examined how the Member States spend European Union (EU) money on the realisation of this network, criticised railway investments. Huge delays (counted in years) were mentioned, as well as badly spent money, such as building high-speed lines where there was no such need. The Court called the entire system a “patchwork” and concluded that the implementation of the long-term European TEN-T plan is simply impossible.

An alternative solution for European railways has recently been proposed by scientists from the Vienna Institute for International Economic Studies, who prepared a plan to rebuild the European economy post-COVID-19. They developed a 10-year investment programme worth €2 trillion, focusing on public health, transport infrastructure and energy. Their idea for the railway was to create a European network of high-speed green trains (250-350kph, respectfully 155-217mph). A fully developed URT (Ultra Rapid Train) system would consist of four main railway lines connecting all EU capitals and candidate countries from the Western Balkans. The URT network would require additional infrastructure to be built – 18,250km (11,500 miles) of new track to be exact, at the cost of €1,100 billion. But, can Europe, which is still grappling with the ongoing effects of the coronavirus pandemic, afford such extravagance?

Magrail technology as a solution

There are simpler solutions. For several years, Nevomo has been working on the development of a unique magrail technology, one that allows the use of magnetic levitation within the existing railway infrastructure. This technology would not require huge investments in the construction of completely new tracks, and vehicles using this system would be able to move at speeds of up to 550kph (342mph). During 2021, tests are planned on a full-scale track, and we are focusing on preparations for a pilot implementation of our proprietary technology.

The future of European railways, therefore, boils down to the question of whether we can afford to wait for infrastructure adapted to hyperloop technology, with Europe continuing to focus on road and air transport. Or will we reach for new solutions, like magrail technology, that can supplement conventional railways, but at the same time plant the seed for the full implementation of hyperloop? In the coming years, the answer to this question will be crucial for the future of European railways.

Przemyslaw Paczek has been Nevomo’s CEO since January 2018. He has 11 years of managerial experience in finance and sales, gained mostly in private banking, fund management, real estate brokerage and land development sectors. He previously managed a portfolio of real estate assets in one of the largest Polish banks and was a Board Member of nine SPVs of a closed-end property fund. He gained his experience in Getin Noble Bank, Home Broker, ProDevelopment, CB Richard Ellis and San Francisco Center for Economic Development, among others. Przemysław is a graduate of ESCP Europe in Paris (Master’s in Management: London-Madrid-Paris, Major: Public Management) and Cracow University of Economics (Master’s in Economics, Major: Spatial Economics) and the Microeconomics of Competitiveness Program at Kozminski University (in cooperation with Harvard Business School). He used to be a scholarship holder of the French Foreign Ministry (Bourse Eiffel). 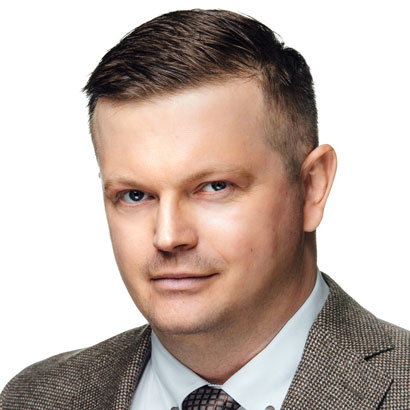