Adina Vălean, the European Commissioner for Transport, looks to the future of rail innovation, and embraces the potential for long-distance passenger and freight traffic sparked by the European Year of Rail.

Long before Europe was a Union, as we know it today – a single, cohesive construct, a multi-layered network serving not only a common market, but also common goals and aspirations –our European countries were brought closer together by a physical, single network: The railroad. Within a matter of decades, in the 19th century, Europe was transformed. Cross-border connections facilitated economic exchanges and a better knowledge of one’s neighbours. Cultural and educational ties were strengthened, and even tourism started to take off, as more and more people could afford to visit distant places, using the growing network of steel tracks.

This is not just a story about the impact of rail in our past, but an extraordinary legacy that we now have to pass on to future generations.

The European Year of Rail

On 1 January 2021, we officially entered the ‘European Year of Rail’, an excellent opportunity to raise awareness and attract new customers for the sector. While I recognise the importance of disseminating a positive message about rail, I believe that the entire rail community, policymakers and public authorities should also use 2021 to match words with deeds.

Within weeks, we will also table our proposal for a future European Rail Joint Undertaking, to ensure that our partnership with operators and manufacturers continues to boost innovation and digitalisation, thus truly transforming railways.

As a matter of priority, the European Commission (EC) will present an action plan to boost long-distance passenger rail transport, based on an ongoing study on long-distance passenger services. It will build on efforts by Member States to make key connections between cities faster through better-managed capacity, coordinated timetabling, the pooling of rolling stock and targeted infrastructure improvements to boost new train services, including at night.

Within weeks, we will also table our proposal for a future European Rail Joint Undertaking, to ensure that our partnership with operators and manufacturers continues to boost innovation and digitalisation, thus truly transforming railways.

For freight, we will use the upcoming revision of the guidelines of our Trans-European Transport Network (TEN-T) to better align it with the Rail Freight Corridors, improving links to ports and terminals and investment plans.

We will also launch work on a rail connectivity index during 2021, to measure the level of integration achieved on the rail network and to show the potential of rail to compete with other modes of transport. We will also explore the option of a Green Label for goods transported by rail, which could promote businesses choosing this clean transport mode to the final consumer.

There is more to be done. We know what we need: To improve performance and capacity; to fix the ticketing system; to put digitalisation at the heart of rail’s modernisation; and to invest in infrastructure. Indeed, as set out in our Sustainable and Smart Mobility Strategy, which was launched in December 2020, our aim is to triple high-speed rail traffic and to double rail freight traffic across Europe by 2050.

…as set out in our Sustainable and Smart Mobility Strategy, which was launched in December 2020, our aim is to triple high-speed rail traffic and to double rail freight traffic across Europe by 2050.

With an easy and consumer-friendly ticketing system, a rapid roll-out of the European Rail Traffic Management System (ERTMS) and improved connections – both in terms of physical and digital infrastructure – we can hope that rail will become the first choice for as many passenger and companies as possible.

Our ultimate goal, the creation of a Single European Railway Area, means aligning 25 complex networks and rules. The Fourth Railway Package was recently implemented in full: Our EU Agency for Railways (ERA) is now the single entry point for the certification of rail vehicles and railway traffic operators. Since 13 December 2020, rail operators are also able to offer passenger services in any other Member State. Moreover, competition for public service contracts will become the rule as of 2023.

I am looking forward to seeing the establishment of new and innovative rail services as a result of this reform. Customers should also benefit from the new framework for passenger rights that will enter into force during 2021.

In terms of infrastructure, a series of new cross-border routes linking major cities and capitals will open and become more attractive within the next decade. For example, with the completion of the Brenner Base tunnel, the Fehmarn Belt link and the Lyon-Turin project, all of which benefit from European Union (EU) funding. Under the 2014-2019 CEF Transport calls, 395 projects received an overall EU contribution of €16.35 billion. This corresponds to more than 70 per cent of the allocated CEF-T budget.

Railways deserve these kinds of investments and reforms: They are not only an important part of our European civilisation common heritage, but an essential part of our future as we imagine it: Smart, green, safe and resilient. 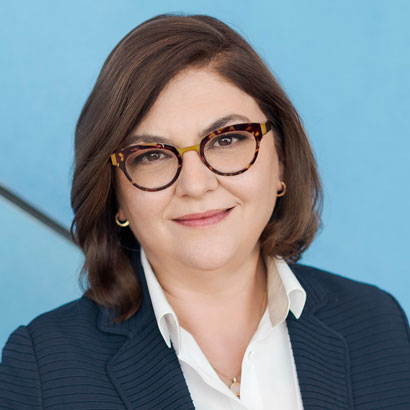