For Global Railway Review, the CEO of the Australasian Railway Association, Caroline Wilkie, writes of the prospective benefits of investing in high-speed rail in Australia, and the importance of timing in addressing this issue. 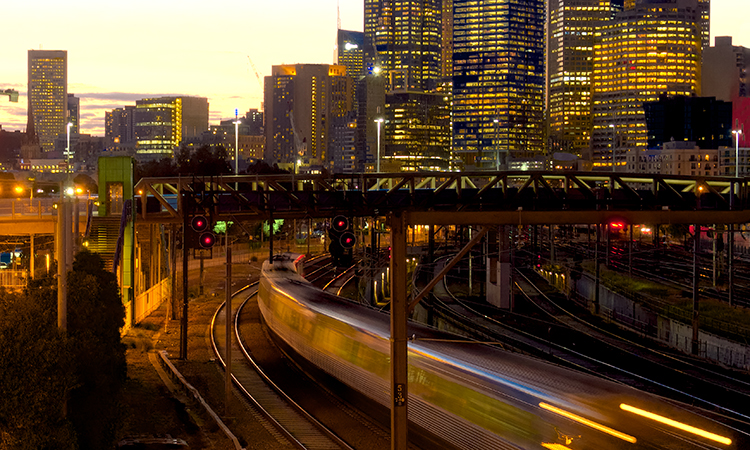 Many would assume that Australia’s vast expanses would lend themselves well to fast rail, providing vital connections to major cities for key regional centres. But the reality is that the country’s regional rail lines are, quite literally, not keeping pace.

After years of underinvestment, the country’s critical regional rail links are simply too slow”

The urgency of the challenge today can, in part, be explained by historic trends in transport funding. Over the last 20 years, the gap between federal road and rail funding has continued to increase, with limited spending on regional rail corridors leading to a decline in the condition of the network.

After years of underinvestment, the country’s critical regional rail links are simply too slow.

Take New South Wales’ (NSW) Sydney to Newcastle line as an example. A trip on the 150km route averages speeds of just 60km/h, taking about two hours and 35 minutes to complete. Compare that to the 180km London to Birmingham line in the UK, which achieves average speeds of 130km/h and can complete the journey in just one hour and 22 minutes.

It is a similar story in Queensland, where the 82km Brisbane to Gold Coast route has a journey time of one hour and 20 minutes – more time than it takes to travel the 143km from New York to Philadelphia in the U.S. These examples highlight the need for change to better connect the nation’s capital cities with their neighbouring regional centres.

Despite the challenges, now could be the perfect time to address these issues. Consumer research commissioned by the ARA earlier in 2021 found that more people living in Sydney, Melbourne and Brisbane are considering a move out of the city in the wake of the pandemic. More flexible work conditions are changing how they think about the commute and, for many, fast rail would make them more likely to consider a move to the regions.

It should come as no surprise that more people in Sydney than any other location said that faster rail connections could influence their likelihood to move. The highways in and out of Sydney are already at capacity, making the long drive an unappealing prospect. With the city’s population expected to grow by 68 per cent – adding 3.7 million people – by 2060, regional centres like Newcastle and Wollongong could play a crucial role in supporting that growth and minimising congestion in inner city areas.

Making the case to leave the car at home

Victoria has already recognised this to some extent, with the Geelong Fast Rail project now set to proceed.

Making rail travel times competitive to road is central to the value that faster rail can offer. More than two thirds of participants in the ARA’s consumer research said that they would consider leaving the car at home if catching the train delivered the same or faster travel times.

What the international experience can teach us

Regional residents also saw the value of faster rail beyond the obvious benefits of smoothing their commute. In fact, 84 per cent of participants said that faster rail links would make moving to their region more attractive, providing an opportunity to drive regional development in the area.

The Faster Rail Report confirmed the unique benefits that rail infrastructure can deliver in supporting urban renewal along the rail corridor, promoting the development of new housing and business precincts”

The Faster Rail Report confirmed the unique benefits that rail infrastructure can deliver in supporting urban renewal along the rail corridor, promoting the development of new housing and business precincts.

Look at Lille in France as an example. The development of the Lille High Speed Rail (Eurostar) station was supported by a clear plan to create a vibrant precinct around the station. As a result, the Euralille renewal area is now home to a workforce of 14,000 people, 2,500 housing units and a great deal more.

The community’s work to leverage the benefits of its high-speed rail connection to Paris has created a thriving hub for innovation, with Euralille now the third largest business quarter in France and home to the country’s second largest student population.

It is a good example of the wider benefits that faster rail can deliver with the right planning, and highlights the importance of considering the broader economic and social impact that comes with rail investment.

In Australia, significant improvements could be achieved in the short term with immediate investment in existing rail networks. Upgrades such as passing loops, curve easing, track upgrades and level crossing removals would make a tangible difference to the network and help to support speeds of up to 160-200km/h.

In Australia, significant improvements could be achieved in the short term with immediate investment in existing rail networks”

Importantly, these improvements are not just about speed, with upgrades expected to deliver better reliability and greater frequency of services. These factors provide additional convenience and flexibility for travellers and further incentivise commuters to choose rail to get to school or work.

A good example of the benefits that can flow from this kind of approach can be found in Ireland. In the early 2000s, rail journeys on the Dublin to Cork corridor could not compete with road travel times. However, progressive upgrades since the late 2000s have made a significant difference.

Irish Rail completed targeted improvements along the 226km line to deliver faster travel times. Infrastructure such as bridges and level crossings were upgraded to allow faster speeds, while tracks were also rehabilitated to improve drainage and repair wear and tear.

Additional tracks in Dublin allowed suburban and regional services to be separated, while existing tracks were realigned to remove curves.

These progressive improvements, combined with the purchase of new rolling stock, allowed increased speeds of up to 160km/h on the network and – most importantly – made travelling by train about 30 minutes faster than driving.

It is a great example of what could be possible in Australia with immediate investment in the existing network.

While these improvements cannot be underestimated, dedicated fast rail lines achieving speeds of 200-250km/h will be needed to meet demand over the medium term.

Victoria’s Regional Rail Link confirms the step change that projects like this could deliver.

The $3.65 billion project was delivered in 2015 and focused on separating regional and suburban train lines by providing a dedicated rail corridor through inner urban Melbourne for services from the regional locations of Geelong and Ballarat to the city.

The project has led to an 80 per cent jump in patronage on the regional network in the 10 years from 2006, while also creating capacity for additional metropolitan services. Victoria now has a strong regional commuter network made possible by these improvements.

The experience is consistent with the progressive upgrades delivered as part of the West Coast Main Line Upgrade from London to Manchester in the UK. The upgrades, delivered over eight years, drove a 77 per cent increase in patronage and reduced air travel and car journeys between the two cities.

The upgrades also delivered wider benefits, with the BBC relocating to the city in 2011 and the creative sector now contributing £63 billion to the regional economy.

A number of potential routes have been identified for fast rail lines in Australia, with business cases progressing or completed for many.

In Victoria, the Geelong Fast Rail Project is the most advanced, with the project set to begin construction in 2023. A business case has also been developed for fast rail to Shepparton, while Albury-Wodonga, Ballarat and Traralgon have also been identified as potential routes.

Queensland has identified the potential for fast rail connections to the tourism hotspots of the Sunshine Coast and Gold Coast, and the key regional centre of Toowoomba – which will also connect with Inland Rail.

There is strong support for fast rail connections to support South East Queensland’s ambition to create a ‘45-minute region’ linking these key centres to Brisbane. With Brisbane’s bid for the 2032 Olympic Games gaining momentum, there is a renewed focus on fast, sustainable transport connections to support the growth of the state.

As Australia’s city centres become more congested, the importance of investing in sustainable, long term transport solutions like rail is clearer than ever.

Importantly, it also calls for the preservation of corridors for high-speed rail when the time is right. A clear national vision for the future of the rail network will be needed to achieve that ambition.

But the benefits cannot be underestimated. Australia’s faster rail focus will not just improve people’s experience of our regional rail network today, but provide significant economic and social opportunity for the regions well into the future. 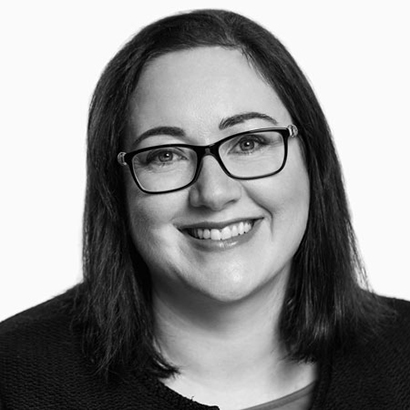