Krasimir Papukchiyski, Director General of Bulgaria’s National Railway Infrastructure Company (NRIC), tells Global Railway Review about how it is driving forward upgrades and modernisation in its rail infrastructure in order to restore Bulgaria’s railway to the level of its European counterparts. 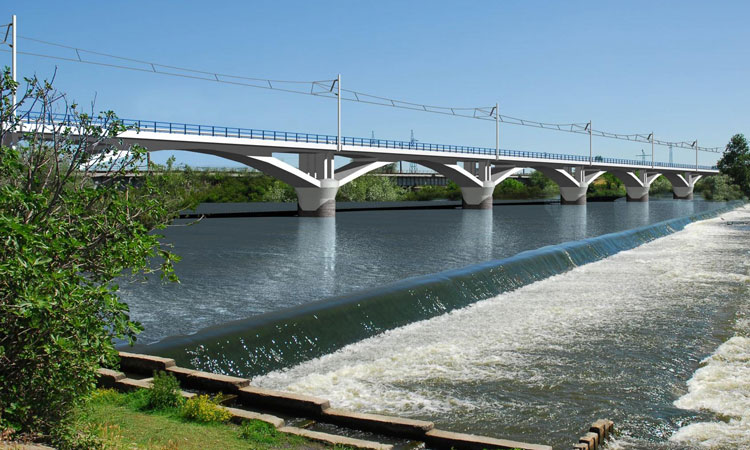 The bridge over the Maritsa River is 433m-long, making it the longest railway bridge in Bulgaria. Its construction is part of the project to reconstruct and electrify the Plovdiv–Svilengrad–Turkish/Greek borders railway line along the IV and IX corridors.

The National Railway Infrastructure Company (NRIC) was formed in January 2002 following the division of the Bulgarian State Railways National Company (NC BDZ) into an infrastructure manager – the NRIC – and a railway carrier – BDZ EAD (now Holding BDZ EAD) – in response to European requirements and in accordance with the Railway Transport Act.

Yet, behind these figures, there is a remarkable history extending a period of more than 150 years, rich in construction and operation-related events, alternating between periods of technological downturn and significant upturn.

The Bulgarian railway began to take shape in 1864, when English engineer Henry Berkeley drew the route of the first railway line between Ruse and Varna – a length of 225km, which was put into operation just two years later. The first large railway station was also built in the vilayet town of Ruschuk at this time. At the end of the 1930s, the technological distance between the Bulgarian railway and the most developed railway system at that time – the German DR – was around only seven to eight years.

Today, the NRIC’s efforts are directed towards a programme of large infrastructure projects intended to reunite us with the family of high-tech European railway networks.

The company’s objectives are based on the European principles of sustainability, safety, ecology and efficiency. In terms of sustainability, we aim to increase traffic speeds to 160km/h and to introduce interoperability through the modernisation and rehabilitation of the sections of the main Trans‑European Transport Network. Our aim is to build new routes that generate revenues for businesses and our population and to reach project speeds on sections with reduced capacity.

In the field of ecology, we want to minimise carbon emissions through electrification or by upgrading overhead lines and the construction of traction substations, as well as by shifting traffic from road to rail through the construction of intermodal terminals. Enhancing train capacity and safety will be achieved by building new computerised management systems, new optical cable networks and digital equipment. This will allow future upgrades with dispatching interlocking for management from a single dispatch centre and the implementation of a European Train Control System (ETCS).

The railway link between the cities of Sofia and Skopje, confirmed by the governments of both Bulgaria and Macedonia in a signed memorandum between the two ministries of transport, is of utmost importance for our region.

The NRIC is a beneficiary under both the Operational Programme Transport and Transport Infrastructure 2014-2020 (OPTTI) and the Connected Europe Facility (CEF). The value of the projects under OPTTI amounts to more than 1.3 billion Bulgarian lev (BGN) and, under the CEF, to almost BGN 1 billion. There are selected contractors for all projects and they are under construction.

One of the largest and most technologically complex projects funded by the OPTTI is that to modernise the Elin Pelin–Kostenets railway section. The total length of this route is 51km, divided into three lots. The project comprises the construction of over 20km of tunnels, 23 bridges and a viaduct with a total length of about 3km. The largest railway tunnel in Bulgaria, with a length of 6.8km per tube, is also within the scope of the project.

One of the company’s main priorities is intermodal transport. The intermodal terminal in Plovdiv is the first in Bulgaria built with European funding under the OP Transport 2007-2013. Its operation began in February 2018 with an initial capacity of 57,600 TEU/year. In addition to the most recent concessionaire’s report, the 2020 figures show 46,053 TEU processed on an annual basis. This is more than three times the amount that was preliminarily set in the financial analyses at the beginning of the project. Considering the importance of intermodal transport, the NRIC is also working actively on the preparation of projects for the construction of intermodal terminals in the towns of Gorna Oriahovitsa, Sofia and Vidin.

The NRIC actively electrifying its routes. The electrification status of our railway network is 80 per cent, which is extremely important for reducing harmful emissions.

A modern rail connection between Bulgaria and Macedonia

The railway link between the cities of Sofia and Skopje, confirmed by the governments of both Bulgaria and Macedonia in a signed memorandum between the two ministries of transport, is of utmost importance for our region. It sets out the deadlines for the implementation of the activities on both sides of the border. For Bulgaria, this deadline is until the end of 2025. Preparation of the project for the modernisation of the railway line Sofia–Pernik–Radomir–Gyueshevo that borders with North Macedonia includes the technical design and development of a detailed planning scheme. It is financed by OPTTI and is worth BGN 28 million.

The project will contribute to building a rail link between Bulgaria and North Macedonia through the cross-border ‘Deve Bair’ tunnel, whose construction actually began in 1941, but was later suspended. An interdepartmental expert group of the two companies – which includes engineers on tunnel construction, permanent way and signalling – will work to synchronise all future actions on construction activities in compliance with European requirements.
By 2050, the European Union (EU) has determined that up to 50 per cent of goods currently on the roads shall be transferred to rail and no less than 25 per cent of passenger traffic. We are preparing for this challenge.

Krasimir Papukchiyski has been Director General of the National Railway Infrastructure Company (NRIC) since 2017. He graduated from the Higher School of Transport ‘Todor Kableshkov’ and holds Master’s degrees in Technology and Management of Transport, Economics of the Transport Company and Project Management. His professional career is completely related to rail infrastructure. 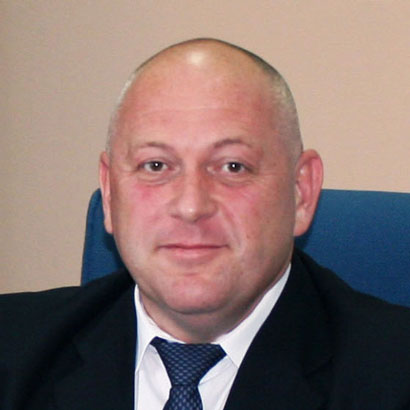