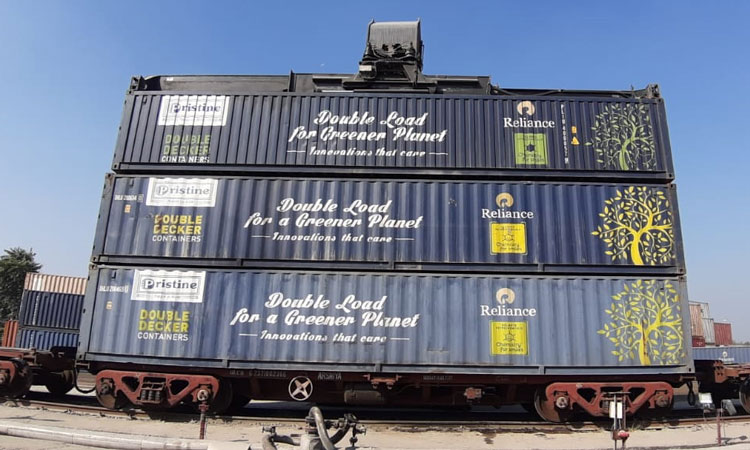 The golden quadrilateral, connecting Delhi, Mumbai, Chennai and Kolkata, comprises of 16 per cent in kilometres of the route but carries more than 55 per cent of the passengers and freight traffic. Since this route is saturated, the need was felt for upgrading sections and increasing line capacity to carry more rail traffic. Indian Railways (IR) has set up the Dedicated Freight Corridors (DFC) unit for carrying freight traffic and trains are already running on approximately 1,000kms of route. Its mandate includes bringing a modal shift and providing complete transport solutions to customers1. Presently, the modal share of railways is 36 per cent in terms of gross tonne kilometres (GTKM) and an optimal modal share of 50 per cent is envisaged.

IR has planned to electrify 100 per cent of its routes as a green initiative. This has limitations on the height of rolling stock which can be operated on routes. To overcome this, IR decided to implement the concept of high-rise overhead equipment (OHE) on its western corridor. The height of the OHE is at 7.1 metres in place of the conventional OHE, which is at 5.5 metres. This makes it possible to run double-stack ISO containers under wire, similar to what can be found on diesel routes.

In order to ensure new streams of traffic and commodities and to bring about a modal shift, the DFC is undertaking trials for running smaller than usual containers, known as dwarf containers (where the container height is lower by 660cm than normal containers), in triple-stack formation to further improve the profitability of train operations3,4. It may be possible to run these as double-stack on conventional routes and triple-stack on routes with high-rise OHE, once the trials are successfully completed.

The external dimensions of the smaller containers are L x W x H; 12,192 x 2,066 x 1,930mm and the internal dimensions are L x W x H; 12,050 x 2,550 x 1,812mm. The gross weight of these containers is 36 tonnes which translates into pay load of 32.5 tonnes. A typical triple-stack container loaded wagon can be seen in Figure 1. These containers use special corner castings so that they match the existing equipment location on the wagons and trailers. Other innovations include the use of fibre-reinforced plastic (FRP) in the flooring in place of wood; this is to reduce weight and increase the internal loadable height available and side door openings to enable forklift operations. The internal height is also sufficient for loading of two bags of 25kg manually by labour carrying these on their heads5. Various types of containers can be seen in Figure 2.

These containers have also been customised for the carrying of less than truck load (LTL) of traffic by making nine, smaller containers. Handling of these dwarf containers can be carried out by using forklifts and can be easily loaded/un-loaded at various stations/terminals. Conceptually, their design can also be tweaked to carry bulk food grain, fly ash, bulk cement etc. Dwarf containers can also be used for handling parcels and motorcycles etc. and can be easily handled at railway stations. This concept would open new streams of traffic from small stations as small players need not load train loads or container loads daily.

It is not possible to run double-stack container trains on IR routes with conventional OHE; the containers must be run as single-stack. This increases the unit cost of operations and requires transhipment from double- to single-stack and vice versa. This limitation can be easily offset with the use of dwarf containers of six feet four inches height. This makes it possible to run double-stack dwarf containers on conventional routes with the possibility of running triple-stack dwarf containers on routes with high-rise OHE. This can be very useful for domestic traffic as the advantages of end-to-end logistics can be reaped. Also, the low height of these smaller containers makes it easier for loaded trucks to pass through all roads and subways as well as level crossings.

The dwarf containers have a lower height than ISO containers and can be developed in multiple sizes to customise the shipper’s requirements. This enables full utilisation of the weight and volume available based on the schedule of dimension envelope. The height of a flat wagon loaded with double-stack dwarf containers will be 4,870mm and the standard contact wire height of OHE is 5,500mm, which leaves sufficient margin of vertical clearance which is stipulated at minimum 250mm. The benefit of dwarf containers in terms of volume can be seen in Figure 3.

By using the maximum available dimensions, the breakeven point for a modal shift from road to rail, which was approximately 800km for domestic containers, will reduce to 450km. This is because the smaller containers enable 68 per cent higher load carriage as compared to ISO 20 feet containers. This enables additional weight carriage of approximately 70 per cent using the same locomotive, crew and path. IR is also offering discounts for use of dwarf containers as these make it more competitive, and it can earn higher revenues per train6. The increased volume of dwarf containers lead to the higher load ability of low-density commodities, as can be seen in Figure 4.

The double-stack container trains with conventional containers are already running on the Western DFC (WDFC) under wire; soon we may find triple-stack dwarf containers running on the WDFC and double-stack dwarf containers on the Eastern DFC (EDFC) and other IR routes. Such operations are a win-win situation for all the stakeholders as they will help in reducing the logistics cost for exim traffic, making it more competitive for the country. This operation will also help in a modal shift and bring efficiency into the train operations. This could also help in attracting private investment in freight terminals along the corridor. Finally, it will help the various partners in the value chain, such as ports, train operators, container freight stations and shipping lines, by increased throughput and direct port delivery (DPD), reduced congestion and cheaper freight as well as reduction in warehousing. Overall, the rail sector can benefit from higher overall revenues due to optimum loading and attracting additional traffic.

Soon, we may find this innovative concept of triple-stack dwarf containers running on the DFC network will help the DFC to fulfil its commitment to reducing logistics costs and transforming the transportation scenario in the country. There are lessons for other railways and countries to learn from the Indian experience and further improve upon these innovative concepts for bringing about modal shift and efficiency in the rail transportation sector.

Sachinder Mohan Sharma is a railway mechanical engineer with over 28 years of experience in rolling stock maintenance and operation. His other areas of expertise include disaster management, fuel and alternate fuels, crew and diesel locomotives. He is currently the Group General Manager/Mechanical at the Dedicated Freight Corridor Corporation of India Limited. He is a fellow of the Institution of Mechanical Engineers, U.K and India. He has a MPA from the National University of Singapore, is a Chevening CRISP scholar form the University of Oxford, U.K and is presently perusing his PHD from Indian Institute of Management, Kozhikode.  Views expressed are the personal views of the author. 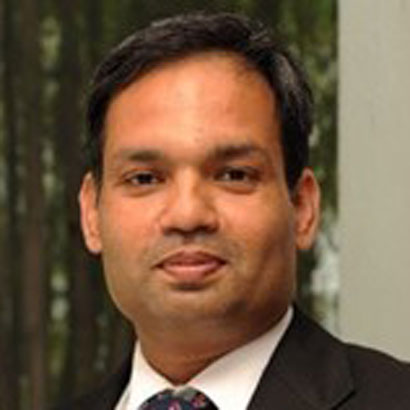