Growing passenger numbers, complex route networks, and tight timetables. The challenges in railway operations are increasing, but they can all be tackled with AI. 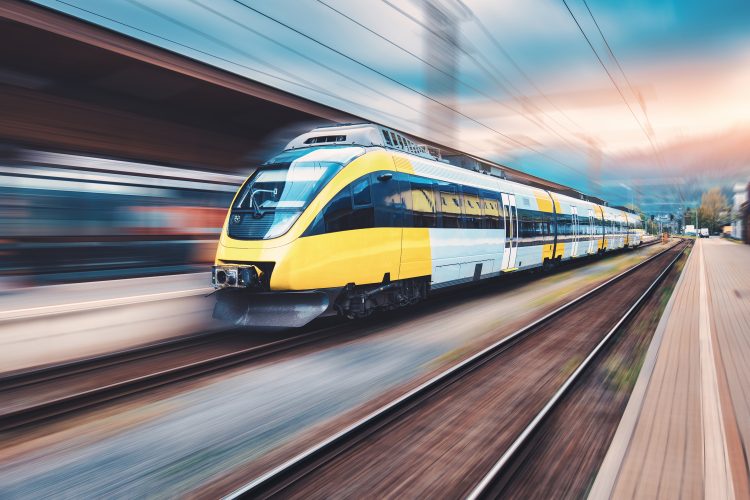 There is no way around artificial intelligence (AI) and machine learning anymore. This is especially true on the railways. The challenges in railway operations are increasing. Growing passenger numbers, complex route networks, tightly scheduled timetables, the coexistence of passenger and freight traffic side by side. At the same time, there is increasing demand for safety, capacity, comfort, and sustainability. Artificial intelligence (AI) with its subdivisions machine learning and inferencing currently offers the greatest leverage to meet these challenges. This is about much more than automating processes. AI is much more capable of raising the efficiency, flexibility, and safety of railroad operations to an unprecedented level.

The tools for it are multi-faceted. They range from assistance systems such as driving and braking control to safety systems such as collision protection and autonomous or semi-autonomous driving. Moreover, predictive maintenance or condition-based monitoring can be perfected with AI algorithms and appropriate hardware. There are also countless intelligent vision applications that are used for monitoring of vehicles, stations, lines, and switches or for optical inspection of track structures, overhead lines, and tunnels.

Since low-latency data processing is security-relevant and railway vehicles do not have a constant connection to the cloud or to a central server, intelligent decisions must be made directly inside the vehicle. Usually they refer to this as inference. A key factor here are AI-capable embedded systems. They are able to make intelligent decisions independently based on a large amount of collected data, which is instantly compared and evaluated. It includes data from different sensors like cameras, radar, ultrasound, and lidar. Telemetry, position, and route data also influence the decision-making process. The collected data not only allows decisions to be made directly inside the vehicle, but also facilitates downstream forecasts, which make operation and maintenance of railway vehicles predictable in the long term.

The current leading company in terms of AI-capable processor technology is chip manufacturer NVIDIA. Their Jetson platform developed for industrial applications combines parallel and serial processor technology, i.e. GPU and CPU technology. It enables large amounts of data to be processed in parallel and virtually latency-free. In turn, AI algorithms use this data to independently derive intelligent decisions.

NVIDIA not only offers the correct processor technology for such applications, but also provides a comprehensive software package. NVIDIA’s Jetpack SDK (Software Development Kit) is suitable for all Jetson modules (Jetson Nano, Jetson TX2, Jetson Xavier NX, and Jetson AGX Xavier). It includes a Linux board support package (BSP) and CUDA-X, a collection of libraries and APIs (programming interfaces) for deep learning, machine vision, and GPU-accelerated computing. Multimedia tools for image processing are also included in the Jetpack. Drivers for a large number of sensors are also supported. With the Jetpack SDK, NVIDIA provides a toolkit that enables easy and fast entry into AI applications. This is equally interesting for railway manufacturers as it is for railway vehicle operators.

Embedded expert Syslogic, which has been supplying the railway industry for over 30 years, was the first company worldwide to develop a railway computer based on NVIDIA Jetson technology. It was already presented in 2018 at the Innotrans trade show in Berlin. Syslogic now has a complete product line of AI-enabled railway computers. They are already being used worldwide to further advance automation in the railway industry.

Syslogic combines NVIDIA modules with a proprietary carrier board and integrates it into robust embedded computers. This makes the NVIDIA technology suitable for railroad applications. The railway computers comply with railroad standard EN50155 and fire protection standard for railway vehicles EN45545. Syslogic already makes sure during the development phase that the electronic components as well as the connectors and the housing are properly designed for the increased requirements. The railway computers are fanless and work without any moving parts. They also feature a robust housing with screw-on M12 connectors. This makes them suitable for reliable, long-term railway use.

Railway computers are often used in driver assistance systems, for example, for driving and braking control or for collision protection systems. One potential scenario is independent detection of obstacles on the track and subsequent initiation of an action like emitting a warning signal or triggering an emergency stop. Another scenario is environmental monitoring, for example during shunting operations. In conjunction with appropriate sensor technology, it allows the AI computers to automatically detect whether there are any living creatures in the danger zone during shunting operations. Another application is the inspection of railroad lines. Whether installed in regular trains or in special diagnostic vehicles, AI algorithms, sensor and camera technology, and an appropriate embedded system can be used to detect damage to rails, ballast beds, or overhead lines during the trip. Automated line inspection is much more efficient than manual inspection. Furthermore, damage is detected at a stage when it does not yet pose a risk to operations, which makes it possible to plan their removal for the long term. Consequently, unplanned track closures can be avoided.

But safety is not the only benefit from AI, It also contributes to economic efficiency and environmental compatibility. Automatically, automatic driving and braking control can reduce energy consumption by up to 15 per cent compared to regular operation. Cost savings can also be realized in predictive maintenance. By evaluating telemetry data, maintenance work can be planned at an early stage, which reduces downtime and maintenance costs. This is another area where decisions may have to be made instantly inside the vehicle, for example, by shutting down a subsystem to prevent damage to the vehicle.

The railway computers are not only suitable for traditional vehicle applications, but also for passenger flow analysis from a moving train, among other things. The AI computers are also used in railroad stations or tunnels for intelligent vision applications.

With the new possibilities offered by AI, the level of automation in railroad operations is constantly increasing, which in turn boosts capacity, quality, and safety. In addition, we are slowly but surely approaching the era of unattended train operation on regular routes.