The Fehmarnbelt Tunnel: From vision to reality

The Fehmarnbelt Tunnel will become the world’s longest immersed tube tunnel for combined road and rail traffic. It will provide a double-track railway and four-lane highway connection between Puttgarden on the German island of Fehmarn and Rødbyhavn on the Danish island of Lolland. After years of detailed investigations, the planning phase is now entering its final stages and providing further details for Global Railway Review is Johnny Restrup-Sørensen, Contract Director, Railway at Femern A/S, the company tasked with planning, constructing and operating the coast-to-coast link… 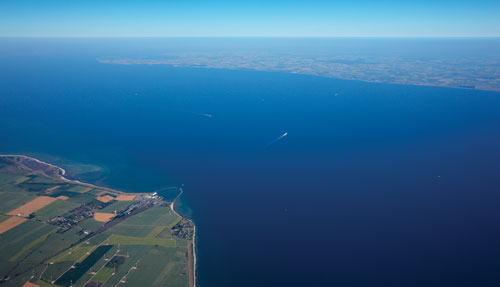 In 2008, Denmark and Germany agreed on a bilateral treaty to build a fixed link between Germany and Denmark across the Fehmarnbelt. Plans for a direct link between both countries date back to 1863, when the German engineer Gustav Kröhnke proposed a connection following the shortest route between northern and central Europe. 150 years later, this vision will become reality. Project promoter Femern A/S is responsible for planning, constructing and operating the coast-to-coast link. Owned by the Danish government, the company is drawing on its extensive experience with similar large-scale infrastructure projects, including the bridge across the Store Bælt, which links the Danish islands of Fyn and Zealand, and the Øresund link between Malmö and Copenhagen.

Before construction can get underway, the plans for the Fehmarnbelt Tunnel need to be approved by both the German and the Danish authorities. Since 2009, Femern A/S has carried out detailed environmental and geotechnical investigations that provide the basis for the approval procedures in both countries. In November 2014, the Danish Transport Ministry introduced the draft for a construction law for the Fehmarnbelt Tunnel. The Danish parliament is set to vote on this draft law in 2015. In Germany, Femern A/S has applied for plan approval. The relevant authorities are currently assessing the application.

Building the world’s longest immersed tube tunnel and the longest combined road and railway tunnel is a project of enormous dimensions. The tunnel will consist of foundation depths reaching more than 40m below the surface. A trench 80m-wide and 15m-deep will be excavated from the seabed in order to accommodate it. Modular elements will be produced at dry docks on land and subsequently floated and towed to the site where they are to be immersed into a trench and connected to form the final structure. In total, 89 elements will form the two rail and two road tubes plus one service road tube.

In order to get construction of this mega project underway right after the final approval in Denmark and Germany, Femern A/S has already started the tendering process for the four major civil works contracts. Nine major consortia were prequalified in May 2014 and delivered their priced bids until December 2014. This made it possible to include the final bids and prices for the major works contracts already in the Danish government’s construction law draft, which is a novelty for large infrastructure projects and makes the cost estimate more reliable. Based on the final bids, the total construction cost of the tunnel, excluding connecting road and rail links, has been calculated at €7.4 billion. However, Femern A/S is still engaged in a dialogue with the prequalified consortia in order to evaluate whether construction costs can be reduced.

Railway part of the tunnel

2014 saw the first tender getting underway with regard to the railway part of the project. Since the existing electricity grid on Lolland does not have the capacity to supply the energy required for train operations as well as the electrical and mechanical system, a new large substation will be built close to the tunnel’s ramp and portal facility at Rødbyhavn. Three consortia comprising international contractors have been prequalified and are bidding on this contract. The contract covers installation of the part of the substation that covers the transformers and coupling equipment for the overhead catenary power supply, tunnel supply and supply for the substation itself.

Work on the other railway installations such as track, catenary system and signalling will begin when the construction of the tunnel fundament has been completed. The tunnel’s rail infrastructure will interface with the Banedanmark network 5km from the northern portal, and meet German tracks 3km from the southern portal. In the areas in front of the tunnel on the German and Danish side, there will be tracks with ballast. Inside the tunnel, both rail tubes will contain slab track, which is ballastless and has the rail fastened directly to a concrete slab. Outside the tunnel, there will be conventional overhead lines, while inside the tunnel, third rail systems will be implemented in the overhead section of the tubes. Track and electrification will be tendered as a single package, which will be awarded in 2017 or 2018, with installation scheduled for 2019. Both contracts will include a five-year maintenance period, which is a key consideration as Femern A/S is pursuing a whole-life approach to managing its infrastructure assets.

The tunnel systems will be supervised from a Link Control Centre near the portals on the Danish side, while rail traffic will be managed from Banedanmark’s new Network Management Centre in Copenhagen, using ETCS Level 2 for train control. The opening of the tunnel should dovetail with the completion of the infrastructure manager’s national ETCS re-signalling programme.

Tunnel systems, components and materials will need to comply with both German and Danish national standards and an assortment of European ones. They will be assessed under a Common Safety Methods evaluation to monitor compliance. In addition, railway interoperability will be assessed against national standards and European TSIs by a notified body. Femern A/S has selected a consortium comprising the Italian company Rina and Sintef of Norway to execute both certification procedures, and the Danish rail regulator Trafikstyrelsen and its German counterpart Eisenbahn-Bundesamt have ratified the contract award.

Connecting railways in Denmark and Germany

The benefits of the Fehmarnbelt Tunnel for rail users will be significantly amplified when placed in a regional context alongside other significant infrastructure works. Therefore, the bilateral treaty between Denmark and Germany also stipulates that both Banedanmark and Deutsche Bahn upgrade the connecting railways in their respective countries.

On the Danish side, construction of a 60km fast passenger cut-off between Copenhagen and Ringsted is already underway. The 250km/h corridor is due to open in 2018, complementing Banedanmark’s upgrading of the Ringsted–Rødby line for 200km/h operation. The 119km-long Ringsted–Rødby upgrade will include construction of a new alignment north of Glumsø and the relocation of Glumsø station; track-doubling on the Vordingborg–Holeby section; and construction of new bridges over the Masnedsund and Guldborgsund. The Storstrøm Bridge between the islands of Falster and Zealand will also be rebuilt. Upgrade of the Ringsted–Rødby line started in September 2014.

On the German side, the bilateral treaty between Germany and Denmark states that the existing 75km Bad Schwartau–Puttgarden track will be electrified, double-tracked and upgraded for 160km/h operation. However, in 2014, the German authorities agreed with Deutsche Bahn on building a new electrified double-track on 55km of the 75km of the lines and only upgrading the existing track on 20km. Deutsche Bahn subsequently started the planning of this new alignment in autumn 2014. Moreover, the Fehmarnsund Bridge between the island of Fehmarn and the German mainland will also be replaced because of the increased traffic following the construction of the Fehmarnbelt Tunnel. Deutsche Bahn is currently evaluating possible alignment options for bridge and tunnel solutions.

Once completed, the 17.6km-long tunnel with its connecting railways will have a dramatic impact on journey times for rail traffic, reducing travel times between Hamburg and Copenhagen from approximately 4.5 hours to about 2.5 hours. The tunnel will also create adequate capacity reserves for the expected increase in passenger and freight traffic flows between Scandinavia and Continental Europe and reduce congestion on inland roads in Denmark. Especially for international freight trains, the Fehmarnbelt Tunnel will be a marked improvement. After the opening of the tunnel, international freight trains to and from e.g. Sweden will avoid the 160km detour via the Great Belt and Jutland. Moreover, the tunnel will become a competitive alternative to flights on short routes, which means more environmentally-friendly and climate-friendly transport. Meeting the EU requirements and priorities for railway infrastructure development projects such as deploying ERTMS, mitigating the impact of noise and vibration caused by rail transport and enhancing interoperability, the Fehmarnbelt tunnel will be among the safest routes in Europe. At the same time, it will prepare the potential for developing a new region between continental Europe, the dynamic Øresund Region and peripheral Scandinavia. According to a socio-economic analysis of the Danish Ministry of Transport, the net socio-economic benefits are estimated to a net present value of approximately €3.5 billion for Europe during the first 50 years of operation.

Johnny Restrup-Sørensen graduated in 1980 with a M.Sc. degree in Civil and Structural Engineering from the Technical University of Denmark. In 1999 he received an Executive MBA degree. Johnny has a strong track record of more than 30 years’ employment from management positions in public and private enterprises, mainly within the railway business. Moreover, he has international management experience, including management of cross-national businesses. Johnny has gained extensive experience from his work on large-scale infrastructure construction projects including positions as Chief Resident Engineer at the Sua Pan Branch Line project in Botswana and Project Director at the Øresund Fixed Link. Johnny is currently Contract Director at Femern A/S responsible for the management of the Fehmarnbelt railway project.