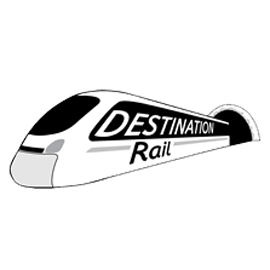 DESTinationRAIL, a Decision Support Tool for Rail Infrastructure Managers, is a 3 year project funded by the EU Horizon 2020 initiative. The project started in May 2015 and has a consortium of 15 members, full details of the project and its members can be found on the project website www.destinationrail.eu.

The aim of DESTination RAIL is to provide solutions for a number of problems faced by EU infrastructure managers using novel techniques for identifying, analysing and remediating critical rail infrastructure leading to a reduction in costs of up to 20% along with improved reliability of the asset leading to improved train performance. These solutions will be implemented using a decision support tool, which allows rail infrastructure managers to make rational investment choices, based on reliable data. At present Infrastructure Managers (IM’s) make safety critical investment decisions based on poor data and an over-reliance on visual assessment due to a lack of current data on the state of the asset. As a result some infrastructures are over maintained and some risks are not identified.

The European rail Infrastructure network is aging with in some cases very poor records of the construction of the asset as many of the assets were constructed more than 150n years ago, whilst at the same time there is huge pressure on maintenance and investment budgets with available investment needing to be targeted on the key assets at risk.

The objective of the project (safer, reliable and efficient rail infrastructure) will be achieved through a holistic management tool based on the FACT (Find, Analyse, Classify, Treat) principle as shown in figure 1.

Find – Improved techniques for the assessment of existing assets are currently being developed using modern off the shelf technology.

Analyse – Advanced probabilistic models fed by performance statistics and using databases controlled by an information management system will be used to determine the level of safety of individual assets.

Classify – The performance models will allow a step-change in risk assessment, moving from the current subjective (qualitative) basis to become fundamentally based on quantifiable data. A decision support tool will take risk ratings and assess the impact on the traffic flow and whole life cycle costs of the network.

Treat – Novel and innovative maintenance and construction techniques for treating rail infrastructure including tracks, earthworks and structures are being developed and assessed by the whole life cycle assessment model together with the impact on the traffic flow. What stage is the DESTinationRAIL project at now?

The project is moving from the Find phase to the Analyse phase whilst at the same time building the Traffic Flow and Whole Life Cycle Cost models. The first task to be completed was the compilation of a database of key infrastructure problems faced by Railway Infrastructure Managers including the following asset types tracks, slopes (including cuttings and embankments), bridges, switches and crossings, sea defences, tunnels and retaining walls. This will ensure that the relevant issues are covered in a robust manner in the Destination Rail project with the database of problems being available on the Destination Rail website www.destinationrail.eu.

The project then moved onto testing a number of practical ways in which Infrastructure Managers could harness technology to meet the twin aims of cost reduction and improved reliability. The following are examples of work already carried out on various networks in co-operation with the Infrastructure Managers:

Scanning of the network using Ground Penetrating Radar (GPR) (figure A). Project partners the National Technical University of Norway are working closely with the Norwegian Infrastructure Manager JBV to perform GPR surveys at various locations on the network. Follow-up investigations will be performed using other geophysical and geotechnical testing techniques. Figure A. GPR Mounted on a ROBEL vehicle in Norway

These will allow engineering parameters to be measured, for example a shear wave velocity profile from Norway (Figure B) that can be used to determine small strain stiffness properties for input into finite element analyses (Figure C) to examine train-track interaction. Banedanmark, the Danish Infrastructure Manager, has already been in contact with NTNU and is starting to use this method on their network. Croatian Railways, HZ, have also started to use this technology. Following on from this NTNU has also been developing a small, low-cost and reliable sensor for automated measuring of rail vibrations. A prototype has been designed and tested on the Norwegian rail network (Figure D) Figure D. Installation and testing of a vibration sensor, Norway

Moving to another area of potential cost to Infrastructure Managers, the monitoring of earthworks -where highlights of the work to date include the use of drones to remotely monitor slope failures in Croatia (see Figures E and F). Figure E shows the pre-programmed flight plan followed by the drone and the generation and collection of point cloud data. In Figure F, the data is used to generate cross-sections and images that are used to calculate volumes etc. The failed section, and its proximity to the track, is clearly shown in Figure F. The potential role of the adjacent land and its changing use contributing to the event were identified from the survey. A complementary approach has been taken in Norway where the Norwegian Geographical Institute has worked on the remote monitoring of landslides performed using satellite and ground based radar monitoring (Figure G). The use of drones to investigate avalanches at inaccessible areas has also been trialled (Figure H).

The final task is concerned with monitoring of structures. Work by the University of Twente, RODIS, Irish Rail and GDG to date has concentrated on an Irish demonstration study to instrument the 160 year rail bridge which crosses the River Boyne, see Figure I. The instruments deployed include accelerometers and strain gauges. A weather station was installed on the bridge and sensor measurements are triggered by either a passing train or by a wind speed in excess of 17.5 m/sec. The monitoring system went live in October 2015. The dynamic structural and soil-structure interaction response will be used as input into probabilistic bridge models being developed as part of the project.

What are the next stages in the project?

Work is progressing on developing the probabilistic bridge model with a visit to the Boyne Bridge planned later in the project to demonstrate the model. The Traffic Flow model is currently under construction along with the Whole Life Cycle Cost model, both of which will be demonstrated at a workshop in the autumn. The development of the multi-asset, risk assessment framework being led by ETH Zurich is well advanced. The monitoring data being obtained from the switch and crossing, plain line, bridge GPR, drone and other sources will be collated and used in the analyse tool. A demonstration of the reconstruction of an embankment using new materials will take place on a part of the Slovenian SZ rail network.

Further details of the project including details of how to contact the team can be found on the DESTinationRAIL website www.destinationrail.eu.