It is no secret that railway track switches – which have worked the same way for over 200 years – face stubborn reliability issues and costly maintenance bills. The signalling, detection and locking systems built into and around switches can slow things down and significantly reduce network capacity. 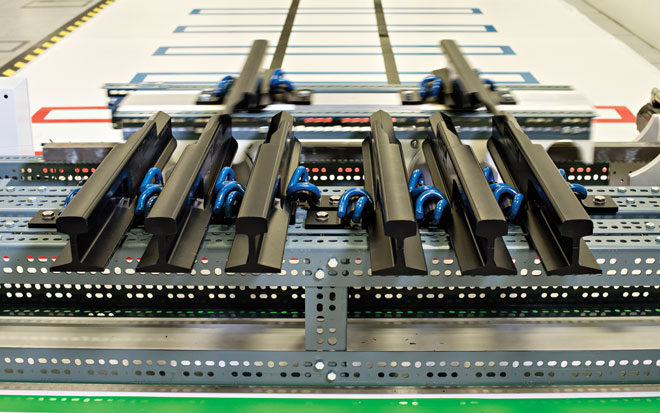 Furthermore, when there is a problem, a switch failure stops the trains. As railway networks continue to expand and carry more passengers and freight, significant investment is required in order to cope with increased demand, and building new track is always a difficult option. Yet there could be a different way forward that enhances safety, reduces maintenance and improves capacity, as Professor Roger Dixon, Head of the Control Systems Research Group at Loughborough University, and Senior Project Engineer, Sam Bemment, explain…

“When our Control Systems Research Group was asked by RSSB in 2010 to look at ways of improving capacity on existing lines, we found that a significant constraint on capacity and system reliability was the track switch. We spoke to operators, maintainers and designers and began to understand the limits of the existing switching technology. We asked them what performance they would want if our team at Loughborough University could redesign the switch from scratch.

With this in mind, what would be on your ideal track switching wish list? Instantaneous switching? Zero costs? No failures?

These are just some of the points we have addressed with our new approach to this age-old problem – a revolutionary points mechanism known as REPOINT1 . Designed to meet current and future rail standards, including compatibility with the European Rail Traffic Management System (ERTMS), REPOINT allows, for the first time, multi-channel redundancy of actuation, locking and detection for track switches.

Using safety concepts derived from aerospace and the nuclear industries, the lift and drop motion provides a locking mechanism with virtually no friction losses. This mechanism is unique because it allows for several points machines/actuators to act on the same points, which means the remaining ones can operate the points safely in the event of one of the points failing. This is exactly the approach taken by the propulsion and flight control systems on a modern aircraft – because aircraft do not have the luxury of just stopping for a fix when something critical fails. As a result, trains can continue to run without delays, meaning instant maintenance is not needed. REPOINT delivers fault tolerance through multiplex redundancy and when maintenance is required it has a single Line Replaceable Unit construction, which can be replaced in minutes. As a result of these innovations REPOINT has won industry-wide recognition.

An additional benefit of the lift-move drop action – and reduced friction – is that REPOINT can move the switch much quicker than existing designs; in considerably less than a second in a laboratory demonstration. This speed of actuation can also help to improve network capacity.

REPOINT can be made using either standard switch rail profiles (REPOINT Light) or with a patented arrangement of interlocking rail ends in a stub switch configuration – this is the original REPOINT concept.

With REPOINT a more reliable network with greater capacity is possible, providing extra capacity and flexibility on critical infrastructure like the Channel Tunnel; busy city networks such as the Berlin S-Bahn; as well as in remote locations such as the Alpine tunnels of Central Europe. Reliability will be enhanced and availability improved at critical nodes and infrastructure (such as king points) as a result.

Sustainability has also been integrated into the design; REPOINT can operate on a variable rail cant, which potentially allows the train to maintain speed through the points, removing the need to decelerate and then pick up speed again, using less energy as a result.

The concept has been modelled using modern CAE tools and a scale (384mm) demonstrator has been constructed in the laboratory at Loughborough University. The next stage in the project is for a prototype REPOINT Light track switch to be developed alongside RSSB, London Underground and its supply base. RSSB approved further significant funding at the start of 2016 that will enable the REPOINT project to progress to the installation of a full-scale demonstrator in a London Underground depot in 2018.

What are the main barriers to innovation in the rail industry? In the case of switches, one factor must surely be the need to balance performance with safety. There is the consideration of potential disruption of the network in the event of a points failure from a novel design which has not been fully developed and trialled; or worst still, the threat of derailment, though REPOINT is obviously engineered to avoid this. The conservative approach is always to adopt what is proven, tried and tested – all that is essentially low risk. This approach has contributed to the unprecedented safety levels the modern railway enjoys, yet it brings about network capacity and reliability constraints. These were some of the issues the REPOINT team were originally tasked with tackling.

REPOINT is an example of a step-change in technology. It was a brave decision to progress from tried and tested steam traction to diesel and electric, but once the operational benefits became clear, steam was extinct within a generation. Currently the philosophy of the REPOINT concept seems radical compared to anything else on the market. However, as is the case with many innovations, we believe that in 50 years the industry will look back to the ‘old’ point machines – now mostly in railway museums – and question why the change to a fault-tolerant system was not made sooner. Certainly the travelling public won’t hark back to the good old days of delays and cancellations attributable to points failure, frequent weekend possessions and bus replacement services.

REPOINT represents a brighter possibility for the rail industry worldwide: more frequent trains that run faster on a network where the chances of a points failure occurring is significantly reduced.

Loughborough University is currently exploring opportunities to roll-out the patented technology across international rail networks. Discussions have already been held with companies in South Africa, Australia and China, and Loughborough University has issued an invitation to tender notice for engineering support in the Official Journal of the European Union. 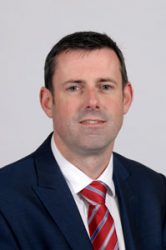 Roger Dixon is Professor of Control Systems Engineering and Associate Dean for Research in the Wolfson School of Mechanical, Electrical and Manufacturing Engineering at Loughborough University. He is a registered Chartered Engineer and a Fellow of both the IMechE and the Higher Education Academy. His specialism is in the Control Systems field and he has over 20 years of experience gained in industry (ALSTOM) and academia (Loughborough and Lancaster). Roger is passionate about research and research-led teaching. His research interests focus on railway, aerospace and energy sectors and span a number of control and systems technology areas including mechatronics; advanced control; advanced actuators; fault-detection and health/condition monitoring; fault-tolerant control; safety-critical systems design; system identification; system modelling; and simulation. 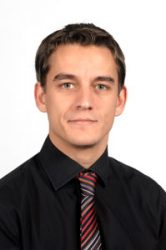