We’re competitors – why should we cooperate?

In this article Nicolas Jachiet, President of Fer de France, considers the challenges and hindrances the European rail industry might face in the years to come. He writes that we must reinvent rail to make it more agile, attractive and competitive; a requirement to ensure the continued existence of the industry. 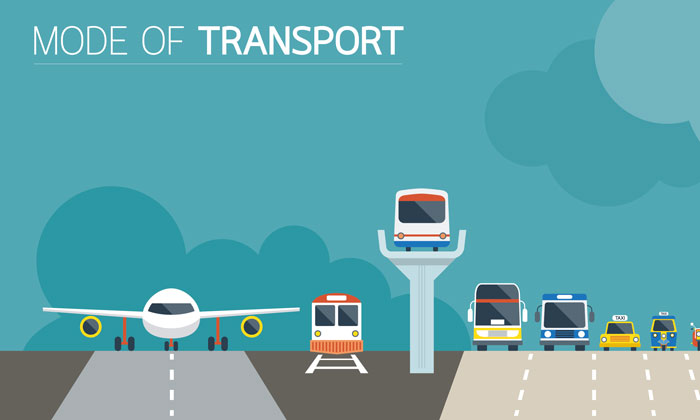 Our industry is undergoing dramatic change. New competitors are emerging – not only are coach lines being liberalised, but we now also compete with bus rapid transit, low-cost airlines and car-sharing services, plus electric self-driving vehicles are expected to be operational by 2030, bringing about a radical transformation and altering the way we relate to vehicles. They will offer the same benefits as rail transport: decreased traffic congestion, safety, eco-friendliness, facilitated mobility for people with disabilities and the chance to make productive use of travel time. Furthermore, the ease of sharing this resource will make ownership unnecessary.

Global competition is increasing even within the rail mode. A recent study (World Bank – 2014) showed that the Chinese high-speed system could be implemented at two-thirds of the European cost thanks to scale effect made possible by the country’s gigantic domestic market. Given his context I feel that European rail is not reacting quickly enough.

Price of travel: Train travel is still twice as expensive as alternative modes of transport. We all remember that young Englishman who, in 2015, posted a rather shocking fact online: the cheapest way to get from Sheffield to London was by plane, with a connection in Berlin! That’s because trains are twice as expensive to produce. The tolls paid by a train on the Paris–Geneva route are equal to the price of a low-cost air ticket.

Productivity not improving: Our assets are not productive enough. We have too many, and the ownership cost is too high. Major efforts to simplify our production system are needed, for example, in terms of track layouts and train availability.

Under-development of engineering: Our value engineering is not yet sufficiently developed. Our trains are excellent – in my opinion, among the world’s best – but opportunities for economies of scale are limited due to insufficient standardisation or for want of a critical eye when it comes to fine-tuning specifications. We do not need to reinvent the wheel for each tender.

Lengthy timescales: Our adaptation times (for instance, to new technologies) and approval times (such as time to market) are excessive. The NIH (‘not invented here’) syndrome is overly present in our branch and acts as a considerable obstacle.

Avoiding complex competitiveness: Our industry is fragmented and our interface and transaction costs high. We burden our SMEs with untenable complexity when we should be trying to make things easier for them – simply because they represent more than half of a train’s value! Their competitiveness is essential to our overall competitiveness.

We cannot go on like this: If we do not thoroughly reform our industrial model, all the aforementioned factors will continue to weigh on European rail, presenting a serious risk of market exit for many of our business segments, including high-speed. Surprisingly enough, certain individuals in the rail industry do not seem to have realised this yet.

A challenge specific to France

Our mainline network is still efficient but it must be reconditioned on a wider scale over the coming years. Huge investments will be necessary, but due to a lack of resources we are unable to finance them or even implement them without a clear change of approach.

What should we do?

Opportunities for growth are within reach. We must seize them, not only as business opportunities, but also as a chance to renew rail transport. For example, in France the Greater Paris project – which involves creating new circumferential and radial lines in the vast region surrounding the French capital – will be the biggest rail development project since the Second World War. This aforementioned renovation of the French mainline network represents a €5 billion annual investment in infrastructure.

Opportunities like this come around only every three or four decades. We need to test new models, not only for design and construction, but also for maintenance.

Elsewhere around the world, the need is just as great. Some 300 cities with populations exceeding one million have no metro or tram system. Furthermore, major metropolitan areas have networks 20, 30 or 50 times less dense than Paris, London and Berlin, leading to serious congestion and pollution levels. And Africa and South America need to link their ports to their interiors. The countries in these areas take an agile approach to development and will not be content with yesterday’s or even today’s rail technology and operating models. Twenty years ago these countries did not adopt fixed-line telephony: they bypassed it altogether, going straight to digital and mobile phones. This comparison is not an exaggeration. The rail industry cannot afford to miss this chance. It will succeed only by offering financially credible alternatives to road transport.

Real opportunities therefore exist: The domestic and international markets complement each other, representing one and the same struggle. Our French and European systems are technology demonstrators for our progress.

Conversely, we must rapidly reintroduce the experience we have acquired around the world into the European system. Conditions are right to transform these projects into drivers of technological and economic breakthroughs.

Working together to address the challenges

Either we reinvent rail or we all place ourselves in peril. The challenge is to reclaim rail as a viable mode of transport. In this sense, SNCF, CFF and DB are all involved in the same struggle; as are Alstom, Bombardier and Siemens. Lowering the break-even point of rail while increasing its attractiveness is a goal that should unite us – even as competitors. How can this be done?

By innovating: We are two to four times less innovative than the air and automotive industries. We must promote Shift2Rail, and even go beyond, faster and farther. This project is essential but is not enough on its own. Other projects are being launched at European scale and in all our countries, and we must encourage thematic technical cooperation to boost and accelerate them. In Europe we are not short on power, either in terms of companies or industry-wide bodies. I am thinking of the British RSSB (Rail Safety and Standards Board), the French IRTs (Technology Research Institutes) and the German Fraunhofer network.

By standardising: A natural extension of innovation, standardisation is the only way to generate economies of scale. This is true both at the technological level, for subassemblies (such as ERTMS), and in terms of procedures (such as certification standards). The Fourth Railway Package and its technical pillar represent significant progress. This is a vital point: convergences must always be sought, in particular between the French and the Germans when it comes to rail standards. We are working actively on this. We must do what we can to impose European and international standards faster and more clearly than our competitors. The old continent is known for its excellence in rail; its standards are remarkably high. I am thinking here of the TSI (Technical Specifications for Interoperability) which open the field wide to competition and bring prices down without sacrificing performance.

By simplifying, especially when it comes to infrastructure: Given today’s modern control systems and traffic-management resources, we must reflect on the need for double-tracks, station track layouts and signal boxes.

By cross-fertilisation and technology transfers with mature industries: Including the aviation industry with which we work closely in France. We must import new technologies and new disciplines from other more mature industries such as digital models and BIM to overhaul product life-cycle management; the ‘Internet of Things’ to move towards predictive maintenance and automated surveillance; composite materials; future control systems; satellite navigation; and more.

We manage long life-cycle systems that involve all players at some point in the cycle; hence cooperation between French and European operators, maintainers and designers is now essential. In the past, each of us could claim to know everything there was to know. Today, however, technology is moving far more quickly. It is no longer specifically rail-related and requires agility and speed.

Fer de France is proposing ways to facilitate this cooperation, for example by promoting Eurodigirail – a project that aims to standardise digital exchanges between us and which was largely inspired by the tremendous success of the aviation industry. We will always be competitors, but let’s not confuse our struggles. We are facing a common challenge of a higher order: the need to reinvent rail to make it more agile, attractive and competitive, so that we continue to exist. We must all understand that this transformation cannot be achieved by any one of us working in isolation. But it is possible, if we all pitch in. A graduate of the Ecole Polytechnique and the Ecole Nationale d’Administration (ENA), Nicolas Jachiet spent the first part of his career (from 1983) at the Ministry of Finance where he held various positions. He has also been Advisor for Privatisation to the Minister of the Economy and Head of the Equity Interests Department where he was Member of the Board in a number of state-owned or partly state-owned companies such as SNCF, Electricité de France, France Télécom and Renault. After moving to other positions at Danone and Egis Group, Nicolas was appointed Chairman of Syntec Ingénierie in 2014 and Chairman of Fer de France in 2015.