The transformation of Britain’s railway is not just a political, technological and financial challenge. It is also a cultural challenge for a rail industry that is experiencing unprecedented change and modernisation.

Britain has the oldest railway in the world and much of our 19th century infrastructure is still in place. That didn’t matter too much until the 1990s, as the railway had been in long-term decline. However, since privatisation 20 years ago, the network has seen dramatic growth. Journeys have doubled, freight has increased by around three quarters, and record numbers of trains are running.

As a result, the rail infrastructure is being used more intensively than ever before. Commuter trains are increasingly overcrowded. If things go wrong, the impact can be immediate and widespread. Furthermore, it is getting increasingly difficult to squeeze more capacity out of the railway, yet demand keeps growing.

For this reason we are rolling out an infrastructure programme that will make Britain one of the leading rail investors in the world. In this Parliament alone, we are spending almost £38 billion on the maintenance and enhancement of the network. We’re electrifying 800 miles of our existing railways, refurbishing our most important stations, and renewing train fleets.

We are also building significant – and long overdue – new capacity. Crossrail is currently Europe’s largest construction project, and when it opens in 2018 we will have a new high capacity railway under London’s streets. Next year we start building HS2, our new national high-speed railway linking London in the south, with Manchester and Leeds in the north. It is the first new north-south railway in Britain for well over a century.

But it’s not only government that is changing its strategy. The industry too needs a fresh approach to make a success of Britain’s rail renaissance.

For example, track and train operators are having to work together far more closely. Delivering major structural improvements to a working railway is a complex process. Doing so across different teams with contrasting objectives is even tougher. The full impact of these disparate working priorities is ultimately suffered by the passengers in the event that things go wrong.

However, we have already seen big improvements to working relationships and will be taking further action to ensure track and train operators become a single team that is focused entirely on the customer.

We are also using franchising as an effective way to deliver passenger benefits more quickly. Our franchise system has proven to be successful, which is perhaps why similar models are being adopted in other European countries, including Germany, Denmark and the Netherlands.

Private operators are now investing considerable funds to improve services while reducing the burden on the taxpayer. Our new Northern and TransPennine franchises will oversee £1.2 billion of funding, while the East Coast consortium run by Stagecoach and Virgin will return £3.3 billion to the public purse over its eight year lifespan. This equates to £2.3 billion more than the previous five years, when the line was in public hands.

However, franchising can’t be a static model. We have to update and improve the system throughout the lifetime of each franchise – and between competitions – to meet the changing needs of the market and ensure that it offers good value.

One way we are doing this is by leading an Innovation in Rail Franchising scheme which invites operators to bid for money to finance creative projects. These include technologies to personalise travel information for passengers, new ticket payment systems using smart phones, and tools to help rail staff deal with disruptions and overcrowding.

We also set up a pilot innovation fund to bridge the gap between research and bringing new technologies to the market. This is helping to develop ultra-light rolling stock and systems that remotely monitor the condition of the network.

I want the rail industry to show that true innovation is about pre-empting problems which may not yet exist. We have known for a long time about smart and contactless ticketing technologies, for example, yet the pace of delivery in the UK has been disappointing.

Part of the historic problem has been an inward-looking railway. Other service industries are light years ahead in the way they think about the customer. The rail industry needs to recruit people with a wide range of abilities and experience beyond traditional requirements. It needs to offer brilliant catering and on-board services. It needs to use cutting-edge tools to analyse passenger flow in crowded environments. And it needs to spearhead the use of digital technologies to transform the way the railway is used and managed.

These are all examples of skills and abilities that other industries possess in abundance. Therefore, in the next stage of its growth, innovation on the railway will also involve learning from other service providers, other transport sectors, and other technology industries.

As can be seen, the industry faces many challenges. But they are also fantastic opportunities. The record investment and new infrastructure are crucial, but it is by building a culture that is open to change, and focused relentlessly on the customer, that the railway will show itself to be truly innovative. 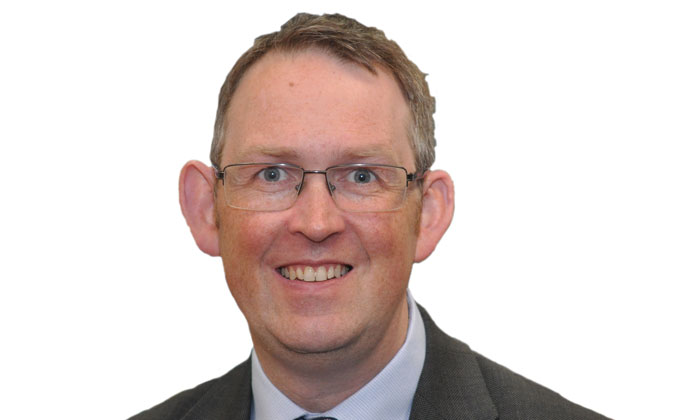 By Paul Maynard MP, UK Parliamentary Under Secretary of State for Transport