The far-reaching effects of the Digital Railway

For Global Railway Review, David Packer, CEO of the Permanent Way Institution, writes that key rail routes are approaching capacity and has prompted the Digital Railway project, which will add capacity by modernising train and track systems. 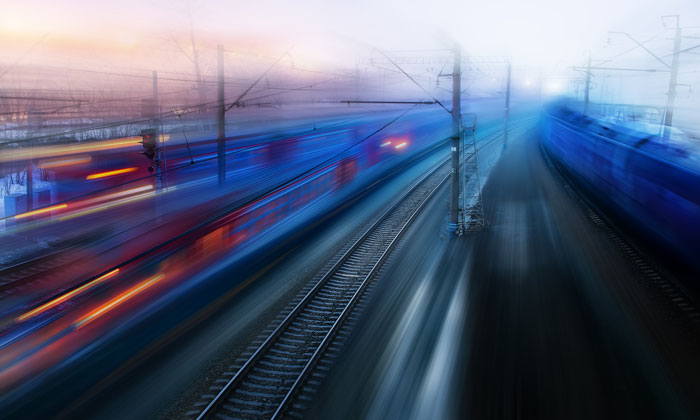 Modern economies are strongly dependent on efficient rail systems. So much so that, increasingly, key routes are at, or are approaching, capacity. In the UK, this has prompted the Digital Railway project. Its ambition is to add capacity to the existing network by modernising train command, control and signalling systems designed in a pre-digital age.

It would be a mistake for track engineers to believe that this doesn’t really affect them. It can easily be seen to only be about train control and operation. However, it does matter to track engineers and for this, we have to go back to basics. The purpose of a track layout is to enable the operation of an efficient train service. Track layouts have developed to work within the parameters and constraints of signalling systems. This brings consequences. What seems to be a straightforward change to a layout can quickly become a lengthy and expensive process, owing to the signalling effects of that change. Consciously or unconsciously, signalling needs constrained track design.

Digital Railway is likely to reverse a historic trend, that of minimising the number of switch and crossing units. It is built into the DNA of railway design that the number of switch and crossing units should be the lowest practicable number. They are expensive, both from a track and signalling perspective, and are the asset most prone to failure. Even though that failure is fail-safe, it often has a major impact on service reliability.

Envisage a future where switch and crossing units enable a more flexible operation. They bring the ability to minimise the effect of disturbances. This, combined with a responsive control system, will change our approach to the design of track layouts. It’s likely that more opportunities to change between tracks will be needed, returning a flexibility to operations that has steadily been lost over the years.

This will be accompanied by even greater progress in reliability, ensuring that units never fail in service. Layouts will be designed with maintenance in mind. Preventive maintenance will be planned into the railway’s design and operation. This will ensure that those who work on the track always have a safe – and safeguarded – working environment. Finally, of course, it will demolish the old barrier between signalling and track staff. All the components that stay out in the rain, snow, heat and the cold will naturally become the responsibility of one team under the supervision of one leader. It’s a practice that works well already in many locations, but Digital Railway will make it a universally accepted practice. I can’t wait!

David Packer’s career spans 42 years in the rail industry. Starting with British Rail straight from Cambridge University, he benefited from its excellent graduate training followed by challenging operational roles. Entering the private sector before privatisation, David held senior positions in consultants, contractors and train operators. He took up the role of Chief Executive Officer of the PWI in 2010. This was a new role, created to lead the modernisation and reinvigoration of the institution. Under his leadership, it is becoming the professional engineering institution of choice for rail infrastructure professionals in the UK.

By David Packer, CEO of the Permanent Way Institution

One response to “The far-reaching effects of the Digital Railway”