The railway crossing safety topic is still on the agenda, due to the ongoing grim accident statistics. Although the overwhelming majority of collisions at level crossings are caused by mistakes by pedestrians and drivers, Správa železniční dopravní cesty (SŽDC) continues their search for tools to help improve the safeguarding of level crossings. 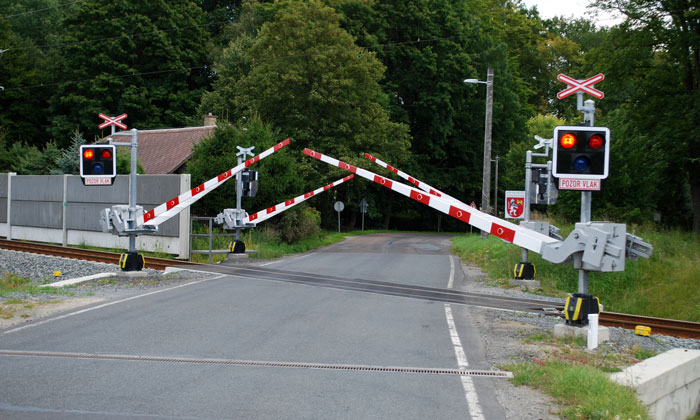 Sequence barrier closing was activated at a crossing in Pardubice at the occasion of obstacle detector installation.

One example is the analysis handling of safety improvements for level crossings on transit railway corridors. This focuses on more than one hundred railway junctions with roads throughout the SŽDC network, assessing the potential for each to be cancelled, replaced by grade-separated interchanges or for goods transport to be reduced through redirection to bypass routes.

The safest form of railway line crossing is undoubtedly the grade-separated interchange. SŽDC is currently preparing basic design and zoning procedure documentation for eight crossings and a further two more that were included in its investment plan. However, the design and engineering stage, building permit procedure and supplier selection process can take several years. In some instances, the zoning plan is necessary but others can require a separate environmental impact assessment study to be completed. The costs associated with the projects are significant: From tens of millions of Czech crowns in simple cases, to hundreds of millions for the construction of a single grade-separated interchange in complicated cases. If, for instance, a road is to be relocated or plots of land are to be bought out, this can even extend to half a billion crowns. 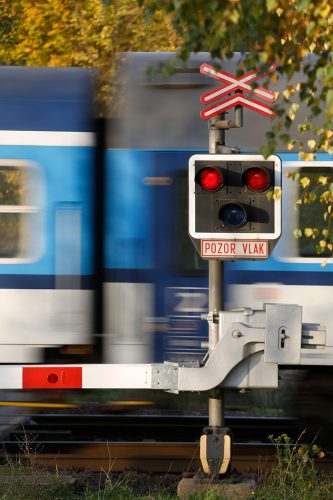 Aside from crossings that are dealt with individually, their replacements by grade-separated interchanges are also planned as part of complex railway line upgrading projects covering additional tens of crossings. This mostly applies to projects on the Pilsen – Domažlice, Kolín – Děčín, Velký Osek – Choceň, Prague – Beroun and Brno – Česká Třebová lines. In the case of projects on the Brno – Přerov branch, the cancellation of all level crossings is anticipated, given the planned line speed increase of up to 200km/h.

SŽDC is also pursuing other ways to improve railway crossing safety. For example, it has long been testing detectors that can recognise the presence of a vehicle on a crossing, activating warning lights in plenty of time. A test is planned to be carried out in operation on two crossings close to Olomouc in 2018. The system will be adjusted so that if an obstacle is detected, the signal before the crossing is immediately switched to ‘stop’ to give the approaching train driver immediate warning. Wider application of the detectors is hampered by the remarkably longer railway crossing closure time, which affects road traffic and, in particular, the patience of drivers and pedestrians.

Another option is the installation of surveillance cameras at crossings. Three level crossings close to Ostrava were so equipped by SŽDC. The system consists of two cameras installed side by side at each crossing, enabling the crossing to be fully monitored and capturing vehicle registration plates. The date is recorded and can be downloaded through Wi-Fi or checked online by Police of the Czech Republic. The increased supervision over compliance with regulations at crossings has preventive impact on drivers and is helpful for the police. 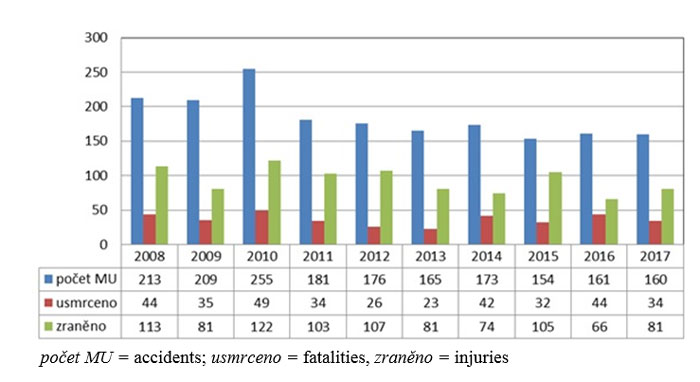 Reducing the number of railway crossings equipped only with warning crosses

The Czech railway infrastructure manager, assisted by Police of the Czech Republic and Rail Authority of the Czech Republic, has been selecting tens of railway crossings suitable for upgrading or safeguarding improvement every year. Most of them are scenes of recurrent traffic accidents, are equipped with the oldest forms of safety installation or only have warning crosses. SŽDC also tries to reduce the number of crossings in the Czech railway network. In 2017, it succeeded in removing 16 crossings, mostly on tertiary and service roads.

In 2018 SŽDC will invest 814 million Czech crowns to improve safeguarding of 82 level crossings. In addition to upgrading the oldest safety installation types, it will equip 20 crossings with barriers and install warning light systems at another four. Many other crossings will undergo full reconstruction including the level crossing surface.

Two important positive trends are the long-term decrease in the number of crossings safeguarded only by warning crosses and the proliferation of crossings with safety installation extended by barriers. In the last year, barriers were added to sixty crossings.

“However, addition of barriers at a crossing is not a cheap action. In an ideal case where it is required only to extend the safety installation with barriers a few millions crowns can do. But I know cases where the crossing upgrading necessitated modification of the adjacent station interlocking plant and this involves an amount significantly exceeding ten million crowns,” said Martin Krupička, Director of SŽDC, Signalling and Telecommunication Section.

Professionals to provide training on how to behave at railway crossings

In spite of the above actions, the behaviour of pedestrians and drivers will always be the critical factor with regard to safety. For that reason, long-term measures will still include edification as well as the repression of drivers who breach regulations. Information and training material for professional drivers has been prepared in cooperation with ČESMAD BOHEMIA association of road transport operators. Drivers are instructed on proper behaviour at railway crossings during periodic training courses. 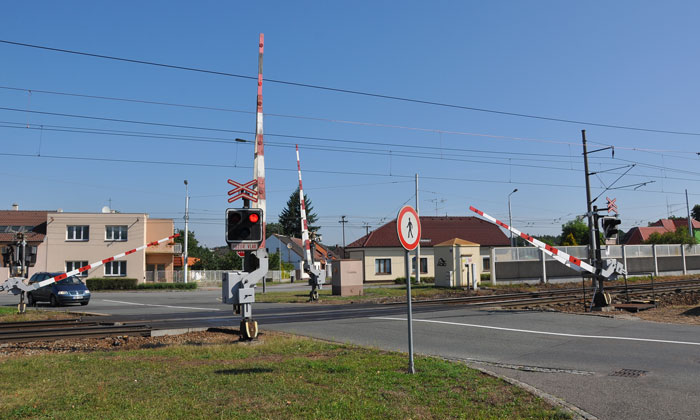 One response to “Safety improvements on Czech railway crossings continue”