Andy Kunz, President and CEO of the US High Speed Rail Association (USHSR), shares the top 10 reasons for bringing high-speed rail to America. 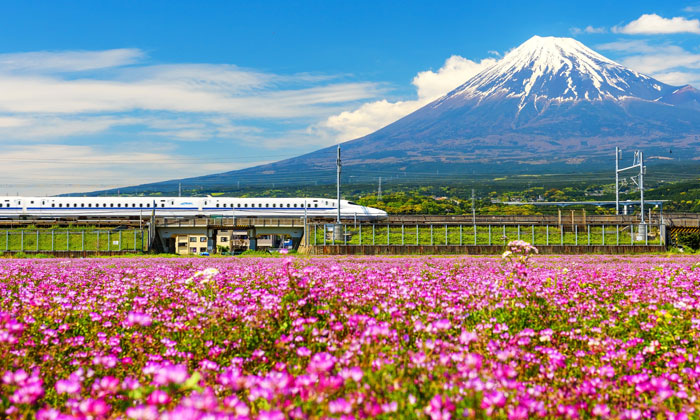 The United States stands at one of the most important crossroads in history. Climate change and peak oil are both coming into focus with the uncomfortable awareness that America is the world’s largest contributor to both problems (mainly from our very inefficient transportation system), while doing the least of any nation to address either problem.

America’s reliance on its road networks

At the root of this situation is the fact that many of America’s largest corporations supply or use vast quantities of fossil fuels. Their heavy influence over our national and state politics, the media, and public opinion, has kept the country stuck in the 1950s: a time of big oil, big autos, and big roads.

This is quite a conundrum for America. It’s now a case of ‘American capitalism versus the planet’. However, in reality, capitalism is dependent on the planet for much of the raw materials and services it provides (our food, water, air, energy, resources, raw materials, regulating services, etc.).

The sooner American leaders wake up to this simple fact, the better off we will be as a nation.

Reasons for bringing high-speed rail to the US

Since transportation is the single largest consumer of oil (and producer of carbon), USHSR has launched our ‘Top 10 Reasons to Bring High-Speed Rail to America’ to address the transportation problem head on. High-speed rail is truly a miracle technology that could solve many serious problems simultaneously.

The reasons are as follows:

America faces epic congestion in every major metropolitan region of the country, costing $124 billion per year in wasted time and fuel. Road widening projects – justified by claims they relieve congestion – have only made congestion worse across America. High-speed rail is transformative and can reverse this situation – delivering 200mph transportation for every train, every day – without delays or congestion, ever.

2. High-speed rail is an alternative to flying

High-speed rail delivers +200mph transportation as an alternative to the flying nightmare, offering no hassles, no security lines, no delays and plenty of room to work or play. Flight delays cost America more than $31 billion per year in wasted time – a cost that high-speed rail can help alleviate.

Approximately 43,000 people are killed every year in car accidents in America and another million more seriously injured. High-speed rail is the world’s safest form of transportation proven by decades of safe operation. Japan was the first nation to build high-speed rail in 1964 and has since transported 10 billion passengers without a single fatality! France has a similar record with their 30 years of high-speed rail operations, as do several other countries.

4. It has a positive effect on energy and national security

America is in deep trouble due to our extreme oil dependency for 98 per cent of our transportation; consuming some 20 million barrels of oil every day, 70 per cent of which is for transportation. Maintaining this enormous flow of oil requires America to dig up oceans, protected national forests and the arctic tundra; risking our clean drinking water, our health and our safety – without forgetting the expensive consequential wars. None of this is sustainable or desirable.

High-speed rail is the world’s greenest form of transportation and can be 100 per cent powered by renewable energy, bypassing the entire global-oil-military-supply chain. The California HSR system under construction in the Central Valley will be powered 100 per cent by renewables. 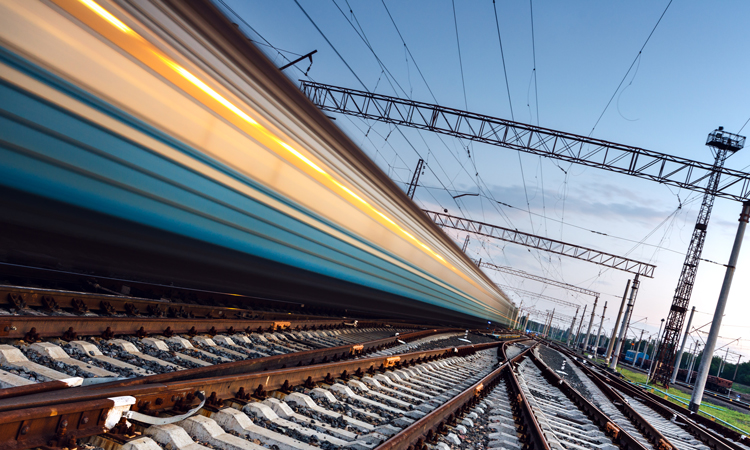 High-speed rail offers an alternative light freight shipping infrastructure in combination with its passenger transport, lowering the cost (and increasing reliability) of shipping light freight goods and perishables throughout the country.

This would replace our inefficient light freight shipping network – consisting mainly of long-distance trucks and airplanes – which has an enormous carbon footprint and clogs our highways.

Transportation is the single largest source of carbon causing climate change. The American transportation system is the most inefficient on earth, with most of the country driving gas-guzzling, single-occupant SUVs hundreds of miles a day around sprawling communities. Whereas, on the other hand, high-speed rail can be zero carbon transportation.

7. Rail opens up the market for more affordable housing

High-speed rail helps solve the affordable housing crisis by providing access to a wider housing market and taking pressure off the high price ‘hot spots’ by levelling out pricing at the regional scale. High-speed rail also spurs the development of additional rail systems including light-rail and streetcars, thereby opening up additional possibilities for affordable living and the ability to live without a car or less cars per household – saving the huge expense of car ownership.

9. Train stations are a tool for economic development

High-speed rail has the power to attract major real estate development around its stations, while also creating whole new industries due to its extensive manufacturing needs. It will also initiate a nationwide construction boom, followed by a new travel boom that will continue for decades.

10. Jobs are created in manufacturing and construction

A national high-speed rail system in America will create millions of well paid jobs building the infrastructure and system components, managing the rail systems and operating the stations and related real estate development.

Given all these incredible benefits, high-speed rail represents a truly transformative proposition, worthy of major federal and state investment in America’s bright future. Proof of such is evident all around the world where high-speed rail has been solving problems and providing great mobility and access to billions of people. Now its America’s turn to modernise its transportation system for the 21st century.

Andy Kunz, President and CEO of the US High Speed Rail Association (USHSR), sets their vision and direction. He brings 30 years of successful business experience to USHSR and provides senior leadership and an ambitious vision for sustainable transportation in America. This vision includes a 17,000-mile national high-speed rail network built in phases and slated for completion by 2030. Andy holds a Bachelor of Fine Arts degree and a Master of Architecture in Town Design from the University of Miami. He has served as an expert in a number of forums, speaking extensively at leading conferences and events on transportation and planning topics and providing keynote presentations on high-speed rail and sustainability at numerous international conferences. 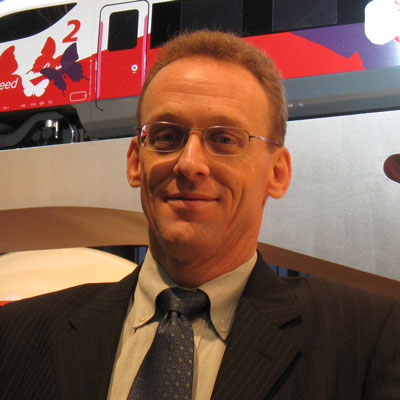