For tram networks that operate via overhead lines, difficult building conditions and harming the cityscape can lead to unwanted high construction costs and lack of acceptance from citizens and town planners. To avoid these, the use of a tram with energy storage that enables catenary free operation (CFO) could be a more cost-effective solution and provide the necessary acceptance. Frank Becker, System Engineer in the Propulsion & Controls Division at Bombardier Transportation, presents solutions using the BOMBARDIER FLEXITY tram as an example. 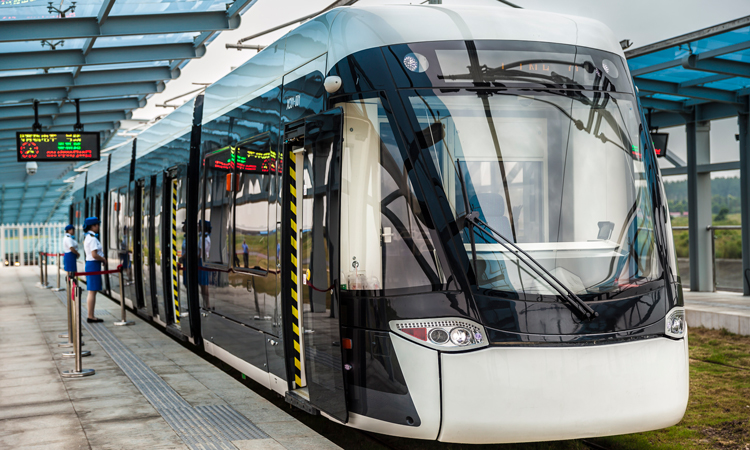 Energy storage enables better utilisation of a tram’s braking energy2, even if catenary free operation is only partially used to generate energy cost savings and to relieve overworked sub-stations.

The first catenary free operation of a tram with integrated Lithium-Ion (Li-Ion) energy storage within the propulsion system of a BOMBARDIER1 FLEXITY 21 tram was carried out for the newly-built tram line of the Chinese metropolis of Nanjing. The trams have been in successful passenger operation since the Youth Olympic Games in August 2014, running without catenaries on 90% of the line.

The vehicles used in Nanjing are 5-segment low-floor FLEXITY 21 trams. Four of its six axles are powered by a single axle drive with asynchronous motors and a nominal power of 120 kW each.

The vehicles provide space for approximately 300 passengers and are designed for a maximum speed of 70km/h with initial acceleration of 1.2 m/s².

Recharging of the energy storage system is carried out via the tram’s pantograph. The charging can take place when the vehicle is stationary or while driving, giving the opportunity to optimise the CFO concept for all kinds of track profiles and enable high performance operation with travelling at high speeds, or running on demanding tracks.

The vehicles are in use on the newly-built Hexi line in the Chinese metropolis Nanjing. The track is 7.65km-long and has 13 stops; the recharging of the traction batteries takes place at the 13 stops as the sections between the stations are all catenary free. The catenary length within the stations is approximately 90m which leads to a CFO share of approximately 90%. The transition between catenary-free operation and catenary operation is performed automatically without any control assistance from the driver. For this purpose beacons (tags) are installed at the beginning and end of each catenary section.

The tags are installed in a way that allows best control of the pantograph by vehicle control, in order to optimise use of the catenary – directing its energy either for acceleration or to charge the traction battery. In catenary operation, traction will always have priority over the charging of the traction batteries. This ensures that there is no reduction of the tractive effort and thus no loss of acceleration due to line current limit.

Due to the automatic control of the pantograph lifting and lowering process, proper recharging of the traction batteries is ensured, enabling optimum battery life and ensuring reliable operation of the tram without an additional burden on the tram driver.

The tram driver, however, maintains the ability to manually control the battery charging operation so that the vehicle can still run contrary to the usual driving direction or in case the beacon system fails.

The topology is similar to that of a propulsion system with double layer capacitor energy storage3.

The energy storage (in this case a Li-Ion accumulator) is connected directly to the DC link of the motor converter via a bi-directional DC-DC-converter ‘ES-chopper’ leading to higher efficiency of the propulsion system. The auxiliary converters are supplied either directly from the catenary or, in case of catenary free operation, from the traction batteries via the DC link of the motor converters, ensuring that the vehicle can be started up in both operation modes. Furthermore, the efficiency of the system is improved since the current portion for the supply of the auxiliaries is not conducted via the filter inductor.

The transition between catenary operation and catenary free operation takes place without any limitation of traction and even with full charging current. Hence, measures to avoid arcing during raising or lowering of the pantograph are required. To avoid arcing, the vehicle input current through the pantograph needs to be zero at the moment the contact strip loses contact to the overhead line. When raising the pantograph, a charging current surge from balancing of the DC link voltage to the catenary voltage must be avoided.

The trams have been in successful passenger operation since the Youth Olympic Games of Nanjing in August 2014. By February 2016 the six vehicles in operation reached a mileage of 350tkm without any severe malfunctions or breakdowns. The load of the traction batteries is well balanced and the traction battery is periodically recharged in the stations.

With a prototype vehicle (using the same energy storage) a long distance test run in CFO has been performed without passengers but within the regular tram network in the German city of Mannheim. By the end, the vehicle reached a distance of 41.6km (average speed 24.7km/h) only driven by traction batteries. Of course, this operation is not realistic for daily operation but it shows that the system provides a reserve so a breakdown of vehicle is quite unlikely even in the case of a disturbance (e.g. traffic jam or accident) of the operation.

The integration of Li-Ion energy storage can improve the efficiency of trams. With catenary free operation it is possible to use an effective and environmentally-friendly mode of transport without damaging the landscape of a city. The recharging of the traction batteries is performed fully automatically without any control action required by the driver. During the transition, full performance of the propulsion is ensured; hence the transition is carried out safely and comfortably without any interruption of the driving/braking force. With the opportunity of dynamic and static recharging of the energy storage, the system can be optimised for different track profiles and enables high performance operation with high travel speeds and demanding tracks. The presented operational concept has proven successful with the vehicles in passenger operation since August 2014, illustrating their capability and reliability.

Frank Becker studied Electrical Engineering at the Karlsruhe Institute of Technology (former University Karlsruhe) followed by a PhD. Frank has been a System Engineer in the Propulsion & Controls Division at Bombardier Transportation since 2011. 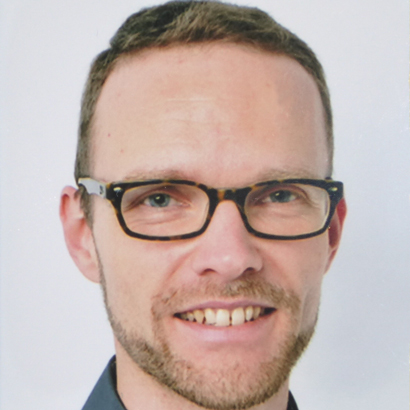