With a length of 18.2km, the Fehmarn Belt Fixed Link between Fehmarn in Germany and Lolland in Denmark will be the world’s longest combined rail and road tunnel and an important piece of EU infrastructure. A tunnel of this length and with handover of trains between Denmark and Germany to different rail systems presents a number of challenges that the state owned client Femern A/S has to deal with. Johnny Restrup-Sørensen, Contract Director for Railway at Femern A/S, explains the role of the European Railway Traffic Management System (ERTMS) in knitting together the Danish and German train control systems to ensure smooth and safe handover of trains. 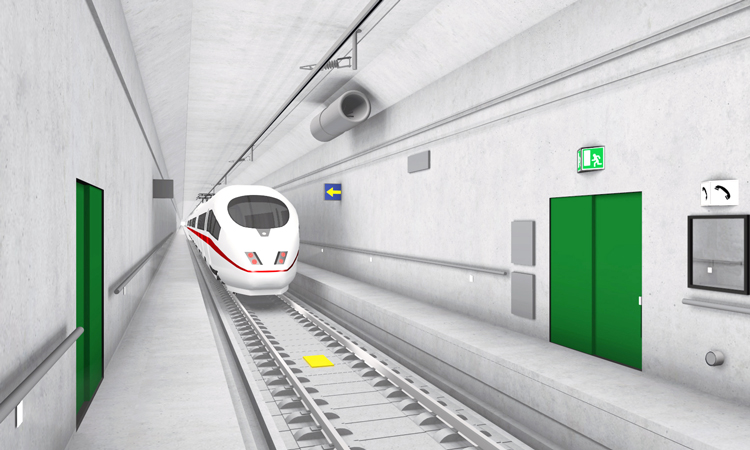 The railway line on the Fixed Link is part of the Trans-European railway network connecting the German island on Fehmarn and the Danish island Lolland with an 18.2km tunnel under the Fehmarn Belt in the Baltic Sea; therefore connecting Scandinavia with mainland Europe and it provides an important part of the Scandinavian-Mediterranean (ScanMed) corridor – one of the EU’s nine priority network corridors.

The ScanMed corridor is integrating the results of former TEN-T Priority Projects 1, 11, 12 and 20, the latter being the ‘Railway Access Fehmarn Belt’. The Corridor is overlapping with the Scandinavian-Mediterranean Rail Freight Corridor 3, which has integrated the former ERTMS Corridor B.

With the tunnel, Denmark and Femern A/S delivers a piece of infrastructure that concretely contributes to fulfilling the EU vision on interoperability on the railway network.

The corridor is a crucial axis for the internal market of the EU, linking major urban nodes and core ports of Scandinavia and Northern Germany to the European hinterland, encompassing the productive centres of Northern Sweden, Southern Germany and Northern Italy, and further to the Italian ports in the Mediterranean.

The coming Fehmarn Belt Fixed Link consists of an immersed tunnel for combined rail and road traffic that will consist of 89 concrete elements that are constructed in Denmark at the coast near the building site. The elements will be transported to sea, lowered to the sea bed and connected. The tunnel will then be fitted with rail and road systems and equipment.

The railway part consists of two tunnel tubes that will each carry traffic in one direction. For its design technical specifications of interoperability, European standards and selected national standards are applied.

Operationally, the railway line is designed for mixed traffic with 200km/h as a maximum speed. The design headway is 3-minutes. Trains up to 1,050m-long are allowed and passenger trains are expected to be 400m-long. The maximum operational speed of freight trains is set to 140km/h.

The challenges in connecting the railway lines between Denmark and Germany are plenty as it is not just a border between two countries. One important challenge is managing the different operational rules supervised by the two countries’ Traffic Control Centres.

In order to overcome these challenges, the Fixed Link will be equipped with the European Rail Traffic Management System (ERTMS) consisting of the European Train Control System (ETCS) and the railway telecommunication system GSM-R. The ETCS will be implemented at Level 2, baseline 3. The transmission of control command information between the radio block centre (RBC) and the trains is performed by GSM-R radio.

Another challenge is the voltage system separation section, located on the island of Fehmarn shortly after the tunnel reaches the German shore. At this section the traction power supply changes between the German system that runs at 15 kV and 16.7 Hz and the Danish system with 25 kV and 50 Hz power supply.

This traction power change is considered to be handled as an automatic voltage switching on-board of the train.

Therefore the ETCS Packet 68 ‘Track Condition’ must contain all relevant information and commands for example the main power switch off. Packet 68 can be transmitted by balises or by the RBC via GSM-R radio. Also, the train must allow for the automatic handling.

The handover of trains

The signalling systems design for the Fixed Link shall enable the cross-border handover of trains between Germany and Denmark. This is an additional requirement compared to signalling systems of national railway lines. The handover must be provided without stopping of trains, at maximum line speed, for both directions and for each track.

For an efficient handover, communication between two radio block centres is required when a train is about to move from one radio block centre supervision area to the adjacent one. The RBC/RBC Handover ERTMS/ETCS language is based on variables, packets and messages.

The handing over procedure consists of three steps. Each step is initiated by a dedicated ETCS packet transmitted either by a balise or by the handing over RBC via GSM-R radio.

The first step is the registration to the neighbouring GSM-R network that the train moves towards. This must be done while the train is still connected to the outgoing network. This step is initiated by the ETCS packet 45 ‘Radio Network Registration’. The simultaneous connection to both the outgoing and neighbour radio network requires a second GSM-R data mobile on-board the train. One network registration attempt may take up to 40 seconds (UNISIG SUBSET 093). There might be a second attempt, so GSM-R network registration may take up to 80 seconds. With regard to the designed line speed of 200km/h, a distance of 4.4km is required here to ensure a correct signalling process in time.

The second step in the handover process is to establish a session with the related accepting RBC. This is triggered by the ETCS Packet 42. This process demands 40 seconds (UNISIG SUBSET 037) corresponding to a distance of 2.2km. In case this session establishment fails the train must be able to stop before passing the RBC handover position. This requires a braking distance of 1.8km.

The third step ensures that the accepting RBC which the train is approaching takes control over the train when it passes the RBC handover position at the signalling interface between Germany and Denmark. This part of the handover is initiated by ETCS Packet 131 ‘RBC Transition Order’. After the handover, the session to the handing over RBC is closed and the connection to the outgoing GSM-R network is terminated.

Taking all three steps together, the total distance between the point of position initiating network registration and the actual RBC handover position must be at least 8.4km. Therefore, this distance must be provided on both the northern and the southern side of the signalling interface. In short this means that the tunnel design must handle:

Advanced systems are planned for early detection of defects that can lead to derailing of trains. After detection of a defect, the train will be stopped by the signalling system before entering the tunnel. This measure prevents serious accidents and increases the safety on the Fixed Link in general.

An indicator for potential derailment is high temperatures of axel boxes and brakes caused by a defect. Thus wayside hot axle box detection systems (HABD) scanning relevant temperatures of passing trains are an important part of the overall tunnel safety system. If the axle box or the brake temperature exceeds a pre-set value, an alarm message is generated and the train can be stopped. Derailment Detectors (DDs) will also be supplementing the tunnel protection system. The DDs will trigger an alarm if a derailed wheel passes the detection point.

Alarm messages from these systems are sent to the signalling system where it is processed. Handling of an alarm can be carried out manually by authorised railway personnel or automatically by the signalling system. As a result, a stop order will be sent to the train where the defect is detected. This order can be delivered verbally via a GSM-R voice call to train personnel or automatically by a written order via GSM-R data.

Automatic alarm handling has the advantage of a short time delay for alarm processing and is the designed solution for the Fixed Link. When receiving an alarm, the signalling system sends an ETCS text message to the train to ensure it slows down and stops at a defined position.

The main criteria for defining the position of these tunnel safety systems are:

The stopping distance(s) shall be applicable for every train approaching the tunnel. Thus the worst case must be elaborated by considering key parameters:

The stopping distance then consists of the train length, the passed distance during alarm processing and the train’s braking distance. The calculation is:

Four cases appear when taking into account freight trains and passenger trains and the events of hot box alarm and derailment alarm. Each case leads to an individual stopping distance. To ensure a safe stop in all events, the longest derived distance is applied which is approximately 4km.

Expected benefits of ERTMS on the Fehmarn Fixed Link

Compared with the existing signalling systems presently utilised in Denmark and Germany, ERTMS is clearly more flexible with regard to conveying cross-border information. Other benefits of implementing ERTMS include:

Johnny Restrup-Sørensen graduated in 1980 with a M.Sc. degree in Civil and Structural Engineering from the Technical University of Denmark. In 1999, he received an Executive MBA degree. Johnny has a track record of more than 30 years’ employment in management positions in public and private enterprises, mainly within the railway industry. He has extensive experience from his work on large-scale infrastructure construction projects. These include positions as Chief Resident Engineer at the Sua Pan Branch Line project in Botswana and Project Director of the Øresund Fixed Link. Johnny is currently Contract Director at Femern A/S responsible for the management of the Fehmarnbelt railway project. 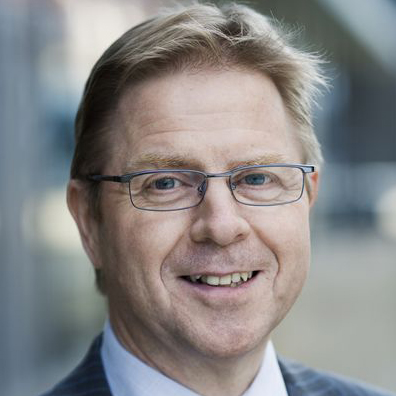